Japanese watches have often taken the back seat of the luxury horology stakes. But the watches from the Land of the Rising Sun packs a punch, not only with interesting and innovative technology, but also in the traditional haute horlogerie game, often besting the Swiss at their own game. Here we take a look at six Japanese watches worth their salt. Each come with our high recommendation. The list has 4 watches from Seiko, and one each from Citizen and Casio.

The number of watch companies operating from Japan is limited. At least in the international arena. Within the domestic scene, Japanese manufacturers have many other brands which are not marketed outside of the country. In this selection, we pick only those which are internationally available, and which meet our criteria of either excellent horology characteristics like design, finishing and execution, and / or value for money propositions. With these two yardsticks in mind, we pick our six.

As usual, detailed reviews are linked on the url in each of the subtitles bearing the name and model of the candidates:

We begin with perhaps the most popular watch within the Grand Seiko range. The Snowflake, originally the SBGA011, and now SBGA211 with the new GS livery. The watch sports a proprietary Spring Drive movement, and is finished to the high and exacting standards needed to make it a Grand Seiko. 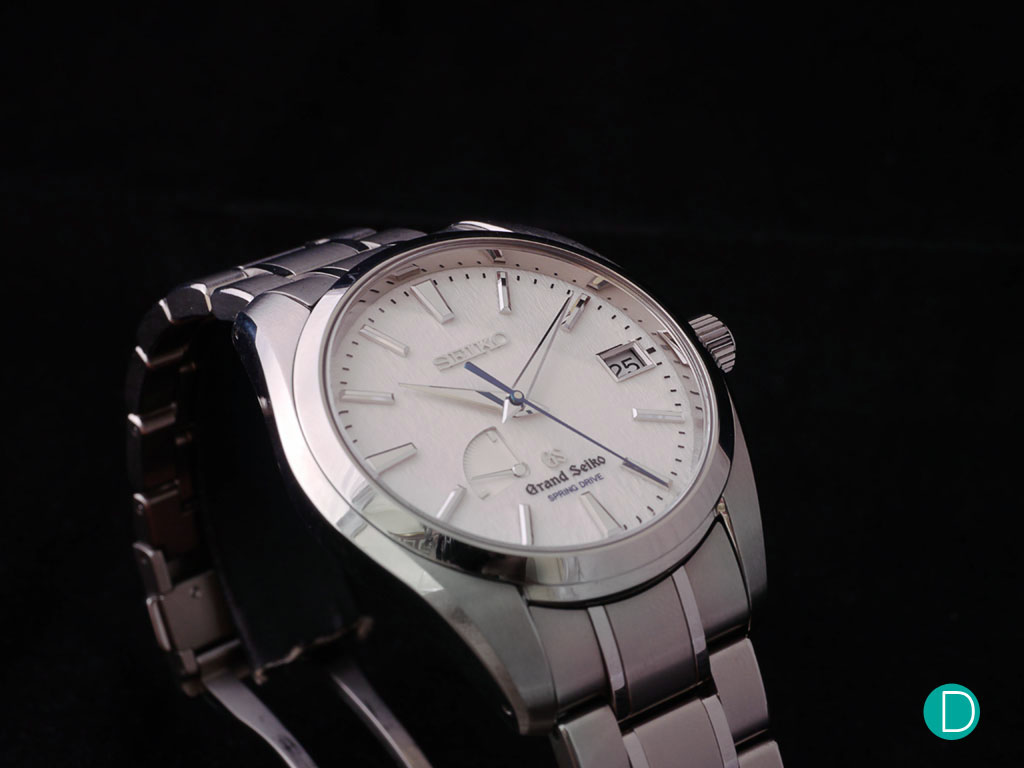 The principle attraction is the case, the dial and the hands, which adhere to a strict design code. The Snowflake excels in each aspect of this code. The indices and hands are angled and cut to ensure maximum reflection of light in as many angles as possible and polished to a perfect mirror finish, which the Japanese call zaratsu. The dial is a very special textured surface, and provides hours of fun watching it play with the light. Amazing watch, and represents a good introduction into the high horology world of Seiko.

There are of course, many options for Grand Seiko, from the Spring Drive to High Beat, from the ultra high end 8 Handwound Day Spring Drive models to the sporty ones like the chronographs and diving watches. But for us, the Snowflake remains the iconic Grand Seiko, and rather accessible at the retail in ¥570,000 (approx S$6,900) in Japan, although the Singapore retail price is set at a decidedly pricier S$10.500.

We move on to a more affordable Seiko, priced at €,2,800 (about S,$4,500). This is the Pressage 60th Anniversary Limited Edition, and the one we picked is  presented with a traditional Japanese Urushi dial. The watch features a fully in-house automatic chronograph movement. And is limited to 1000 pieces. The Pressage series usually represent great value for the money. Other interesting pieces include the same chronograph but in a white enamel dial as well as the more recent Pressage Shippo series with the enamel over guilloché dial, or the Baby Snowflake. 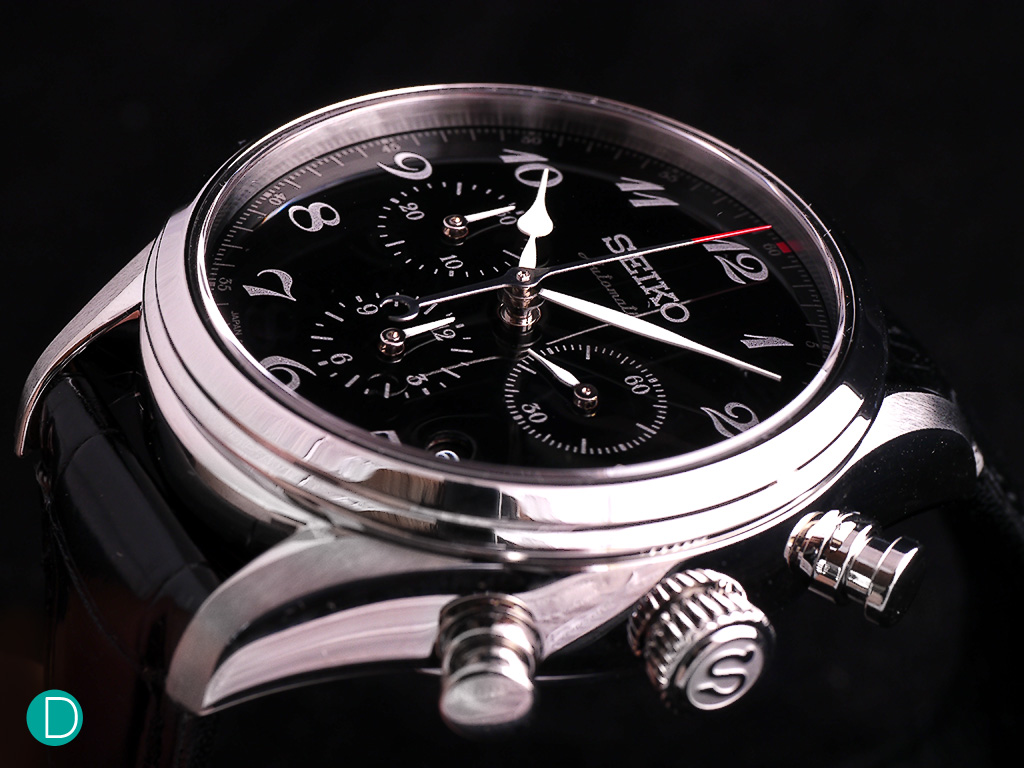 The visual design is rather beautiful, with the sleek curvy case balanced nicely with the black urushi dial. The hands and indices are in white to contrast with the black urushi base. The black base is made from the application of numerous layers of sap from Japanese lacquer trees. After each layer is applied, it is allowed to dry and then hand polished before another layer is applied. This is done under the watchful eye of Mr Isshu Tamura who is a master of the art of Urushi lacquer techniques. The dial will darken as the years pass by.

Further down the pricing ladder, is the Seiko Automatic Diver. And we recommend the PADI version for its very atrractive red and blue “Pepsi” styled bezel. Priced at a mere S$ 667.70 including GST, it has few peers. The case is a tonneau shape, which Seiko enthusiasts have dubbed Turtle. and the indices on the dial are wonderfully large to allow good legibility under the dark conditions of the deep. Although as a diver’s watch it is rated to a depth of 200m, we can almost guarantee that most Seiko PADI Automatic Divers sold will see duty above the water line rather than for diving purposes. Mostly because it makes a tremendous tool watch. But also because it looks so darn good!

Next, we come to the two quartz watches in the list. The first is The Citizen AQ4020 The Citizen Chronomaster. This is a truly remarkable watch which straddles both sides of the equation – a highly accurate movement featuring the latest and most advanced technology, and traditional design aesthetics with haute horlogerie finishing.

The movement is probably the most advanced quartz movement in existance today. A perpetual calendar with a rated accuracy of no more than +/-5 seconds a year. Even though it is a quartz movement, each is hand assembled and hand finished by a single Super Meister at the Citizen manufacture in Iida. In addition, it features a traditional Japanese washi paper dial made by a master paper maker, and the famous Japanese zaratsu finish on the case and indices and hands. The zaratsu finish demonstrated by the reflection on the case side.

The availability of The Citizen Chronomaster is perhaps the most limited one in this list, as it is currently only available in Japan for a modest ¥ 330,000 excl Japanese VAT. Manufacturer warranty including free servicing is for 10 years.

Perhaps an alternative, but in a different direction, more artistic and less technology is Citizen’s Campagnola series. We feature one such Campagnola Ryuga with the masterful use of traditional Japanese urushi powered by a La Joux Perrer (a Citizen owned Swiss watch manufacturer) here. The Campagnola is more widely available in the international market.

We move on to Casio next. Well known as a mass market supplier of watches which are high quality but inexpensively priced, Casio has been pushing the price envelope aggressively in recent years. With the introduction of their MR-G 1000HT and the MR-G 2000 HA prices of which often are closer to the S$10,000 mark than the S$500 it is well known for. But for Baselworld 2018, they introduce a homage of sorts to the first G-Shock they ever made with a series in stainless steel. 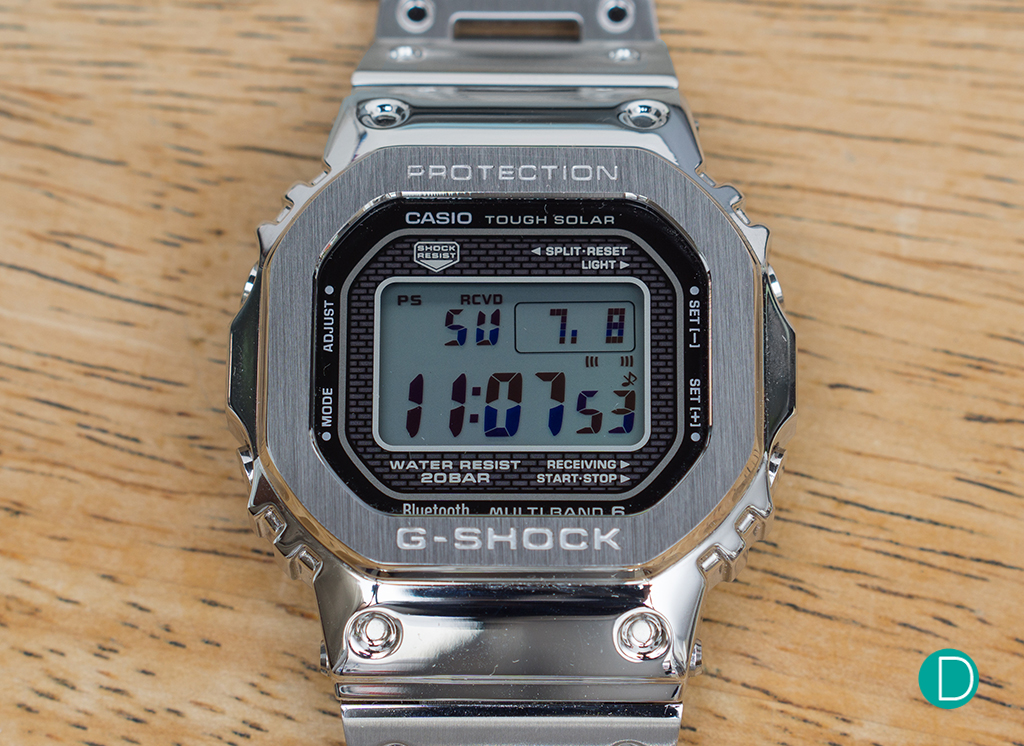 Retailing at S$779, it features a quartz movement (the second on this list) with advanced functions like solar power, multi-band radio and Bluetooth for tikekeeping, as well as multi complication features (five world times, 1/100-second stopwatch, five daily alarms, full-auto LED backlight, 20-bar water resistance) with the usual Casio G-Shock protection in an all steel case and bracelet. That the package looks amazingly good, does itself many favours, as does the reliable and tested engineering within. A well designed and executed tool watch.

And finally a grail piece. The most expensive on this list, but rather a bit more accessible as it is available worldwide through Grand Seiko Boutiques – in the Miami, London, Paris in addition to many outlets within Japan.

The Credor Eichi II is the stuff of legends. The movement is based on the Seiko Spring Drive technology, but is crafted by the artisans at the Micro Artisan Studio in Shiojiri instead of the manufacturing floor. This is a studio of masters,with highly skilled and experienced specialists from master watchmakers obsessed with perfection and finishing, to enamel artists and designers. The studio is a hotbed of ultra high end horology. From thence, also came the masterworks of the Credor Sonnerie, the Credor Minute Repeater and the original Credor Eichi. Priced in rose gold at ¥ 4,300,000 before tax, equivalent to S$ 52,114, it is some 25% less expensive than its platinum cased brother which feature the exact same handmade movement. An option to the Eichi II is the equally enigmatic Grand Seiko Spring Drive Handwound 8 Day Power Reserve, which is now also available in platinum as reviewed, and in rose gold.

Japanese watches have come a long way since the quartz crisis of the mid 1970s. Instead of just making inexpensive, mass market watches, they have found ways to increase their value add with innovative blending of technology and artisan metiers. And have shown that they can hold their own in the company of the haute horlogie maisons of Switzerland and Germany.

In our selection, we have tried to pick a watch for every budget, from the entry level S$ 800 level (Seiko Automatic Diver and Casio Full Steel) to the mid priced S$ 4,000 (Seiko Pressage and Citizen Chronomaster) to the entry level high end at S$10,000 (Grand Seiko Snowflake) to the ultra high end. What would you pick as your representive and iconic Japanese watch?