First formed in 1999, Richard mille has within a short decade become a resounding success. Not only has it established itself in a niche category of its own, it has also become a staple timepiece in the world of billionaire collectors. Naturally, the more inquisitive of us would want to find out, just how exactly did this brand rise to fame?

The not-so-conventional case of Richard Mille

Yes to the double entendre, Richard Mille is arguably amongst the front runners to put unconventional materials on their cases and also one of the most successful brands to use extreme luxury pricing. While most brands sought to provide value with an emphasis on price competitiveness, Richard Mille beat the arrow and went in a completely different direction. It is pretty clear on hindsight that the brand had a focus on being different, be it in design, complication, or style, but mostly on pricing. It pretty much wanted to be the ‘most expensive’ watch in the market.

The Richard Mille RM27-02 Rafael Nadal Edition, which weighs just 19 grams, or the equivalent of three 1-dollar coins. Extremely lightweight but extremely expensive (for most). The watch is priced at CHF 734,500, more than S$1 million.

Possibly the first high-end brand to popularize the use of exotic high-tech materials in watches, Richard Mille together with Audemars Piguet and then later Hublot are some of the most well-known brands today for the material play concept. Audemars Piguet has its forged carbon, which is now replicated in a tonne of watch brands, and Hublot has its fusion concept. Richard Mille however, with its million or multi million dollar price point, gets to play with more sophisticated materials. For reference, let us consider the Richard Mille RM27-02 Rafael Nadal edition.

The base plate is machined from NTPT carbon fiber which is made from several layers carbon filaments made from separated carbon threads, and TPT quartz which consists of multi layered quartz filaments. These materials were jointly designed by Richard Mille in partnership with North Thin Ply Technology (NTPT). The bezel and case back and base plate are all crafted in this carbon fiber and quartz material. With all three pieces connected via 12 titanium spline screws. The RM 027 RN also uses materials developed by NASA that are new to the watchmaking industry such as LITAL, an alloy of aluminum, lithium, copper, magnesium and zirconium. All of which an effort to keep the watch light and strong. A close up shot featuring the excellent finishing of the tourbillon escapement and bridge parts. The movement has a 70 hours power reserve and oscillates at 21,600 vph. Additionally the watch is said to be able to withstand shocks up to 5000Gs.

For a good couple of centuries, watch complications tend to be more subtle. If you recall, tourbillon movements seldom displayed the cage on the dial side. In fact, ultra complications like minute repeaters, split seconds chronographs etc, use simple dials with little of its magic revealed. As with the popularity of the tourbillon display, Richard Mille watches are captivating to most for its technical display on the dial. Skeletonized movements, or open work displays are done in a sporty fashion that can easily capture the new age audience; a clientele fond of watching videos rather than reading books- the generation of the interactive age.

While not the first or the only one in the game, the interactive watch genre has also seen success in the likes of Urwerk’s EMC, which the wearer gets to ‘regulate’ the watch himself via a winding mechanism and MB&F’s HM5 and HM6 with the turning knobs that opens vents and cockpits. The popularity debacle of celebrity endorsements

It is prudent to understand the context of the brand. Richard Mille (the person) was schooled in marketing and if some may have the misconception, is not a watchmaker. Some may call me Captain Obvious, but both Richard Milles are successes because of sound business strategies. Richard Mille made wise decisions using celebrity endorsements in multiple sporting events and strategic geographic locations. Case in point, Yohan Blake and Jackie Chan. Additionally, the brand image that Richard Mille commands was steadily built by Richard mille. With its association with the rich and the famous, and the numerous parties and exorbitant lavishes Richard Mille owners enjoy, the brand quickly develops a cult following of the wealthy, who aspires to be associated with the rich mens’ club. And not only for the men, but the ladies as well, to complete their set of alligator leather Hermès bags, they have to pair them with the trendiest diamond encrusted tourbillon Richard Mille watch. 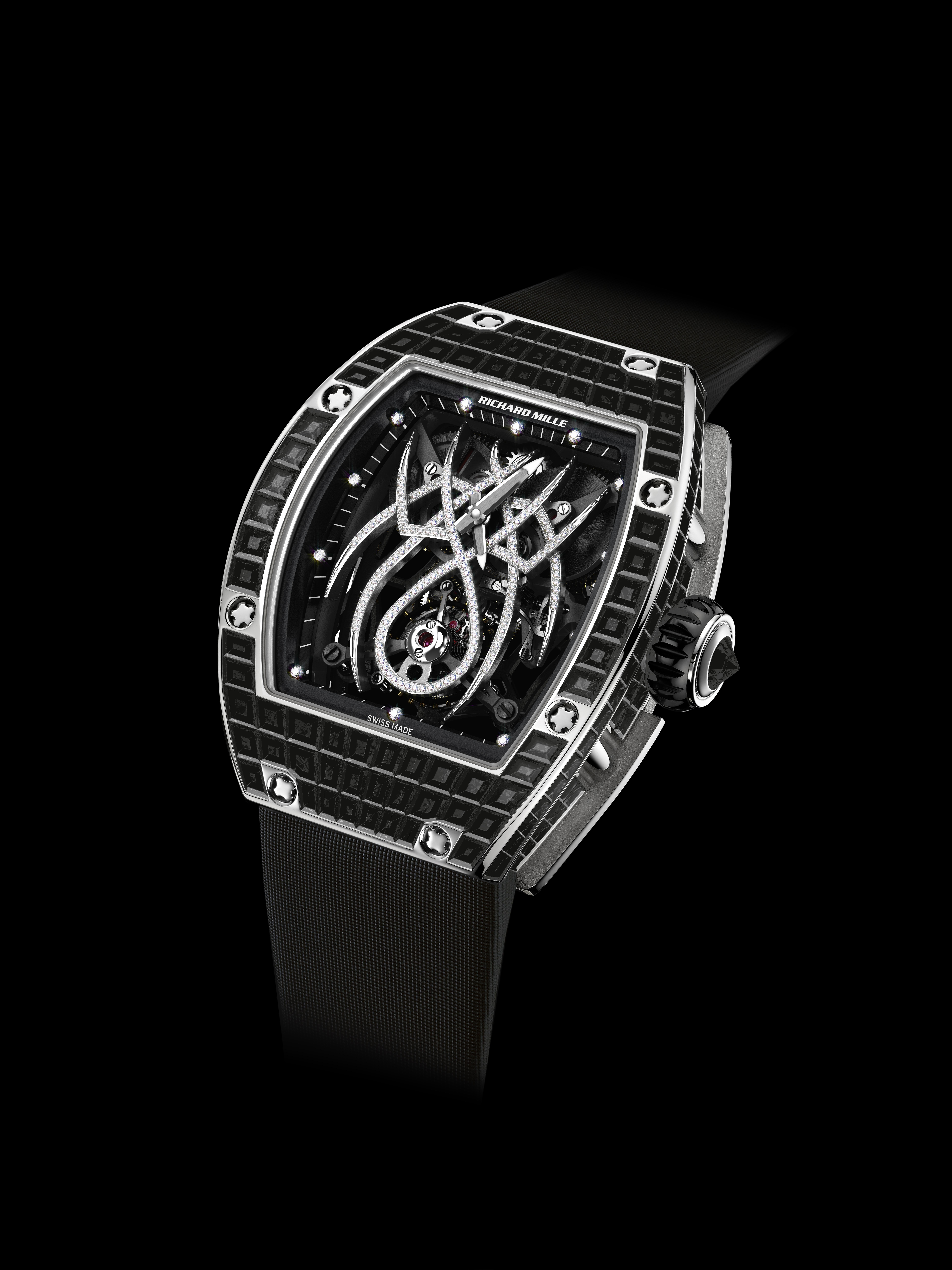 Riding the Social Media wave, with influencers flaunting the lifestyle

Some may recall a similar brand that was prominent before Richard Mille’s rise. Franck Muller. A brand once highly popular for its unconventional case design, the centree curvex and its ‘world largest’ tourbillon cage, and a plethora of eye catching colour themed watches. While many say that to date the brand is on decline, Richard Mille on the other hand is still riding the north wind. Much of its success can be attributed to its timely run in with social media. Content sharing of lifestyle flaunting by many Richard Mille owners seems to perpetuate the brand’s positioning and best of all they come free. Or rather, the users pay Richard Mille to publicize Richard Mille for Richard Mille. Some of us may still recall the wave of Instagram photos with the once popular or maybe still popular Stinghd bracelets and fancy car steering wheels in the background.

All that’s said, one cannot stop to marvel how much this brand has achieved since its inception. While not absolute fans of the brand, we do enjoy what Richard Mille is doing and would love to see how it pans out in the long term. Its greatest challenge is undoubtedly how it maintains or grows its popularity to exceed that of a fad, but a continuity in establishing its uniqueness in its own space.