When the first shots from the film set were taken by the media on location, an Omega timepiece on a NATO Strap could be seen from under 007’s suit sleeve. When the official poster came out for the movie, the NATO strap was clearly visible.  The full length trailer was released recently and revealed what looked like the Omega Seamaster 300 with NATO strap on the wrist of 007. Today we have confirmation of the watch James Bond will be sporting in the new film Spectre.  The release marks a first for the partnership; until now, only commemorative editions have been used to celebrate OMEGA’s link with the franchise.

The watch worn by Daniel Craig in the previous Bond film Skyfall, a piece unique Omega Seamaster Planet Ocean in Titanium was auctioned off by Christies, in the 50 years of James Bond memorabilia auction in 2012 for £157,250.  All proceeds from the auction went to 12 charities. Now, in celebration of the new movie Spectre, fans and watch collectors will be able to buy the same model worn by 007 in the film.  The Omega Seamaster 300 SPECTRE Limited Edition.

The watch features a bi-directional, rotating diving bezel, made from black, polished ceramic, combined with a LiquidMetal® 12 hour scale, so that a second timezone can be tracked.  This differs from the normal production model which has  the regular minute markings and the luminous dot on the bezel for measuring dive times. The central seconds hand of the watch also differs from the regular model with a “lollipop” version instead of the usual arrow tip.  The Omega logo has also been enlarged and the number 12 is removed from the dial.  The watch comes on an Omega 5-stripe black and grey NATO strap. On the strap holder, the 007 gun logo has been engraved.

Each watch has its own unique serial number engraved on the back along with the SPECTRE
film logo, celebrating the latest on-screen adventure. Inside, the watch is driven by the OMEGA Master Co-Axial calibre 8400. 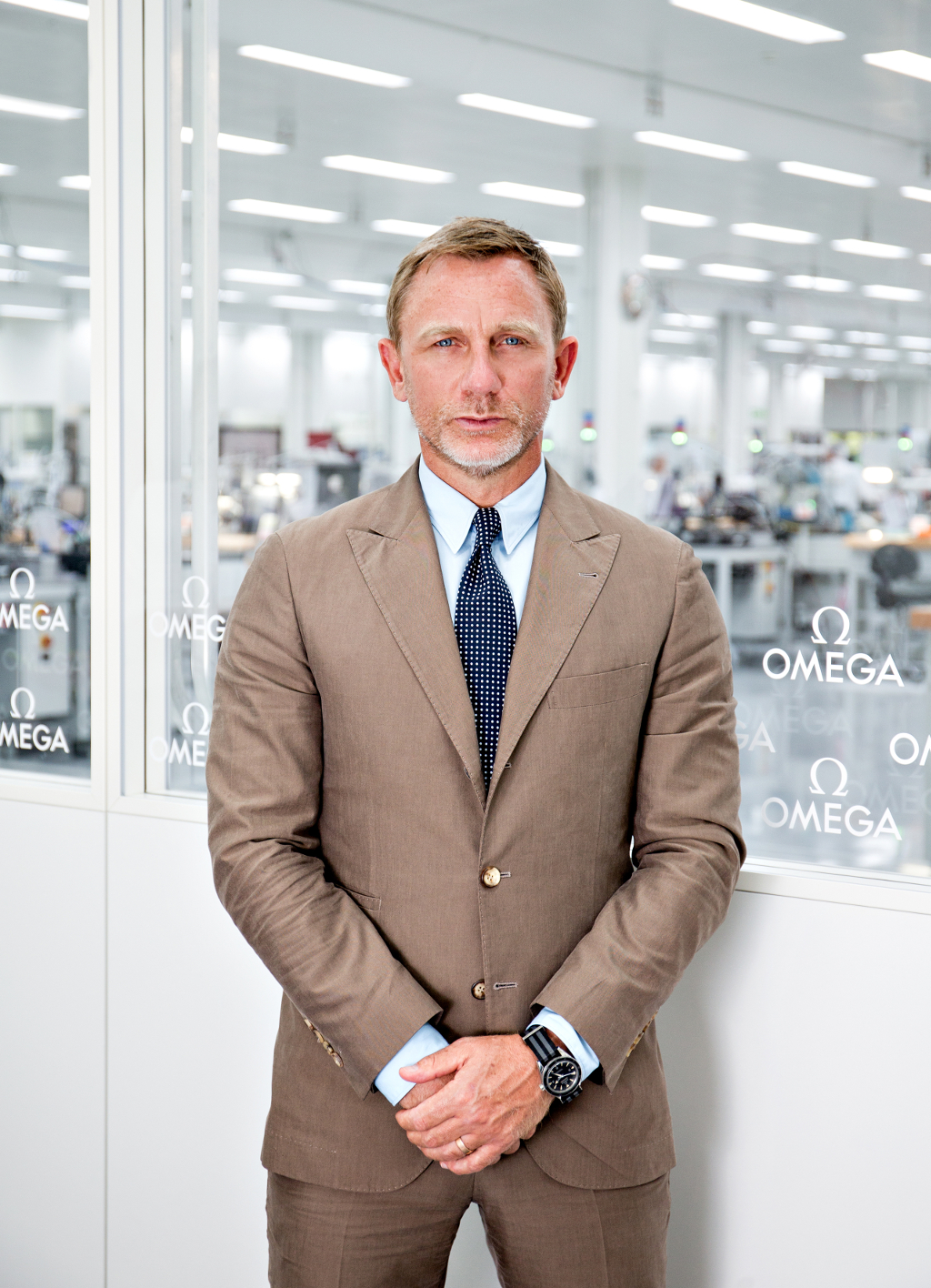 Daniel Craig pictured on a recent visit to the Omega factory. He is wearing the Omega Seamaster 300 SPECTRE Limited Edition.

This special timepiece will be limited to just 7,007 pieces. It will be available in selected
boutiques from September.

The 24th James Bond film Spectre premieres on the 26th of October 2015 in London.