With the UEFA Champions League final between Barcelona and Juventus being played on Saturday, we thought we would take the opportunity to feature the manager of  Juventus, Massimiliano Allegri.  He quite like timepieces from Jaeger LeCoultre.

Massimiliano Allegri currently manages Juventus and was formerly the manager of A.C Milan. When he guided Milan to their 18th Scudetto in 2011, AC Milan marked the momentous occasion by commissioning Jaeger LeCoultre to engrave and decorate a Grande Reverso Ultra Thin Tribute to 1931 for each of the players featuring their name and number plus the club’s logo on the back of the watches. Mr Allegri also received his own customised piece, which he liked to wear while coaching the team.  The final watch had the team colours filled in to provide a nice contrast to the stainless steel case. From what we can tell he added a couple more JLC pieces to his collection. Spotted on the wrist from the photos we viewed, was the Jaeger-LeCoultre Reverso Squadra Chronograph GMT Palermo Open. This model was released at SIHH 2010, so it is certainly  possible Mr Allergi was a JLC fan before Milan commissioned Jaeger LeCoultre for their title winning watch. Grinning because of the scoreline or the watch? The Jaeger-LeCoultre Reverso Squadra Chronograph GMT Palermo Open.  PIcture (C) Gentside Sport

The final JLC spotted on his wrist is a diver.  More specifically the Jaeger-LeCoultre Deep Sea Vintage Chronograph.  The watch has a retro look with its faux patina and dual register layout.  This is a watch that looks great and has a superb caliber 751 chronograph movement. 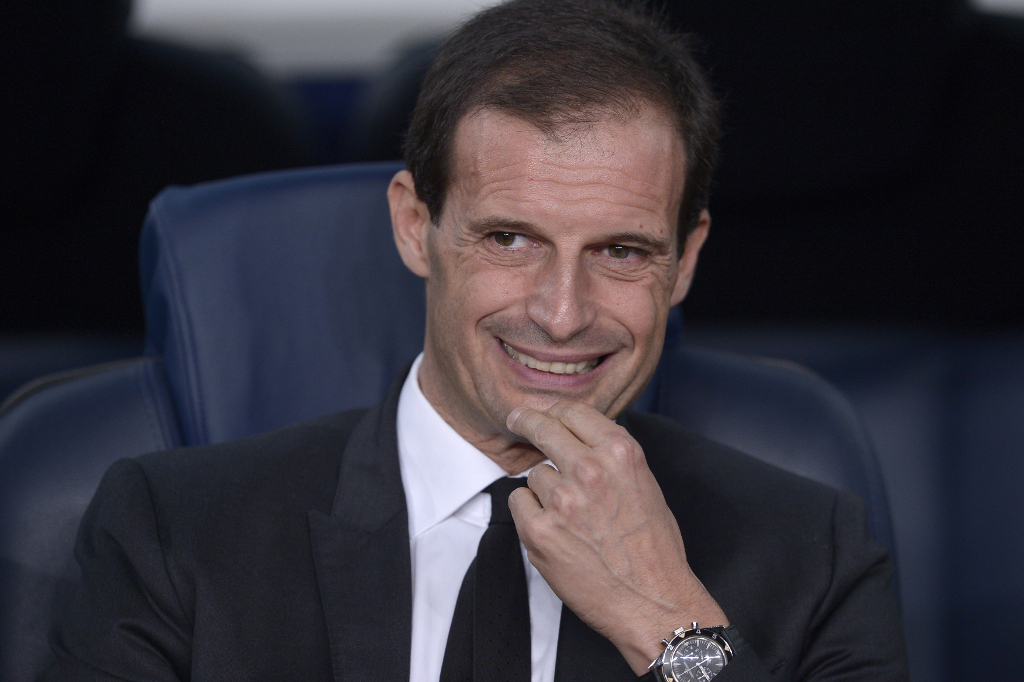 We hope you have enjoyed this weeks Spot the Watch and we are also looking forward to the Champions League final.  It should be a great match!