What do you think attracted the engineering genius Iron Man to this watch? Could it be its ultra-cool aesthetics? Or probably, it could be because it is an electro-mechanical timepiece which tells the time using a series of belts, running in several different directions, showing up to the detail of every second. Let’s take a closer look on his wrist. 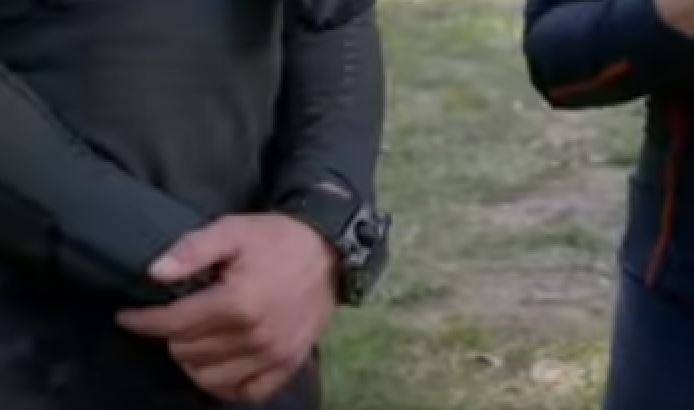 On this still, we can see the very distinctive watch crown of the Tread 1, as well as its unique case shape: And here’s a video on how the Devon Works Tread 1 watch works to tell the time:

Akin to Iron Man’s electro-mechanical suits of armour, the Devon Works Tread 1 runs on a battery which is charged via its watch box. When the watch is resting inside, it charges by induction and each charge will last about two weeks. The watch also goes into “sleep” when not in use, but it will not forget its timekeeping functions. At the press of the crown, just like how Iron Man would power his suit via the arc reactor, the watch can be re-started and it becomes up to date with the time display.

Just this morning at the premiere we spotted Robert Downey Jr. wearing a Greubel Forsey on the red carpet. No doubt everyone’s getting real excited and we definitely can’t wait to watch the movie pronto! However, when the movie is out tomorrow worldwide on 26 April, do be sure to try to spot what’s on Iron Man’s wrist and tell us in comments below if he is indeed rocking the Devon Works Tread 1!