The latest film in the Marvel cinematic universe, Avengers: Infinity War is currently still in production and is due for release on May 4, 2018.  We spotted Robert Downey Jr, who plays Tony Stark a.k.a Iron Man wearing an unusual timepiece, while taking a break from filming to meet a fan, in a photo posted on his Instagram account.

Which timepiece is it?  The watch is made by an American company called Devon Works and is called the Tread 1.    What makes the Devon Tread 1 cool? It is an electro-mechanical timepiece which tells the time using a series of belts. 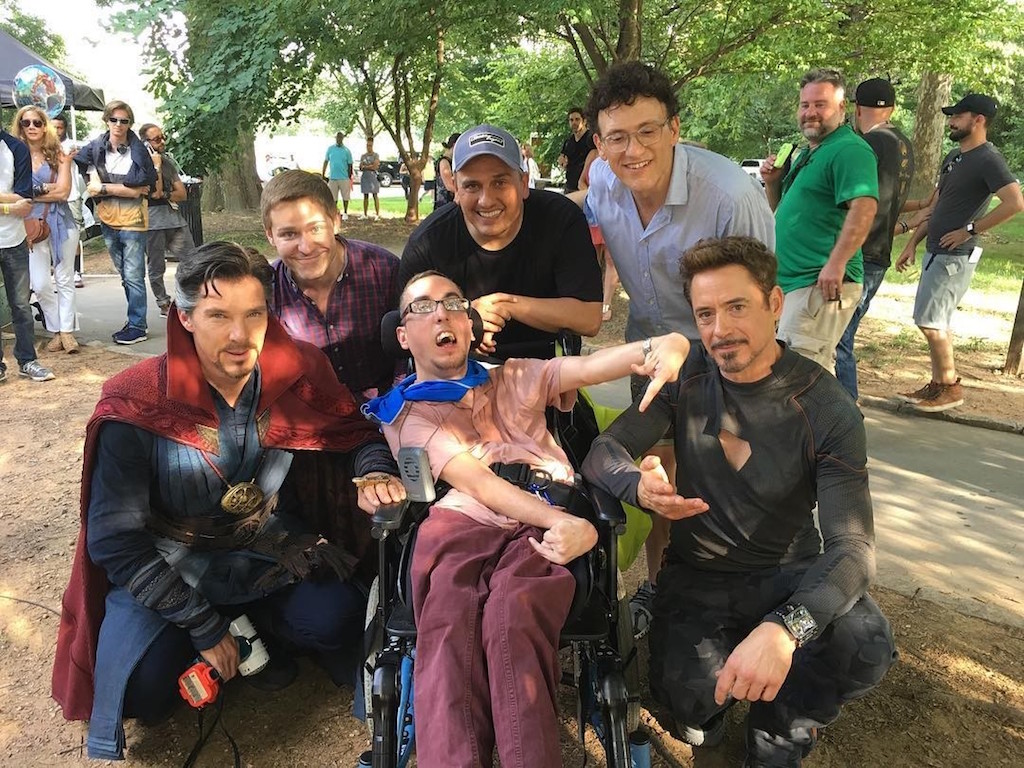 The Devon Tread 1 has a steampunk vibe to it which we like a lot!  A timepiece that is suitable for character of Tony Stark since he is an engineering genius and who also happens to be IRON MAN! Video from Devon Works which shows how the Tread 1 tells time differently:

We dropped Devon Works a message through their Facebook page and their reply was Yes! Robert Downey Jr will be sporting a Devon Works timepiece!

When Avengers: Infinity War is released, we will be keeping an eye out to see the Devon Tread 1 and any other timepieces on the wrist of Tony Stark!

That concludes this Avenegers themed Spot the Watch!