For tonight’s article:  A watch is featured in the most popular motoring program in….. the world.   BBC’s Top Gear and the Breitling Emergency II.

For the first time, a watch was the focal point for a segment of the program.  This was from Episode 6 of Series 22, that aired 2 days ago.

Presenter Richard Hammond was dropped off in the Canadian wilderness, to be rescued by his colleagues Jeremy Clarkson and James “Captain Slow” May.

The only way for him to alert them to his position was by using a watch.  The specific watch in question:  The Breitling Emergency II. 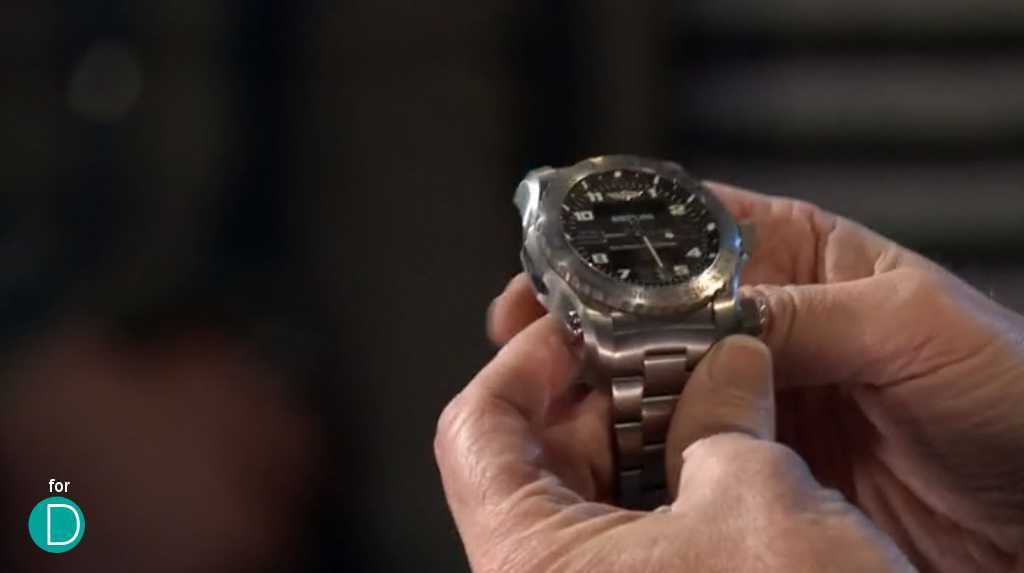 Now the Breitling Emergency II is not exactly haute horologie.  It is a big bulky rugged quartz watch made out of titanium, with a piece de resistance. It definitely can be classified as a tool watch. Certified by the COSC, the SuperQuartz is extremely accurate.  The titanium case can take a beating from the wilderness.

The thing that makes this tool watch stand out from the rest is: Its a lifesaver.  This isn’t something thrown in for marketing purposes.  Previous versions of the Emergency have saved peoples lives.

The Emergency II has been upgraded, to enhance its ability to provide an accurate location to rescue parties. By unscrewing the cap near the bottom of the lug on the right of the watch, allows for the antenna to be pulled out.  After this is done, the second antenna can be pulled out from the left hand side of the watch.

This process activates the microtransmitter.  It operates alternately operating on two separate frequencies. It transmits a first digital signal on the 406 MHz frequency intended for satellites and lasting 0.44 seconds every 50 seconds; as well as a second analog signal on the 121.5 MHz homing and rescue frequency, lasting 0.75 seconds every 2.25 seconds.

The 406 Mhz frequency allows for a precise location to be recorded via satellite, while  the 121.5 MHz frequency acts as a guide for the rescue party when they are close to the person in distress.

Once activated it will last for a period of 24 hours.  This gives the person in trouble an increased chance of rescue.  In Hammond’s case his rescuers were Clarkson and May, who decided to take their own sweet time to find him. The Emergency II strapped to a tree, with antenna activated. A green light will constantly blink at the 12 o’clock position. Picture: (C) BBC

An ingenious piece of technology in a wristwatch, that truly is a potential lifesaver.