During our horological adventures, there are bound to be moments when negative people will take a look and cringed at how much some of the watches cost. This is especially true if one owns a timepiece from the popular watchmakers, such as Rolex, Patek Philippe, and Audemars Piguet. For most of us, we are not buying a watch to show off, because it is expensive. More than that, we buy a watch because we like its aesthetics, or that we appreciate the workmanship and the history behind.

Many of us actually prefer stealth wealth watches. These are basically watches that are well-made and are priced relatively higher, without looking gaudy or ostentatious. They are discreet and elegant, and seldom attract attention. Or to look at it from another perspective, the watch should attract the right sort of attention, from collectors or watch enthusiast that will appreciate it. First up, we have something exquisite from the Land of the Rising Sun: the Credor Eichi.

Credor sits at the pinnacle of Japanese watchmaking. The Eichi is a simple three hand watch with a power reserve indicator. Very elegant and discrete. And it is a prized catch if one can lay one’s hands on one. We too have waxed lyrical about many of its charms.

The Eichi, as seen from the picture, is a relatively simple watch. It tells only the time, and it is fitted with a power reserve indicator. The watch also features a stunning porcelain dial which is manufactured by Noritake. The entire watch is so minimal, but every single detail is taken care of meticulously. The movement, needless to say, is finished amazingly as well.

What makes the Eichi even more remarkable? We reckon it boils down to the attention to detail. The Eichi is handmade by a special team within Seiko, known as the Micro Artisan Studio. The Studio, notably, comprises of eleven master watchmakers. The best in the industry from Japan. No commercial pressure. Only to make the best watch they can possibly do. Reportedly the entire team only make 10 watches a year.

Honestly, we feel that mere words would not do justice to this elegant timepiece, and we would recommend you to take a look at this article to see for yourself what this discreet timepiece is all about. 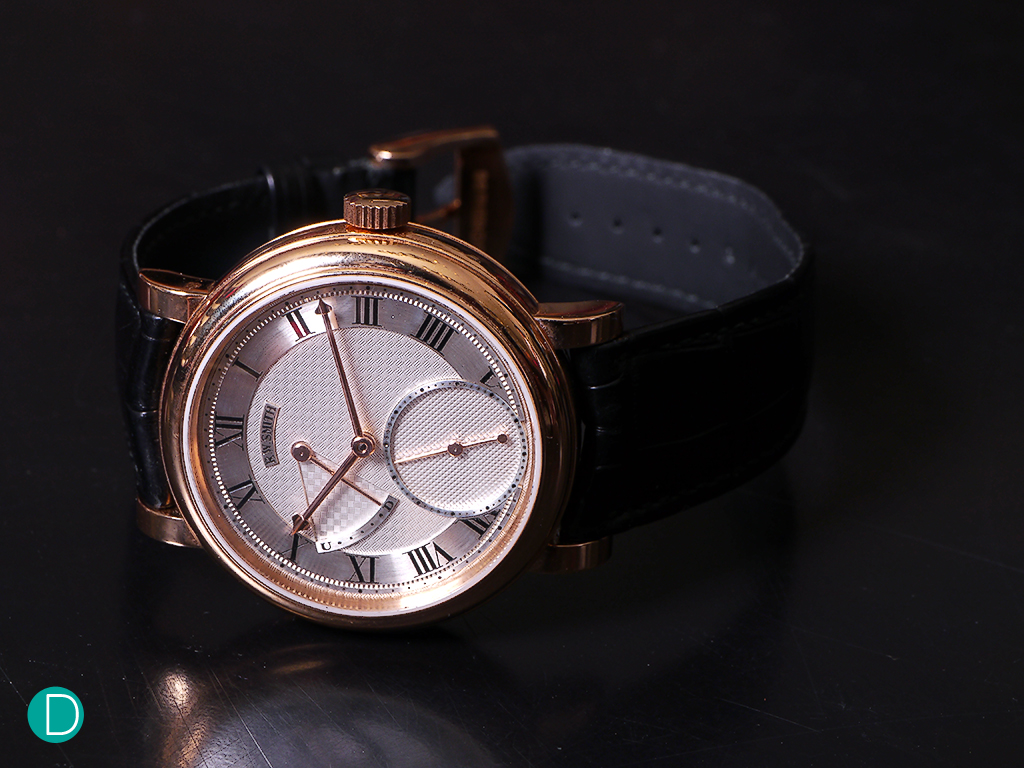 Next, we travel to the Isle of Man to look at an interesting offering from a highly acclaimed independent watchmaker: Roger Smith. The soft-spoken gentleman watchmaker, as some might have known, is the disciple of the late George Daniels. Interestingly, all of Roger’s watches are produced almost entirely in his workshop. This makes it extremely exclusive, which is also possibly the reason why he had only launched two series of watches under his name: the Series 1 and Series 2. Series 3 is being launched at SalonQP in London as we write. We take look at the latter today.

The Roger Smith Series 2 fits the bill of a Stealth Wealth Watch perfectly. The watchmaker, after all, is only known by watch connoisseurs. It is also a very well-made and solid timepiece. Tthe Series 2 is produced primarily using the Daniel’s Method, using the co-axial escapement and the three part case construction methodology. The movement, for instance, features a gilt-frosted three quarter plate that gives it great rigidity. The same goes for the aesthetics, where it mixes classiness and quirkiness together.

And it feels very English too. Dignified, quiet, sober, discrete, but yet packs a punch. 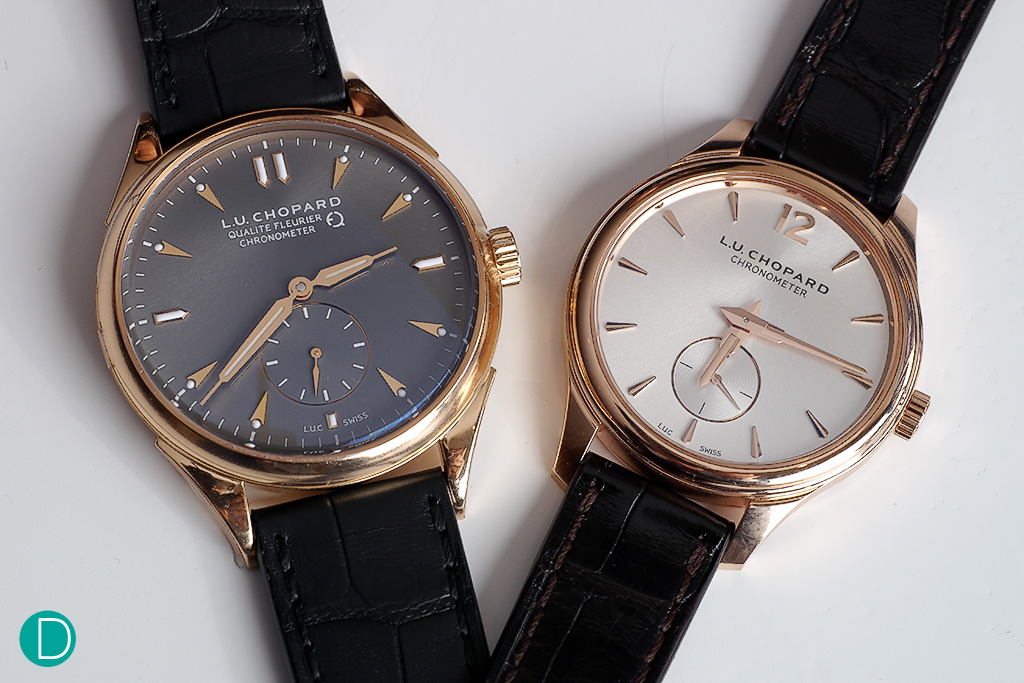 When it comes to Chopard, it is probably the Mille Miglia collection that most collectors will be familiar with. But we will let you into a open secret. Check out the L.U.C collection, and be prepared to be blown away with its timepieces. And we reckon the  L.U.C Qualité Fleurier, simply sums up all the good things about the collection nicely.

When it comes to first impressions, the L.U.C Qualité Fleurier had already scored plenty. For starters, we love the watch’s simple and classy design. The lack of a complication makes the watch very pleasant, especially when the rose gold timepiece is paired with a stunning slate grey dial.

At 39mm, it is sized very appropriately for a dress watch. Finally, we think that the finissage of the movement is amazing. Most of the watches in the L.U.C collection are finished very well. And the pièce de résistance of this watch? Well, it is none other than the “FQF, La Haute Horlogerie certifiée”, in which it is the most stringent certification to attain in the horological industry. The JLC Reverso Platnium 2. The watch features a tourbillon, and it is hidden from the prying eyes of the public.

The Jaeger LeCoultre Reverso Platinum 2 is a rather intriguing timepiece. From far, the watch may seem like any other stainless steel Reverso. But in this case, beauty is more than skin deep. Flip the Reverso case, one is impressed with the heft and smoothness of the flip that is not apparant in the stainless steel case, and the reverse side reveals a magnificent tourbillon movement. The quintessential stealth watch.

The Reverso Platinum 2 is still an attractive timepiece. We absolutely adore its iconic reversible Grand Tallie case, and the alluring slate grey dial that compliments it. The combination looks great on the wrist, especially when it is paired with formal attire. Also, the movement is made in solid 18ct solid white gold, a rather unusual material for movement plates. The Calibre 848 is finished exceptionally well. We then move on to one of our favorite watchmakers from Germany: A. Lange & Söhne. For many of our readers, A. Lange & Söhne is known to have made some of the world’s most beautiful watches, including the three-hand 1815 that we are featuring today.

The reason for choosing the 1815 is clear. Firstly, the watch is very simple and discreet, which means that it will not attract the attention of many people. And this leads us to the second point. A. Lange & Söhne is a brand that not many people on the streets will know, which means that only those who are learned or are highly interested in watches will take notice of the timepiece on your wrist. And finally, the watch is finished exquisitely as usual.

Besides the 1815, the Saxonia might be another watch from A. Lange & Söhne that you might want to consider. The Saxonia is yet another dress watch that is discreet, simple, and yet well-finished. Either ways, you would not go wrong because both of them are excellent pieces, and they certainly fit the requirements to be a stealth wealth watch. The Philippe Dufour Simplicity. The name probably describes what the entire watch is all about.

Finally, we end our article with a watch from another legendary independent watchmaker. The watch is none other than the Simplicity, from the effervescent master watchmaker Philippe Dufour.

The Simplicity has always been one of our favorite watches. A holy grail. It is, in our opinion, the perfect dress watch. The combination of case dimensions, design and proportions are just right. The aesthetics are simply pleasing to the eyes. And needless to say, the finishing is outstanding. The entire watch is akin to a symphony, where many different wonderful instruments come together to create a melody that is harmonious and pleasing to the ears. Similarly, the different aspects of the timepiece blend in seamlessly with each other, and it results in this dress watch that is both gorgeous and yet manages to fall under the radar of the general public.

Well, that was the week’s installment of Throwback Sundays. While collectors may find some of the watches that we have featured today are pretty familiar, but for the man in the street, these names may sound alien. And that is the main point of stealth wealth watches. You do not want the whole world to know what you are wearing. Only people who matter. A certain kind of snobbishness which is born out of class rather than crass.

One interesting thing that you might have noticed is that stealth wealth watches we selected are not be fitted with many complications. The reason is simple. We reckon that complicated watches may attract more attention than a simple one.