Spot the Watch: The Sopranos For this weeks Spot the Watch we are diving into the world of wiseguys. If we have spotted watches in a film or television show we will cover them under Spot the Watch as well.    We love a good gangster movie or TV show.  The Sopranos is one of the greatest television shows ever created.  For six seasons viewers watched the life of New Jersey mob boss Tony Soprano, played by the late James Gandolfini, an incredibly talented actor.  We thought we would cover some of the interesting timepieces that have been spotted on the show.

We will start off with the iconic Rolex Day Date aka the President.  Tony Soprano wore a yellow gold model with a champagne dial.  It was on his wrist for the entire six seasons.  A watch appropriate for a mob boss?  We suppose so since it reflects a certain level of power and wealth.

His wife Carmela Soprano played by Edie Falco also wore a Rolex.  The model on her wrist was a ladies two tone Datejust with jubilee bracelet and a silver dial.  A pair of nice Rolexes for the Soprano family members. 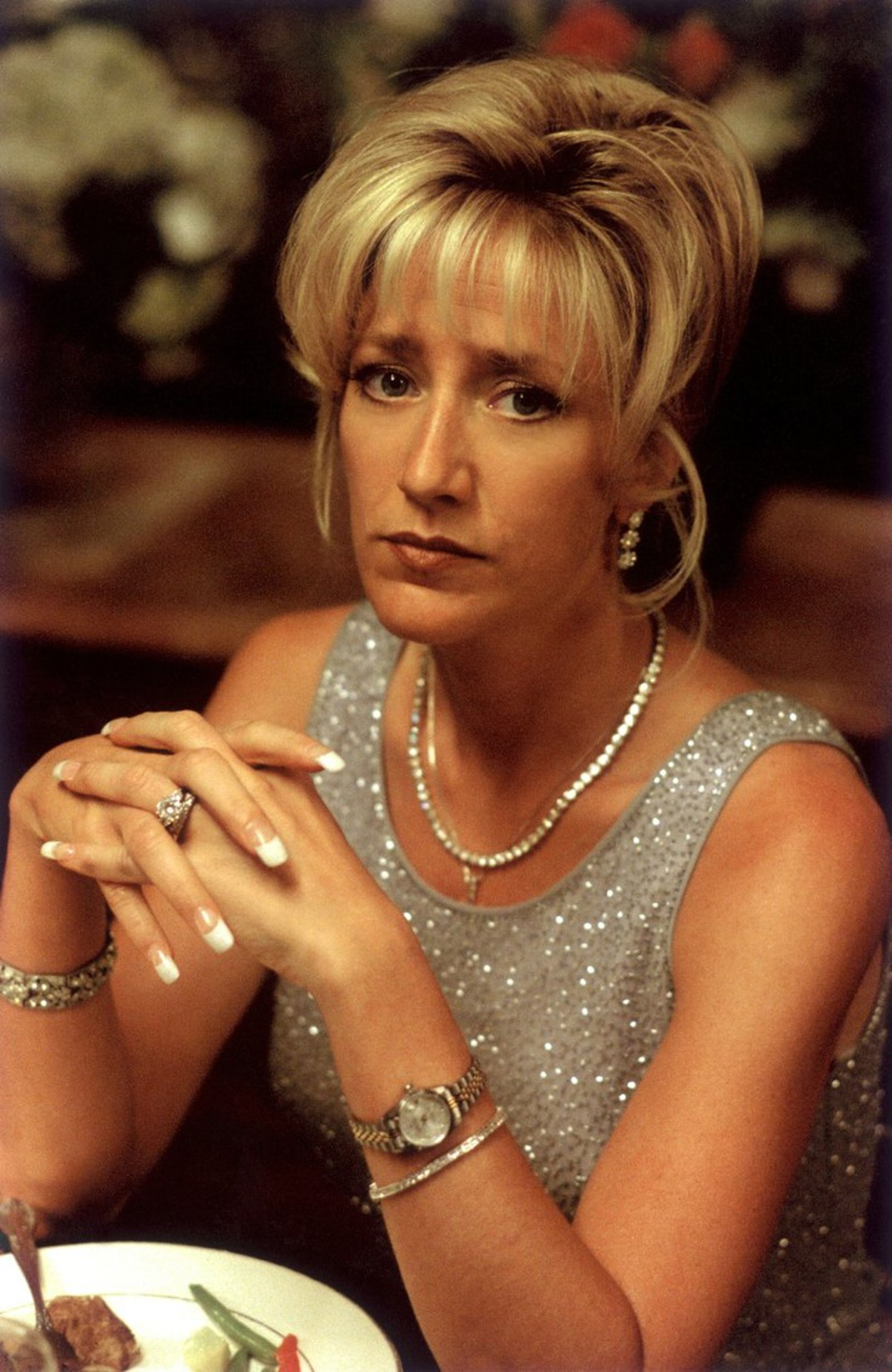 Salvatore “Big Pussy” Bonpensiero, played by Vincent Pastore was another character on the show to wear a Rolex Day Date.  His watch was also yellow gold but with a red dial.

One confirmation we couldn’t be 100% positive about was the watch worn by Albert “Ally Boy” Barese played by Richard Maldone.  He wears what appears to be a Rolex Daytona in stainless steel with a black dial. Rolex Daytona in stainless steel with black dial? Sure looks like it! Or maybe it isn’t!? Forgetaboutit! Picture (C) HBO

The next watch featured is from Patek Philippe.  It was a gift from Tony Soprano, to Carmela’s cousin Brian Cammarata for giving him advice in relation to a real estate deal.   The reference 5037 is a annual calendar with diamond indices and a diamond bezel.  The material of the case and bracelet is 18k white gold. The next brand to be featured in the show is Cartier.  The character Christopher Moltisanti played by Michael Imperioli, had a taste for luxury cars and wristwatches.  As he progressed up the mob later, he came into more money which meant he was able to obtain the nicer things.  We noted a yellow gold Cartier Pasha Grille on his wrist during the fourth season. The final timepiece we are featuring comes from Oris. The character Vito Spatafore played by Joseph R. Gannascoli, wore a stainless steel Worldtimer.  Definitely more low key than the watches of his fellow wiseguys Tony Soprano and Christopher Moltisanti.  The Oris Worldtimer allows for a 2nd timezone to be tracked easily with the subdial at 3′ o’clock.  Adjusting the hour for the local timezone forward or backwards is made easy via the pushers at 4 and 8 o’clock. The Oris Worldtimer, on the wrist of Vito Spatafore. Picture (C) HBO

We hope you have enjoyed this instalment of Spot the Watch!