On the 13th this month, both the media and clients were invited to two special events that were held by Bulgari to showcase their latest 2016 novelties. It was also done in collaboration with the legendary All Blacks Sevens team, who was here to compete in the HSBC World Rugby Sevens Series that was held over the weekend.

Notably, these two entities have a short but wonderful relationship since 2011. And with the All Blacks Sevens team competing in the rugby competition here, Bulgari had seized this rare opportunity by introducing a couple of excellent activities to allow both the clients and media to get up close and personal with some of the players.

Rugby Clinic with the All Blacks Sevens First, the media was invited to a Rugby Clinic session at The Cage Sports Park with three All Blacks Sevens players (Regan Ware, Isaac Te Temaki, and Teddy Stanaway) and Coach Mark Harvey. We were divided into three different teams, with each team led by one of the All Blacks Sevens players. Some of the drills include basics such as ball-passing, throwing, as well as lineout lifting. Here, in one of the drills, a member of the opposing team tries to run past Teddy Stanaway. Some of the participants doing the lineout lifting, and vying to catch the rugby ball.

It was followed by an autograph and picture-taking session, where some of the lucky fans managed to snap a picture with the players and had their memorabilia signed by them. One of the fans getting his jersey signed by Teddy Stanaway.

Oh, and of course, not forgetting the awesome food truck! 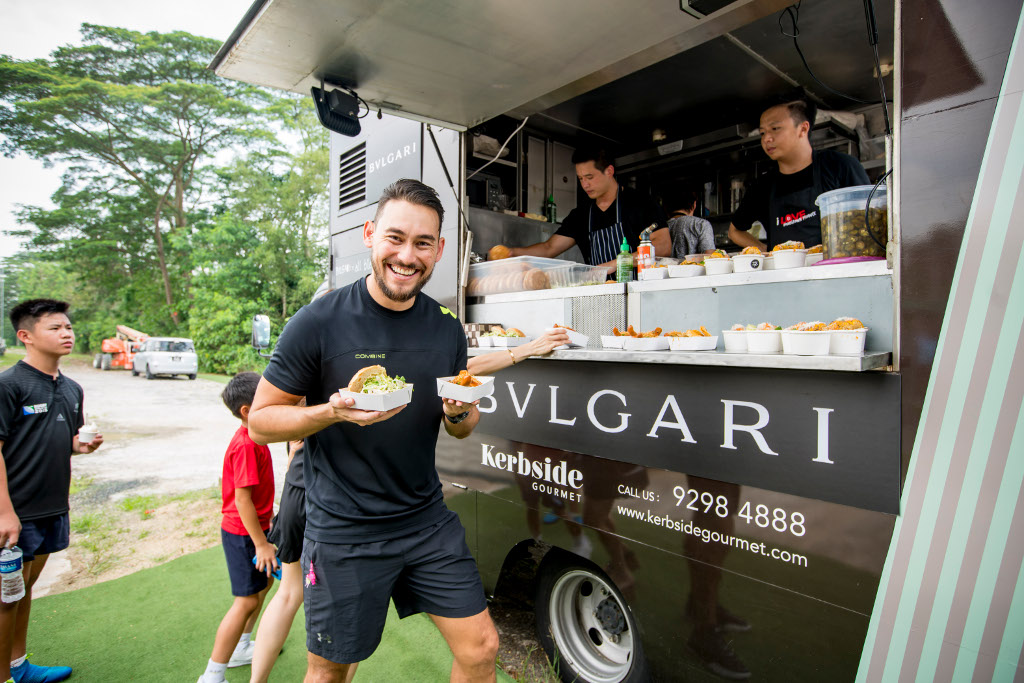 The food truck, which served delicious snacks such as Cajun Chips and “Bak Chor Mee” Hot-Dogs!

Cocktail and unveiling of the 2016 novelties @ EMPRESS

On the same evening, there was a cocktail held at EMPRESS to showcase some of Bulgari’s novelties from 2016. Special guests include Liam Messam, Sir Gordon Tietjens, and Kurt Baker from the All Blacks Sevens. One of the main highlights, besides the appearance of the members from the All Blacks Sevens, was the Octo Finissimo Minute Repeater. Other 2016 novelties, from the Octo and Serpenti collection, were showcased as well. Hmm, is that a rugby ball or a watch box? A full review of the novelties, such as the Octo Finissimo Minute Repeater, will be released here soon. Watch this space.

Once again, we thank Bulgari for their hospitality and the interesting line-up of activities that we had on the day itself.