Throwback Sundays: Six Recommendations for a Speake-Marin Watch, from Our Archives
Previous
RANDOM
F1 in Singapore: The watch related events that YOU can attend
Next

Over the last few years, SEVENFRIDAY had impressed both collectors and non-collectors alike with three different series of timepieces. Often known for its conversational and aesthetically-interesting pieces, SEVENFRIDAY have slowly but surely evolved into a brand that is synonymous with style and fashion. Introducing the SEVENFRIDAY Q-Series: the latest to hit the market. 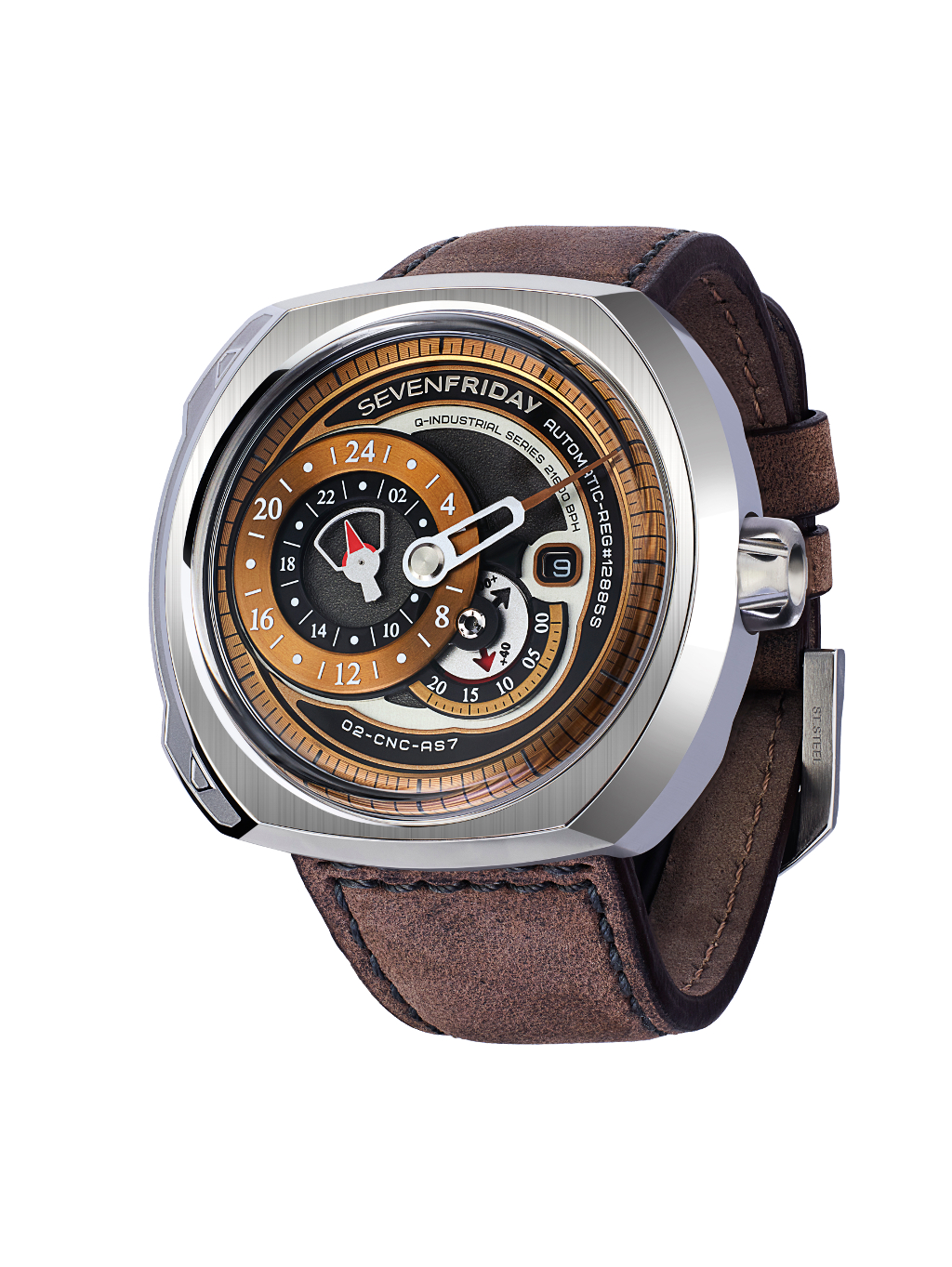 The new Q-series, from SEVENFRIDAY.

There are also other features in the SEVENFRIDAY Q-series that were ported over from its siblings. This includes the NFC Chip (which allows user to authenticate the watch), the quick strap-change mechanism, as well as the seconds disc that is fitted with the “additioner system”, first seen on the V-series watches. The watch is also fitted with the “transparency case”, in which it embodies the company’s transparency policy and reflects the origins of the product’s components.

Notably, there are 3 different variants of the Q-series. Each of them is tied to one of SEVENFRIDAY’s three industrial universes: Essence, Revolution, and Engines. Each of them are cased in different materials, with different styles and straps to match its theme. We explore each of the series below. The Q1 takes inspiration from the music industry, with its design cues featuring both modern and vintage equipment that are found in a recording studio. The watch is fitted with a polished stainless steel case, with a vertically brushed top bezel. Interestingly, the dial uses rhodium and gun metal extensively, which gives off a rather contemporary industrial vibe. It is also paired with a black semi matt calf skin leather strap, with tone to tone stitching. Next, we move on to the Q2/01, which draws its inspiration from transportation. Or more specifically, vintage steamboats. During the height of luxury in the 1800s, these steamboats were a sign of status which allow people to relax and enjoy a holiday out at the sea.

The Q2/01 is fitted with a dial that uses copper extensively. It was derived from the ship’s Engine Order Telegraph (EOT), which is an instrument that transmits signal from the bridge to engine rooms with speed and directional instructions. Notably, the rustic device was constructed from brass and copper, which SEVENFRIDAY tries to replicate the vintage effects with the use of copper for the dial. The stainless steel watch is completed with a brown suede calf strap, which rounds off the vintage feel nicely. 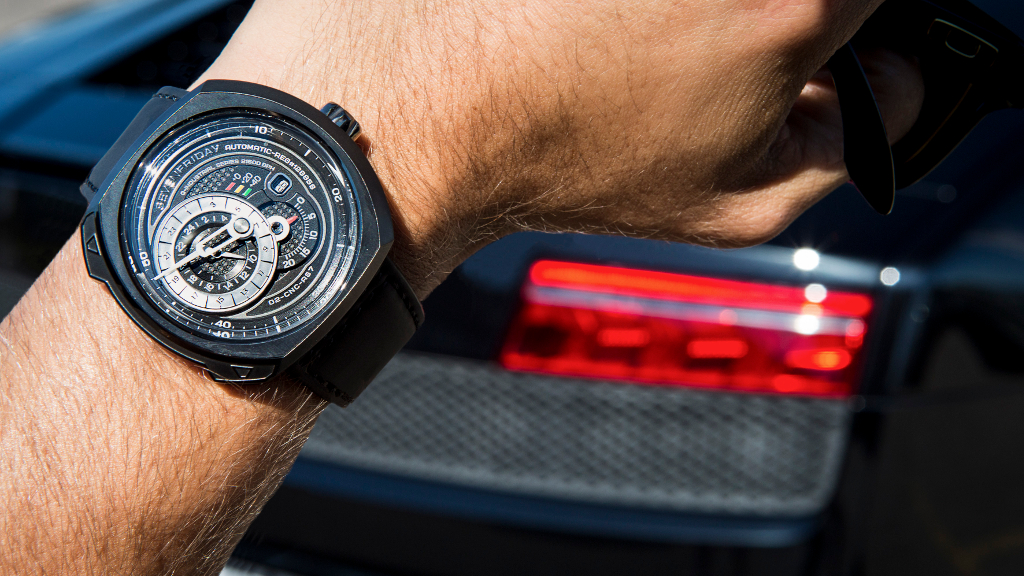 Finally, we have the Q3/01 – inspired by engines and pit lane from the race tracks. Unlike the other two variants, the Q3 is fitted with a black PVD treated and sandblasted steel case. The theme continues with the dial, in which it features a combination of gun metal, rhodium, and matt black components. In addition, to accentuate the effects of the pit lane and the gauges/equipment that were used in racing, the designers included red, yellow and green printings (and hands) on the dial itself. The effects of the latter adds a splash of colour and is quite attractive as it is set against a black background. To end it off, the watch is complemented with a black soft touch calf skin leather strap.

Each of the watches here are powered by Miyota’s 8219. This is a self-winding movement, which feature a minimum power reserve of around 40 hours. As mentioned, the watch features a de-centralised 24 hours display, as well as a date indicator at the 3 o’clock position.

The 44.3mm timepiece, which features a similar case style as the V-series. Critics used to say that SEVENFRIDAY is a one-trick pony, but we beg to differ as over the years, we see that they have moved away from their iconic and landmark P-series where they started. They have continued to explore with different case design and complications with both the M-series and V-series. On paper, the new Q-series is something that is rather attractive as well, and we will bring you a detailed hands-on on the series once we get our hands on the actual samples.

Posted In
News, Watches
Tags
Q SeriesSeven Fridaysevenfriday
Q Series, Seven Friday, sevenfriday
What's your reaction?
I Love It
32%
Cool
52%
It's OK
12%
What?
0%
I Hate It
4%
like
You might also like
New Release: SEVENFRIDAY M3/01 Spaceship
In Conversation: Daniel Niederer, aka Danimal, aka the @SevenFridayGuy