This last horological fortnight was a bit quieter than the last month, and will also be less active than the fortnight to come. Here are the two significant events Deployant attended.

We attended the Harry Winston timepieces for the launch of Opus 14 in Baden Baden, Germany; 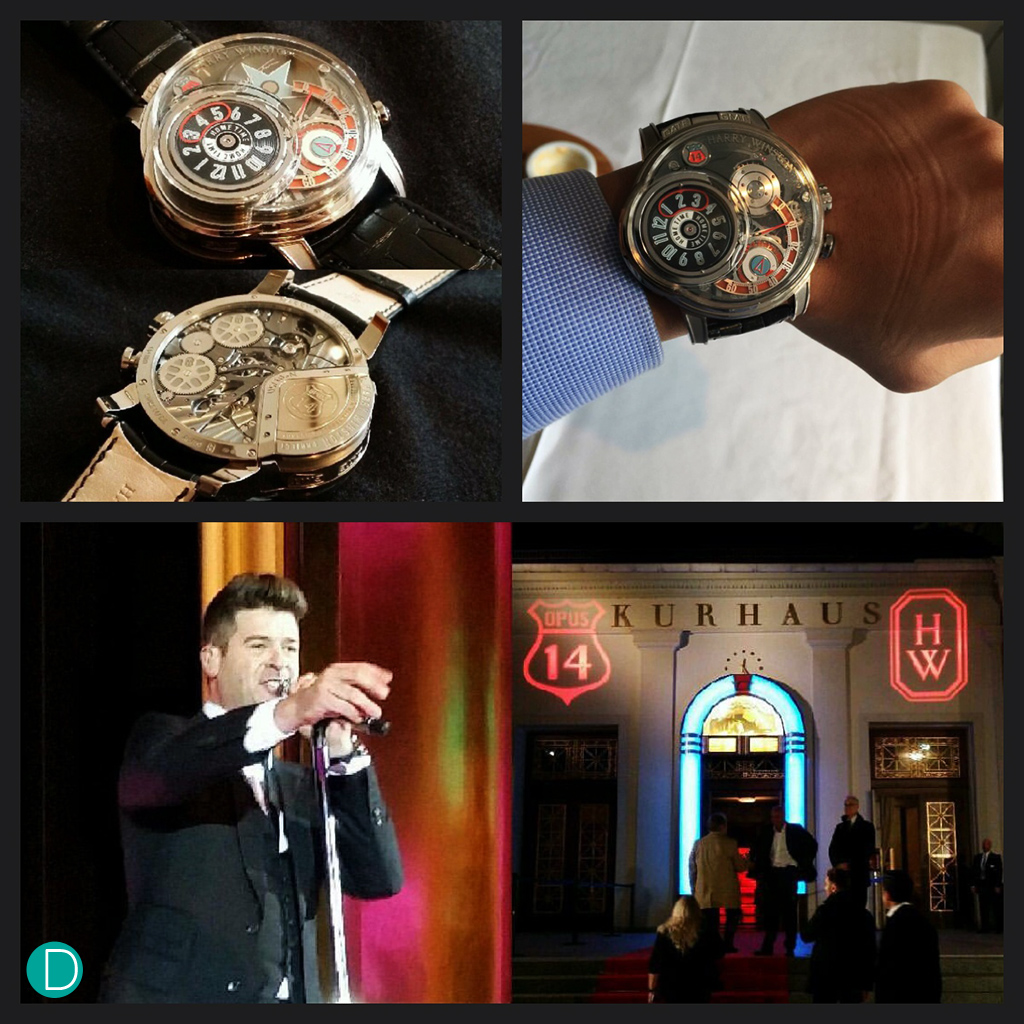 With a theme of Americana, the launch party started with a car ride of pure American classics from the bygone era while listening to classics such as Elvis.

A “diner” was to be the venue of the launch, complete with roller skating hosts and enormous jukebox as centerpiece of the stage.

The party also serves as introduction for Harry Winston ambassador who happens to be the entertainer for the night, Robin Thicke.

On the second day, attended an exclusive luncheon hosted by our dear friends from Watchonista where we got to meet the two watchmakers – Johnny Girardin & Franck Orny – behind the idea of Opus 14 as well as to play with the actual working piece. The lunch was done at Schloss Neuweir which was fantastic both food wise and location. Also happening during the last horological fortnight: the Jaeger Lecoultre boutique in MBS re-opened after extensive renovations and remodeling. Amidst much pomp and pageantry of the double lion dance and champagne, canapés the Jaeger LeCoultre MBS Boutique was officially open for business. The new Boutique remains in the previous location, and even though the space occupied is the same, the visual impression is the store is not much larger, with more space. Beautiful renovation.