For this weeks Spot the Watch, we are bringing you a feature on Members of Royal Families around the world that we have spotted with interesting timepieces.

First we will start off with the British Royal Family.  The British Monarchy is one if not the most famous Royal family in the world.  Prince Charles, Prince Harry and Prince William all like their timepieces.  Prince Charles is frequently seen wearing his Parmigiani Fleurier Toric Chronograph.  He is wearing it in the picture below. Close up shot of the watch on his wrist. Prince William always wears his stainless steel Omega Seamaster.  The watch was a gift from his mother the late Diana, Princess of Wales. Prince William with his Omega Seamaster gifted to him by his mother Princess Diana.  Picture (C) Today Online

His brother Prince Harry has been spotted with two different timepieces.  The first is the latest generation of the Rolex Explorer II the Reference 216750 with orange second hand based on the old vintage Reference 1655 model. The second watch spotted on his wrist is the Breitling Aerospace Quartz, with chronograph and full calendar.  A watch suitable for a pilot like Prince Harry who is trained to fly Apache attack helicopters. Prince Harry and Usain Bolt. On the wrist of the Prince is the Breitling Aerospace.  Picture (C) Daily Mirror

The next member of the British Monarchy spotted with an interesting timepiece is Prince Michael of Kent.  The only member of the monarchy to keep a full beard.  Like Prince Charles he quite likes his fine tailoring.  What caught our eye was the vintage two tone Audemars Piguet Royal Oak on his wrist.  The watch has AP’s signature tapestry dial in dark grey.  Nice to see the Prince wearing the uncommon two tone version. Years later, the beard has gotten grayer but the dapper level of dressing has remained and the AP is still on the wrist. We move onto the Spanish Royal Family.  Juan Carlos I was the King of Spain from 1975 to 2014, before abdicating and handing over the title of King to his son Felipe VI.   Juan Carlos is a known watch collector and among his pieces is a Richard Mille 009 and a vintage Audemars Piguet Royal Oak with black coating.

His son Felipe VI, the current King has a few timepieces of note.

King Felipe VI is pictured here with an Omega peeking out from under his shirt cuff.  The model in question is the Seamaster Planet Ocean Olympic Edition.  How can you tell its the Olympic edition? It has Arabic numerals and the Omega logo and wording is in red. 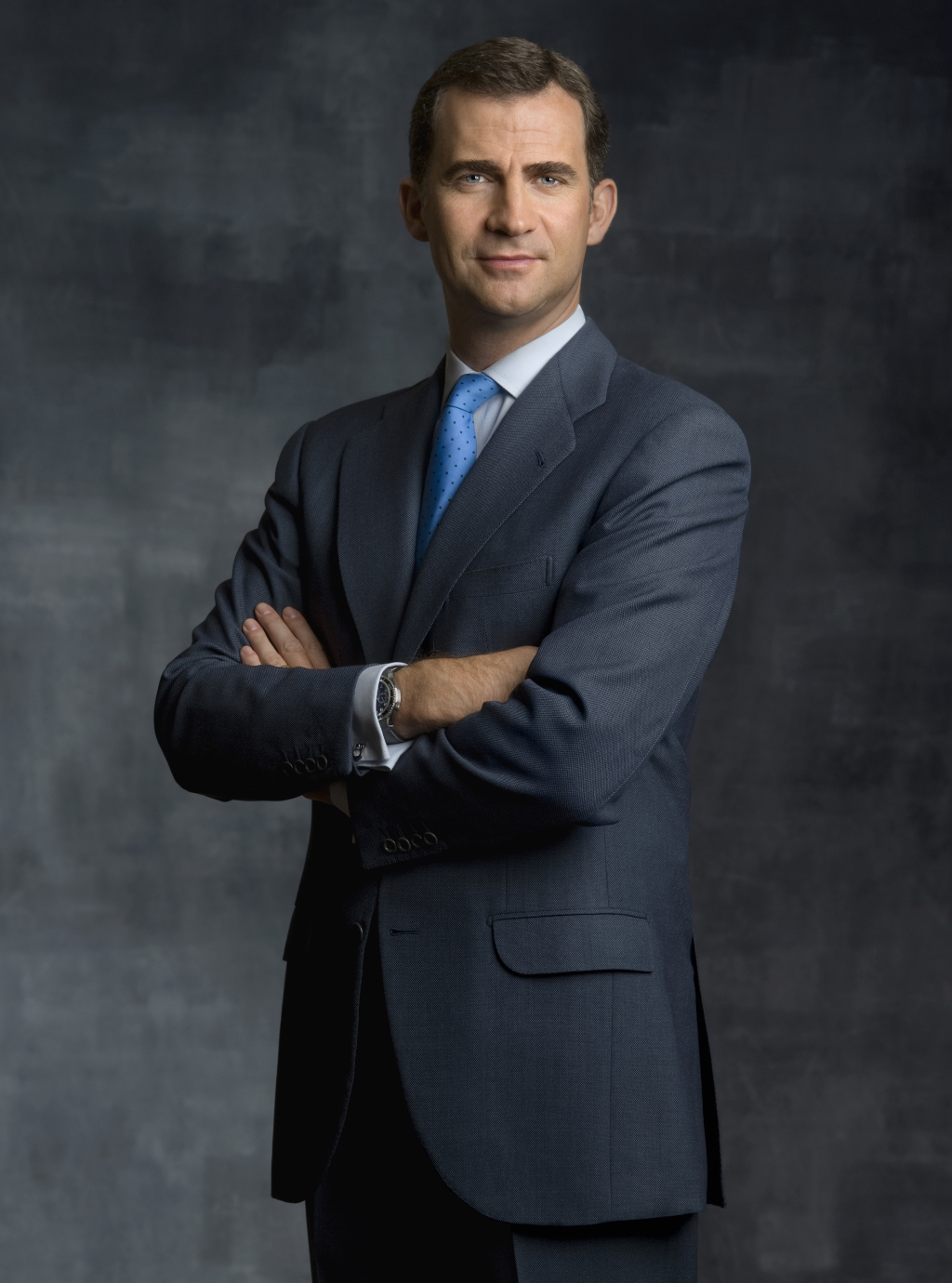 The next timepiece spotted is an Audemars Piguet Royal Oak.  More specifically the City of Sails Alinghi Edition on a leather strap.  The new King of Spain has participated in yacht races before, so its possible this piece caught his eye due to the yachting connection.   Coincidentally the other person in the photo is Prince Charles! The last timepiece spotted on King Felipe is the classic Cartier Santos. This model is evergreen and works well in a more formal or casual environment.  Here King Felipe VI is spending time with his family. King Felipe VI with the classic Cartier Santos on his wrist, relaxing with his family.  Picture (C) 20 Minutes France

The final person we are showing does not have any official title, but he is married to Princess Madeleine, Duchess of Hälsingland and Gästrikland of Sweden.  His name is Christopher O’Neil a British/American financier.

We spotted him wearing an interesting timepiece, while he was attending the wedding of his brother in law Prince Carl Philip.  That timepiece was a vintage Rolex Daytona Paul Newman. While we are on the subject of Paul Newman Daytonas, stay tuned for a special Q&A featuring a couple of Daytonas of note.

Another Rolex we spotted on the wrist of Christopher O’Neil was the Rolex Submariner in White Gold, which is identifiable by its ceramic blue bezel and blue dial.  Princess Madeleine likes to wear a stainless steel model 116520 Daytona as well. We hope you have enjoyed this Royal edition of Spot the Watch! and have a great weekend.