This weeks Spot The Watch came about purely by accident.  The person featured this week, was not on our radar for liking timepieces.   A Fortune link popped up on our Facebook news feed and brought this gentleman to our attention.  The picture showed him wearing an interesting timepiece.  So we did decided to investigate further using our helpful tool: Google Image Search.  We managed to identify the piece in question and were very surprised!

The gentleman in question is Les Wexner, CEO of L Brands in the United States of America.  L Brands is ranked No: 262 in the 2015 edition of the Fortune 500.  One of the well known brands the company owns is Victoria’s Secret.

Apart from being a very successful businessman, he is a very generous philanthropist who has donated to various charitable causes including his former Alma Mater Ohio State University.

Now onto the watches spotted.  The first one, caught us completely off guard as we didn’t expect it at all!  The watch on the wrist of Mr Wexner is a Greubel Forsey.  More specifically the Double Tourbillon Technique Black in titanium.  This is one bad ass piece of haute horlogerie!  It was the first watch made of titanium by Monsieurs Greubel and Forsey. The Greubel Forsey Double Tourbillon Technique Black in titanium on the wrist of Les Wexner. Picture (C) The 419

As its name suggests the watch features a  Double Tourbillon.  The outer tourbillon makes a full rotation every 4 minutes, while the inner tourbillon rotates every minute, Inclined at a 30° angle.  That combined with the hand finished movement, makes this watch a showpiece. Pictured below is a close up shot of the watch on the wrist.  You can clearly see the long tourbillon bridge at the bottom and the red accented hands for the running seconds and power reserve. 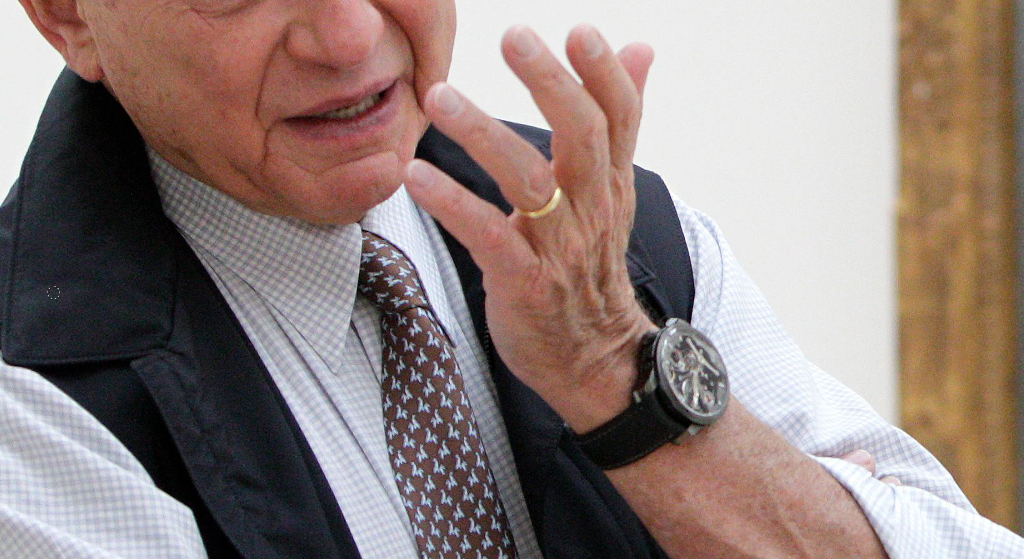 The next watch spotted on the wrist is a Richard Mille.  We couldn’t get a clear enough picture to determine which exact model he wore, but could tell it was an RM from the distinctive case shape. The final watches we spotted on his wrist were from Hublot.  The first is a Big Bang on a tyre rubber strap. We have brought this up before regarding rubber straps and the boardroom/conferences.  We are fans of watches on leather straps paired with a nice suit, the rubber strapped Hublot gives off  a relaxed look on the wrist. The second Hublot spotted is a King Power Unico All Black Chronograph.  The all black timepiece fits right into a  casual environment.  Mr Wexner seems to be having a great time in the picture below. 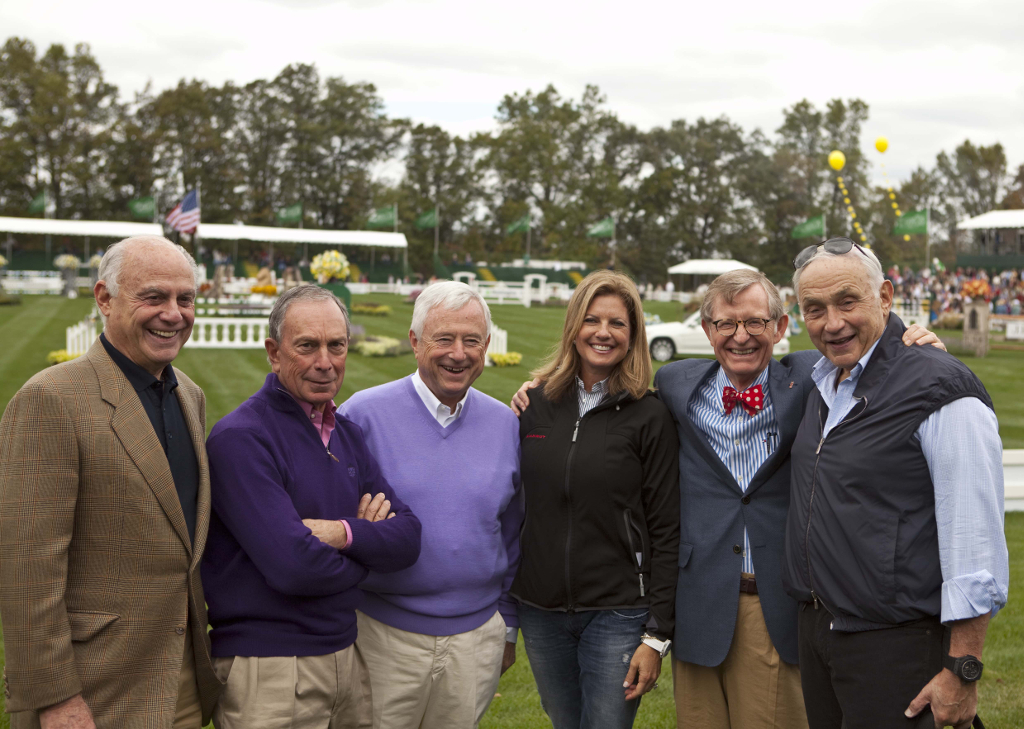 Before we finish with the Spot The Watch, we spotted what looked like another Greubel Forsey on Mr Wexner’s wrist but could not get a positive identification.  It looked like a Double Tourbillon 30° Edition Historique.  If we find a clear shot of him wearing one we will update you!

Here is a closeup shot of the watch in question on the wrist.

A second Greubel Forsey? Let us know if you think we are correct!

Do you think we are on the right track?  Let us know your thoughts on the watch.

We hoped you have enjoyed this weeks installment!

Update:  We spotted another watch today and thought we should share it.  The photo below shows Mr Wexner wearing a A Lange and Sohne Lange 1 Tourbillon.  The man certainly has great taste in wristwatches! Les Wexner with a A Lange and Sohne Lange 1 Tourbillon on the wrist. Picture (C) Harvard

Update 7th October 2017: Patek Philippe 5524 Travel Time.  We uploaded the picture to our Instragram account a while ago and we finally got around to updating the the page 🙂