Democratic People’s Republic of Korea (aka North Korea)’s Supreme Leader, Kim Jong-Un has been making waves in the news lately. Starting with the recent declaration of peace with South Korea and his commitment to seek “complete denuclearisation”, he is riding the popularity waves, so to speak. But we are not here to discuss his politics. Never! We are here to spot his watch. He was seen during the recent talks wearing a watch from design icon Movado. 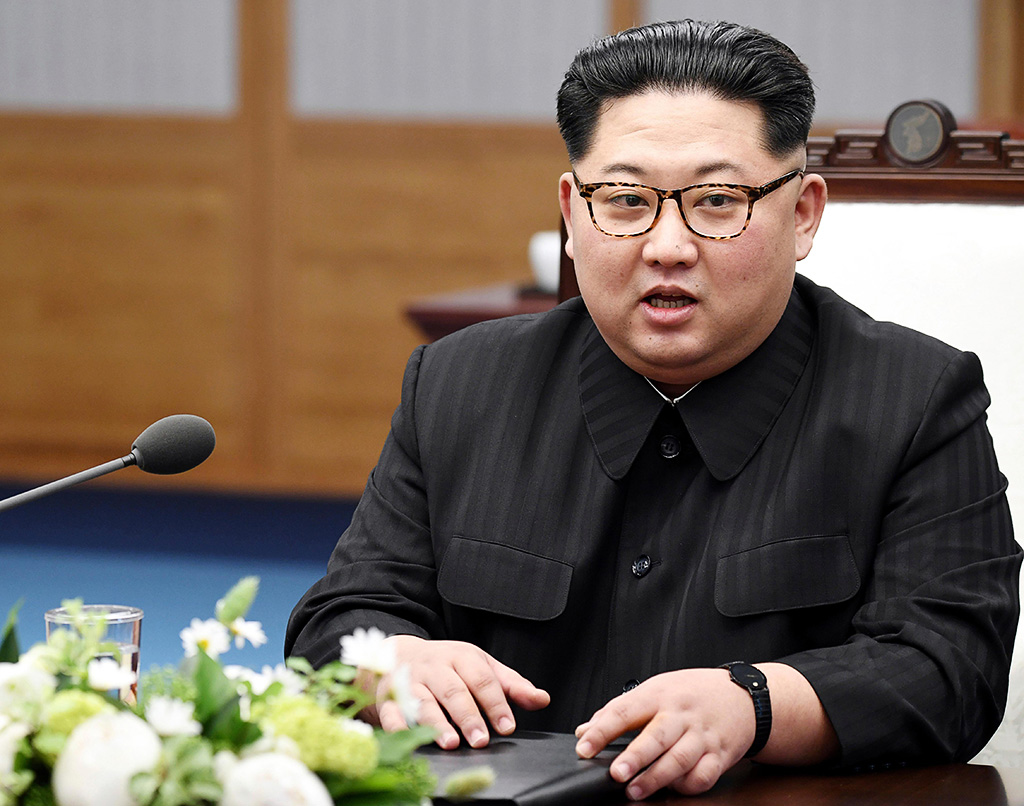 On his wrist? The Movado Museum Black PVD watch with a black strap. Not quite the watch you’d expect from the man Forbes rated as the 46th most powerful person in the world in 2013 and the third highest amongst Koreans after Ban Ki-moon and Lee Kun-hee. The Movado Museum Stainless Steel in black PVD with black dial and gold tone hands. The bezel appears to have a textured surface. Case diameter is a rather small 31mm.

The watch is in Movado Museum stainless steel with Black PVD, black dial with gold tone hands. The movement is quartz. We do not see the watch in the current Movado catalog and assume it is discontinued. A theory supported by a quick search on the internet which shows that the watch is sold out. The watch has a case diameter of 31mm, and looks rather small on his wrist.

Though information on his early life is rather scarce and often shrouded in mystery, it is believed that he attended school in Switzerland, and perhaps that’s where he picked up the Movado.

Editor’s note: This STW is a true team effort. With Chelsey Chen bringing up the spot from pictures she saw on the internet, making the initial ID as a Movado.  Resident spotter Nick Gould weighing in to nail the model as the Museum Black PVD, and the author writing up and confirming the spot.