The Vacheron Constantin Les Cabinotiers Celestia follows in the same vein as the Reference 57260 pocket watch introduced by the maison in 2015; it’s the sort of monumental watchmaking we’ve come to expect from the manufacture since 1755. For those unfamiliar, the Reference 57260 pocket watch was a bespoke pocket watch created in collaboration with one of Vacheron Constantin’s biggest collectors and sold for an untold sum estimated in the ballpark of USD10 million –  Perhaps it’s easier to comprehend the scale of the Reference 57260 by the numbers: 57 complications. 2,826 individual components, 8 years of research and development and 3 watchmakers (2 of them are brothers). The new SIHH 2017 Vacheron Constantin Les Cabinotiers Celestia is the sum of 5 years of development (from scratch), 23 horological complications, 514 components and the work of 1 dedicated master-watchmaker; most importantly, unlike the Reference 57260, the SIHH 2017 Les Cabinotiers Celestia is actually wearable rather than a hefty trophy display piece.

As one can reckon, Vacheron Constantin has the prowess to handle the wonders of galaxy and define them in engineering terms in order to give life to the piece unique Les Cabinotiers Celestia Astronomical Grand Complication 3600 for SIHH 2017 – the ultra complication with 23 complications on twin dials is heir to an over 200 years lineage of astronomical timepieces. Expression of astronomical objects is not only closely bound with horology but also the inventive mechanical genius of calculating and computing each celestial interaction and movement in a context of time and space into a series of gears and pinions totalling 514 components is not just a tribute to the dance of stars but also human innovation. Thus, in the SIHH 2017 Les Cabinotiers Celestia, it is only fitting that Vacheron Constantin also rose to the challenge and successfully created a wrist-worn masterpiece which combines display of civil, solar and sidereal times via three separate gear trains. Ill content to simply meet expectations for a close to 300 year old practitioner of the horological arts, Vacheron Constantin has managed to achieve a feat of epic watchmaking proportions by creating a fully integrated (yes, no modules) Calibre 3000 comprising 514 components into a diminutive movement bequeathed with 3 week power reserve and over 20 timekeeping and star-reckoning functions; all in 1825 days’ work for a Geneva manufacture in their element of watchmaking complexity in a process of continual refinement since the 19th century with the first pocket watches equipped with perpetual calendar, moonphases and sidereal time. The scale at 6 o’clock calculating length of day and night according to the solstices and equinoxes.

The SIHH 2017 Vacheron Constantin Les Cabinotiers Celestia represents the sum of watchmaking know-how and artistic talent – simply put, the ability to represent complex displays and computation in a manner that is not only aesthetically pleasing but eminently readable: standard or civil time is read as you would a traditional three hand watch on the front dial – it is a method of reckoning time familiar to all, based on the 24hour positions of the sun in relation to earth’s equator. For convenience, we assume the sun’s orbit is perfectly circular in this instance. 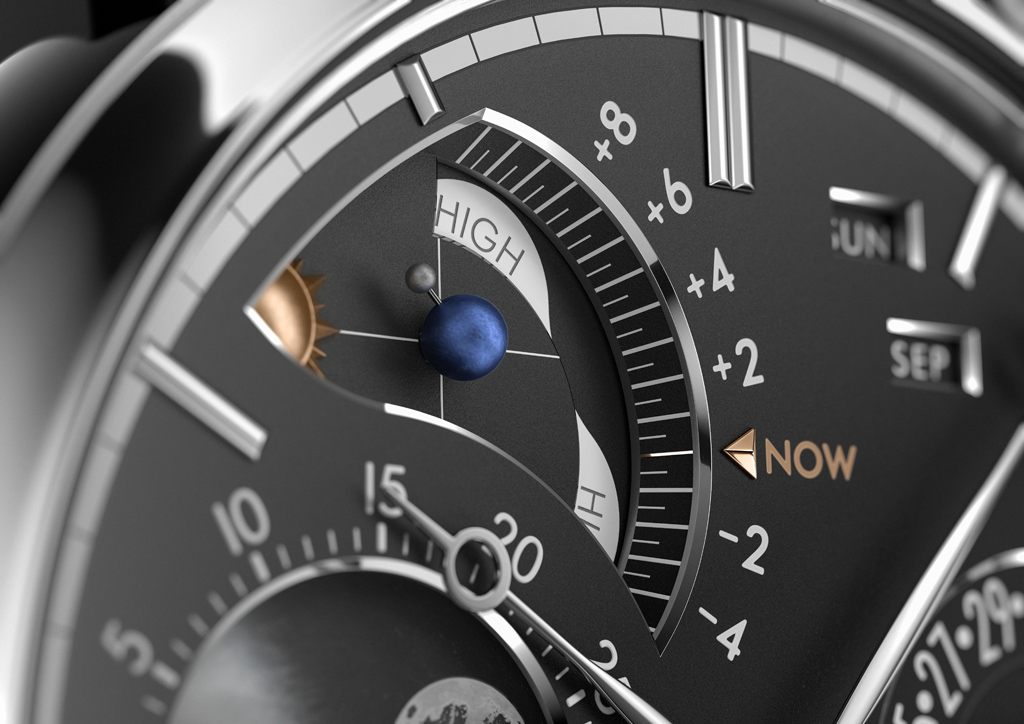 True solar time however, is based on on the trajectory of the sun specific to the day and calculated by its hour angle according to a specific place and time of the year – thus there’s a +14 to -16 minute difference when comparing solar and mean time. This occurs because the reality of the sun’s orbit is elliptical (an oval rather than round) – the sun is neither the centre the of this ellipse, nor does the Earth follow the oribit at the same speed consistently, especially with our own rotational axis tilted in relation to the sun’s orbit.

Meanwhile, Sidereal time is expressed based on the relative perspective of Earth’s rate of rotation in terms of the motion of the “fixed” stars observed from a local meridian. Thus, sidereal time is different from mean time by up to 4 minutes per day; in simplistic terms, a sidereal day is 23 hours 56 minutes in reality. Mechanically speaking, Vacheron Constantin has demonstrated this celestial expression with two superimposed sapphire discs where the lower features the backdrop of celestial dome, celestial time minute-track and four cardinal point, while the upper disc bears the constellations, projections of the equator depicted as a white circle and the ecliptic depicted as a red circle. Called the Lambert projection, it is a scientific map corresponding to the constellations of the Northern Hemisphere. Given the difference between solar time and standard mean time, it would be highly irresponsible for any Celestial timekeeper to not calculate Equation of time and Vacheron Constantin can be considered particularly dutiful to timekeeping – thus, Equation of time is indicated by showing solar time via an additional coaxial pink gold minutes hand dressed with a cut-out sun while running across an auxiliary sector with scale running from +14 to -16 minutes. This added complexity is further enhanced with Vacheron Constantin’s tropical gear train simulating the tropical year – the time it takes for Earth to make a full orbit around the Sun, corresponding to 365.242 days

Comprising double-sided display of 23 complications, the SIHH 2017 Vacheron Constantin Les Cabinotiers Celestia’s front side slate grey dial demonstrates 15 complications, not only avoiding clutter which plagues many other high complication offerings but also demonstrating refined aesthetic balance – readings of both standard and solar time in concert with equation of time by three coaxial hands as well as perpetual calendar and precision moonphase indication is further enhanced with a mareoscope with tide indicator and a 3D demonstration of the Earth-Moon-Sun alignment – given that these extraterrestrial neighbours influence Earth’s tides through gravitational attraction and centrifugal forces, it can be considered an especially thoughtful complication from the Geneva manufacture. Meanwhile, the perpetual calendar will run, keeping track of the idiosyncrasies of the Gregorian calendar without human intervention for the next 400 years while the moonphase which accompanies it requires only a day’s correction once every 122 years – age of the moon is complemented by sunrise and sunset times indicated by svelte hands over two graduated scales as well as length of day and night as demonstrated by a unique gauge at 6 o’clock. Other complications sit in an intriguing semi-circle of zodiac signs, seasons, solstices and equinoxes allowing you to free yourself of mental calculation on which a day is either at its minimum or maximum length (typically in summer or winter) and the equinoxes where the day and night at of equal 12-hour shifts corresponding to the start of spring or autumn.

The reverse caseback exhibits the second dial with the remaining astronomical complications displayed on two superimposed sapphire discs. In the fore, the constellations as viewed from the Northern hemisphere fringed by the anthracite bezel showing the months as well as the power reserve and two ellipses depicting celestial and terrestrial equator.

In case you’re wondering how Vacheron Constantin managed to cram 3 weeks power reserve into the 8.4mm thin Calibre 3000 of the SIHH 2017 Les Cabinotiers Celestia, the manufacture optimised maximum stored energy in the mainspring by using the revolutionary Bioflex alloy in six barrels – keeping the watch thin yet enduring. The tourbillon with requisite large balance wheel completes the elegant 45mm wearable masterpiece to watchmaking.