Many vintage pieces get rehashed these days, and although it thrills us to see a deserving piece come to life again in perfect condition, it also gets us thinking on what the brands are still able to offer. Such expectations are a fantastic thing to have, especially if you know that an eminent vintage will be reintroduced to allow more collectors to have the chance to own it. But when reality exceeds expectations, the excitement can be overwhelming. The Seiko 62MAS (autoMAtic Selfdater)  reissue certainly had great shoes to fill, but the SLA017 has undoubtedly met all of our expectations. Over the past few weeks, you could hear constant chatter from “Seikoholics” around the world, revelling in the joy of the package arrivals for their 62MAS reissue piece, the SLA017. Officially announced during Baselworld in March 2017, with leaked photographs circulating forums and Facebook groups since January, the hype and exhilaration of the reissue had not dampened over time. After all, this is the first time Seiko is bringing back its first diver watch in 50 years and thus it had easily became the most anticipated Seiko this year. Although the vintage and the reissue look aesthetically identical, the design of the reissue is even more relevant for today, with its clean straight-cut case, stunning sunburst dial and dressy narrow bezel.

Seiko diver watches are probably the most collected category among Seiko fans, thanks to their value-for-money proposition across varying price ranges. The Seiko 62MAS (autoMAtic Selfdater) was first ever diver’s watch from Seiko, and was introduced in 1965. It was designed for reliability and legibility under harsh conditions and was used by the Japanese Antarctic Research Expedition from 1966 to 1969. The watch’s significance is far from just meeting the stringent standards set by the Expedition, but it was hugely popular in the leisure diving community and even with a wider public and set Seiko on the path of being the supremo in diving watches.

The 62MAS was originally sold for 13,000 Japanese Yen (approximately S$160 in today’s exchange rate) and advertised as a “Skin Diver” for free diving and snorkelling, the first diver watch i.e. the 62MAS is made for depths of only up to 150m. The SLA017 reissue today can be used up to 200m and can be categorised as an “Air Diver” for use with air tanks for scuba diving.

Owning a pristine 62MAS  vintage today comes with immense watch bragging rights and it is no different for the reissue as well, as the SLA017 is a highly worthy one. It comes in a more durable case treated with a super-hard coating. Additionally, the dome-shaped sapphire crystal which is better in scratch resistance is an upgrade from the usual Seiko hardlex sapphire. The SLA017 comes with a more robust movement using the 8L35, and it features a screw-down crown this time. The case size on the SLA017 is nearly identical to the original 62MAS, with the diameter increased by 1.9mm this time, its now 39.9mm case. The circular brushed finishing on the lugs could be a deliberate attempt to allow the face of the watch to stand out with its overall glossy appearance due to the reflective bezel and dome-shaped crystal. At the back of the case, the original dolphin motif returns with an improved, flat laser engraving. There is also the serial number (out of 2,000 pieces) as well as the mention of “Made in Japan” and “Air Diver’s 200m” at the caseback. The dial is a dark charcoal-grey, with a subtle, less dramatic sunburst effect compared to other Seiko divers, especially compared to the ones from the “Blue Lagoon” series. Fortunately the dial is kept clean to resemble the original, with no further “X” Prospex logo added onto it.

This reissue comes with a large crown at the 3 o’clock position, which takes cue from the second version of the 62mas, the big-crown 6217-8001. Both versions come with the absence of crown guards. The reissue is improved with a screw-down crown this time.

The round corners on the hour markers remain true to original; against the dark dial it looks contrasting and legible.

The reissue comes in a silicon rubber-style waffle strap as well as a stainless steel bracelet. We find the silicon strap slightly glossier and softer than the usual Seiko ones, complementing the dressy appearance of the watch rather well. The accompanying thin and light-weight bracelet exudes an appropriate vintage feel with its matte polish and interestingly its somewhat-loose links rattles slightly when on the wrist. We noticed that with a lug width of 19mm, it might not be easy for the wearer to fit the watch with a jubilee bracelet which is a commonly-loved choice of bracelet in recent Seiko diver fashion. The reissue comes in a silicon rubber-style waffle strap that is softer and glossier than other Seiko straps.

The SLA017 uses the Caliber 8L35 which was specially designed for diver’s use and is made by Seiko themselves in the Shizuku-ishi Watch Studio in Morioka in the north of Japan. It has a 50 hour power reserve, running at the rate of 28,000 bph. It has both hacking and hand-winding functions which sets it apart from the original 62MAS.

This movement is also used in other mid-range Seiko divers like the MM300 and the Emperor Tuna models. It is often compared to the 9S55 Grand Seiko movement only that it is undecorated for closed caseback tool watches, and it does not require the need for the strict level of adjustment of Grand Seiko movements. The 8L35 is a proven robust movement, and we see it as fitting in this reissue.

A comparison between the original and the reissue Based on the comparison between the original and this year’s long-awaited reissue, we consider the reissue more superior; everything is better, just minus that alluring patina. With only 2,000 pieces worldwide this time to be shared among all Seiko watch “otakus” (defined as someone with obsessive interests), hunting for the watch will be half of the fun. 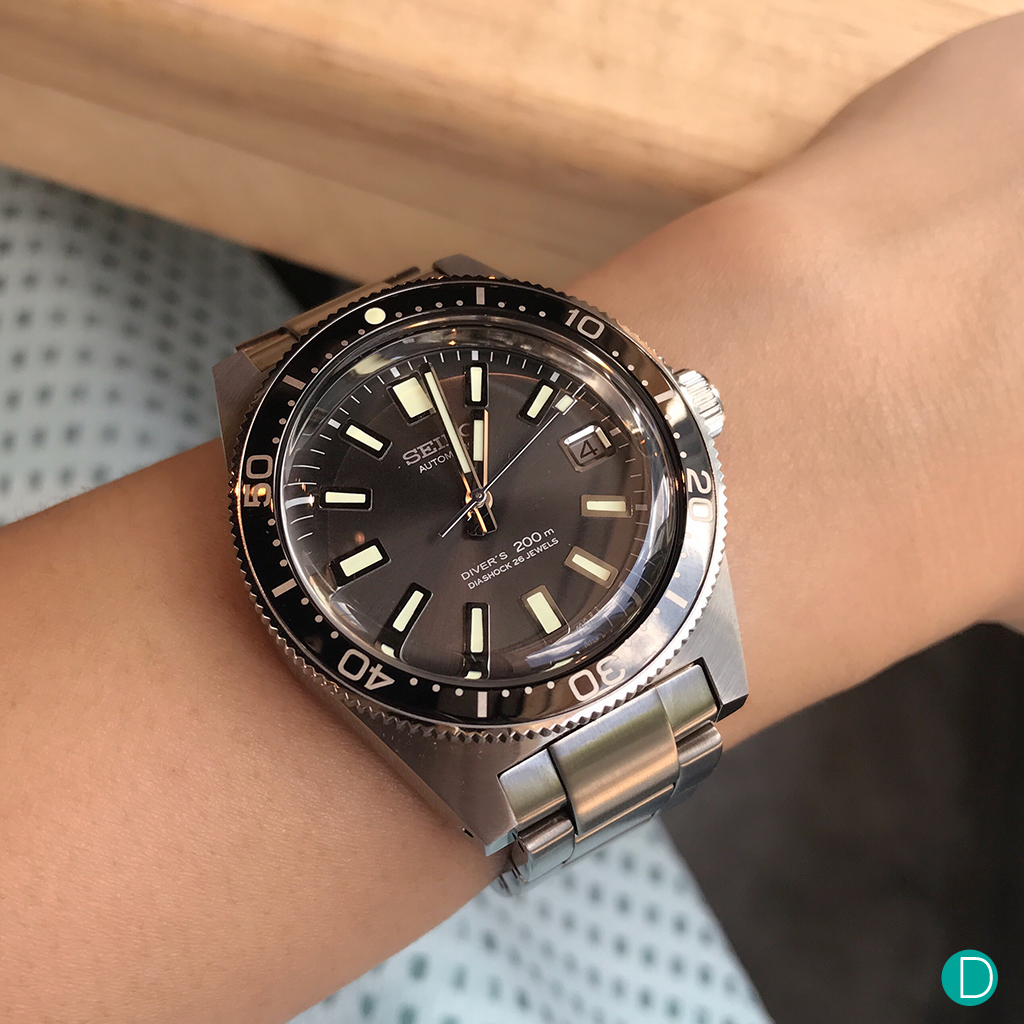