We were the first to bring you the breaking news that the new AgenGraphe chronograph was to be used in a Fabergé watch back in . Read the details of the Fabergé Visionnaire Chronograph here. We managed to spend some good quality time with Jean-Marc Wiederrecht in Baselworld 2017, who personally showed us and explained the magnificent chronograph. We now bring you high resolution photographs of the Jean-Marc Wiederrecht.

Technical details and innovation features are discussed in detail in the above article. The incomparable Jean-Marc Wiederrecht, master watchmaker, who, in this watch movement have created a revolution in chronograph design thinking.
Photograph: March 2017, at Baselworld.

The Fabergé Visionnaire Chronograph made our Chief Editor’s Top 5 Watches from Baselworld list. 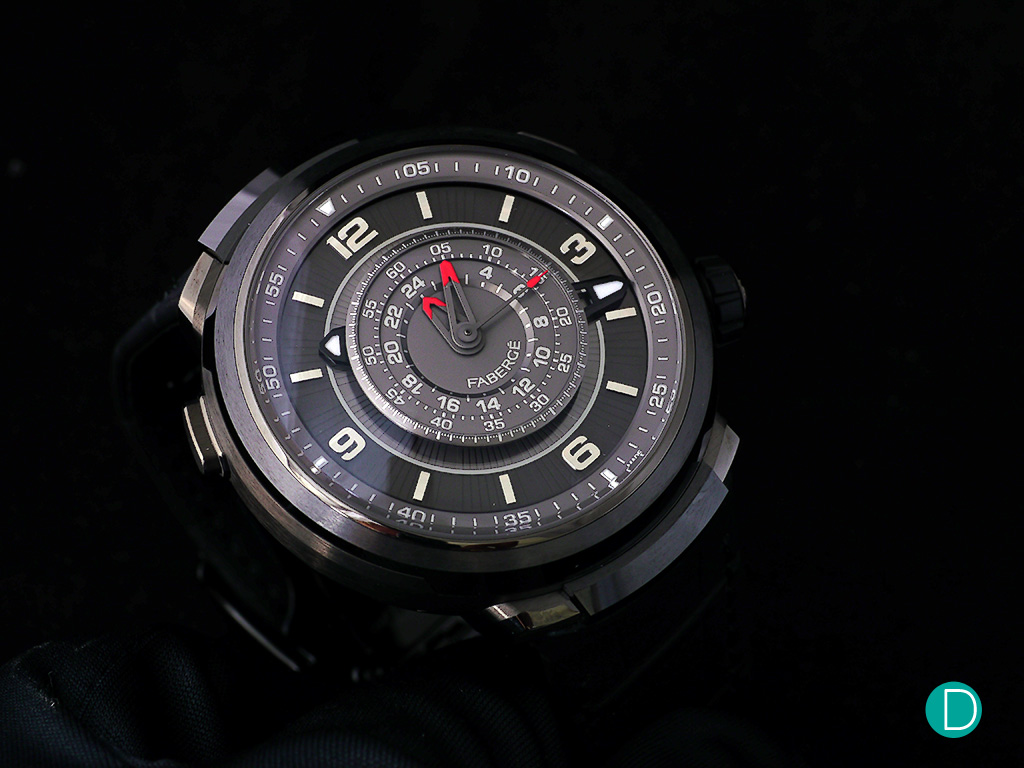 The watch has a mild mannered look, unlike almost any chronograph in existence. No sub-dials for the chronograph counters as all of the counters are mounted co-axially from the center. See the technical innovations section in the introduction article for details on other chronographs without any sub-counters. The dial is clean, and yet displays all the relevant information via three chronograph hands, and the time hour.minute indication as floating pointers at the periphery.
Note the three centrally mounted chronograph hands. Also at the right, the minute hand sticking out from the bottom of the disc with the chronograph indicators. The said disc is multi-layered and creates a depth which makes for an interesting aesthetic. The AgenGraphe movement is complex, and indeed a bit messy. But the magic is in the innovative method where the central pinions are co-axial and provide all the chronograph indication data. The entire chronograph works fit into the central section of the donut shaped base movement. 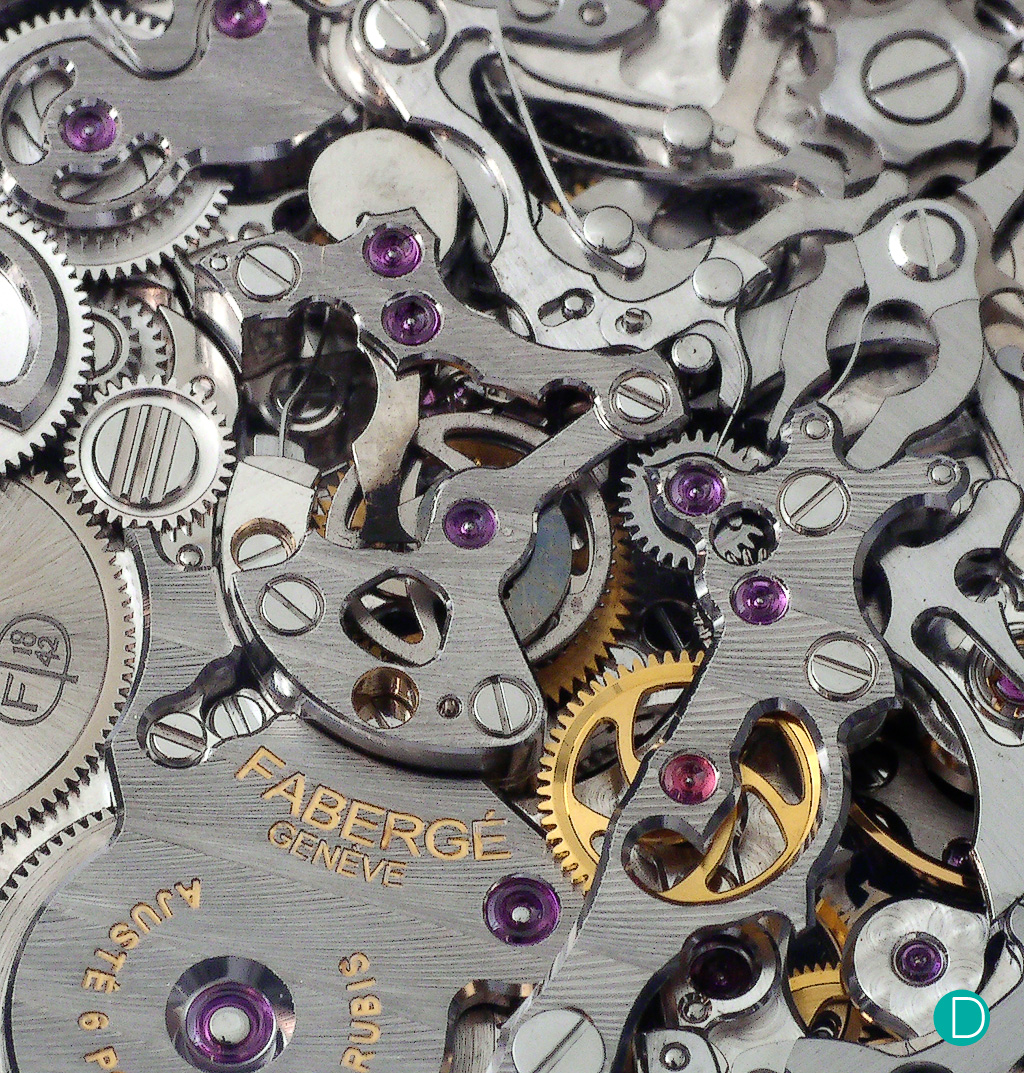 In the two tone rendition, with rose gold accents on the bezel and lug cover, the watch takes on a different persona, and becomes more classical. The movement is visible from the sapphire case back, and shows the complexity and the beauty. The rich tones of the rose gold entices, and the dial’s relative simplicity is one of the key features.

Our feelings about the watch is that it is quite remarkable. The feel of the chronograph actions are light, but positive. And the actuation, stop and reset actions require more or less the same force (by feel, of course we did not measure the actual force to actuate).

We initially thought that the clean looking dial, with all the chronograph counters mounted co-axially from the center would make a dull looking watch. After all, many of us are fascinated with chronographs because we like the complex look, with the sub-counters. But in real life, the Visionnaire Chronograph is quite charming. The visuals with the red tipped chronograph counters over a tiered central disc is quite attractive. The way the time is read, with the hours/minutes hands with the tips showing, floating below this central disc is nicely executed.

The movement side looks complicated, as a chronograph should be. But we feel the aesthetics of the chronograph layout could be better. The movement layout seems to us to be excessively messy. It lacks the harmony of a nicely laid out chronograph. Perhaps this busy layout is mandated by the fact that the entire chronograph works need to be inserted into the middle opening of the donut shaped base movement.

We were keenly interested in how the AgenGraphe turned out in the first watch to use the movement – the Fabergé Visionnaire Chronograph. And having seen the watch, tried it on, played with it, and chatted with Jean-Marc about it, we were impressed. This is a nice step forward for Fabergé to get the respect it needs as a watchmaker. The Visionnaire Chronograph is a serious approach, and priced keenly at CHF 35,000 for either version before taxes is rather attractive.  We are looking forward to the next watch to use the same movement, to be announced before 3Q this year, to see how that is executed, and perhaps make a comparison.