The story of Officine Panerai is a fascinating one; a modern Cinderella story in the world of horology. Its success can be partially attributed to Sylvester Stallone, as it was him who discovered the watches and instigated its rise to stardom. The Luminor Black Seal and Luminor Daylight are two anecdotes in this magical fairy tale, but are they able to luster the same shine once again? Around two decades back, Sylvester Stallone started commissioning Officine Panerai to create several special edition watches for him, under the moniker “Slytech”. This was not surprising, considering that he was a Hollywood star, as well as the fact that he was possibly the biggest Panerai customer at the point of time. The Luminor “Black Seal” and “Daylight” were two of the several “Slytech” pieces that were created, and recently, the company decides to recreate these two classic “Pre-Vendome” watches once again. The Panerai Luminor 8 Days Set, also known as PAM 785, is one of the several Special Edition watches in 2014 by Officine Panerai. This was recently launched in the annual Watches and Wonders in Hong Kong, and clients can only purchase it as a pair. Not sure why this is so, but it will certainly not deter away the die-hard Paneristis, since this is admittedly a rather desirable piece. Not many sets are available though; only 500 lucky customers will get to own the PAM 785. That makes this alluring pair of watches even more elusive. 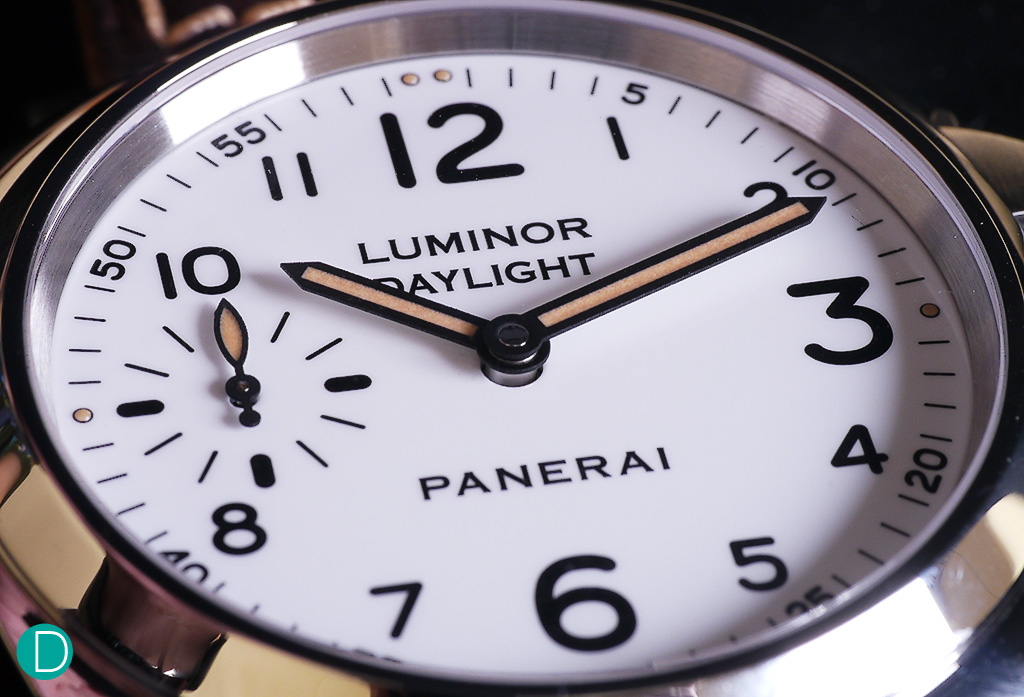 The Luminor “Daylight” edition. The white dial and the “vintage style” lume gives this watch a great characteristic.

Even though the Luminor “Black Seal” and “Daylight” looks vastly different, but the similarities are actually aplenty.

One of the greatest similarities would be the movement used for both pieces. The PAM 785 is powered by their own in-house, mechanical winding P.5000 calibre. This movement features a power reserve of eight days (or approximately 192 hours). The same movement can also be found in other Panerai timepieces, such as the PAM 510 and the PAM 511. Another interesting thing to note about this twin barrel movement would be the anti-shock function, thanks to the use of two screws and the bi-directional threaded rings to secure the balance staff pivots at both ends.

Another similarity would be the case; both watches feature the 44mm case with a water resistance level of up to 300m. However, the semblance ends there. On the Luminor “Black Seal”, the case is finished with a DLC (Diamond-Like Carbon) coating, whereas the Luminor “Daylight” comes with a highly polished Stainless Steel casing. This gives the two different watches a rather differing identity, and it is accentuated by the dial that features a contrasting colour and a distinctive design. The Luminor “Black Seal” seems rather enigmatic, especially with the black dial and black casing. Does it reminds you of Darth Vader?

In our opinion, both pieces look great. But we felt that the “Daylight” piece stood out, thanks to the white dial with the vintage accent. The white dial gives the watch a rather pleasant feeling, while the vintage style lume provides the watch with some warmth, and a slight sense of nostalgia. The same couldn’t be said for the “Black Seal”; its appearance gives the watch a rather mysterious feel, in a slightly ominous way. Perhaps it just boils down to individual tastes and preferences. 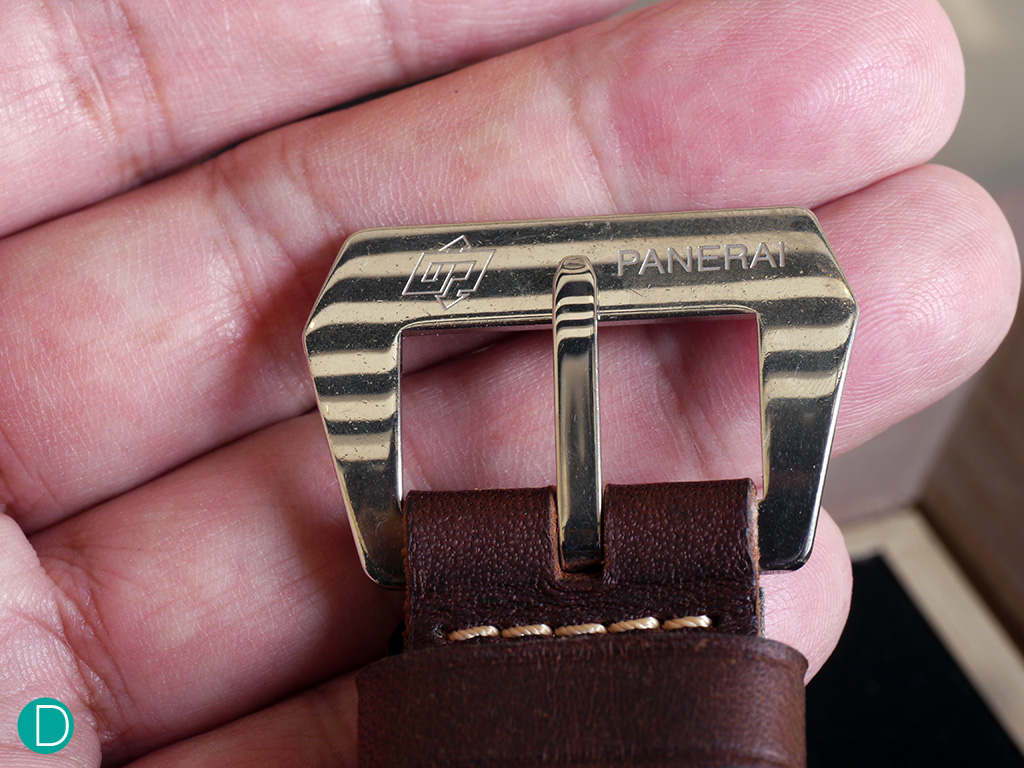 The ubiquitous Panerai buckle. The straps on the PAM 785 are rather special, it is done with inspirations from the Pre-Vendome period.

As mentioned, only 500 sets of the PAM 785 are available on the market. Each set comes with a Luminor “Black Seal”, and a Luminor “Daylight”, and it is presented in a box a la the “Pre-Vendome” style: made with pear wood, with a model of a human torpedo and a publication of the military equipment used by the Royal Italian Navy. Even the straps are done in Pre-Vendome style: it is made with brown leather, completed with contrasting ecru stitching and a buckle that is sewn onto the strap. A treat for the veteran Paneristis indeed, especially for those who started collecting Panerai pieces during the Pre-Vendome era. Hmmm, back to the good ol’ days?