The Lange 1815 Tourbillon first burst into the scene in 2014 with the ground breaking technical tour de force of  combining a stop seconds mechanism for a tourbillon with a zero reset mechanism. Both these features were premiere by Lange and in combination together yet to be emulated or bested by any other brand. Today, A. Lange & Söhne releases a limited edition of 100 pieces in a white grand feu enamel dial in platinum. We covered the 1815 Tourbillon in detail in this review.

Essentially two patented mechanism rolled into one. The first is the zero reset mechanism, introduced in 1997 in the Langematic for a regular balance wheel, and a stop seconds mechanism for the tourbillon patented in 2008 for the Cabaret Tourbillon, and used in all tourbillons introduced by Lange since. We wrote a detailed analysis on the hacking of a tourbillon here. The 1815 Tourbillon of 2014 was the first wrist watch to incorporate both features.

What is new? The enamel dial. The new enamel dial is manufactured in-house in Glashütte by Lange. Lange first showed expertise in the art of grand feu enamel dials with the Lange 1 Tourbillon Handwerkskunst in 2014 , with the work of Romy Zimmermann. While the current release documentation does not state the name of the enamel worker, our best guess is that it comes from the workshops of Zimmermann. 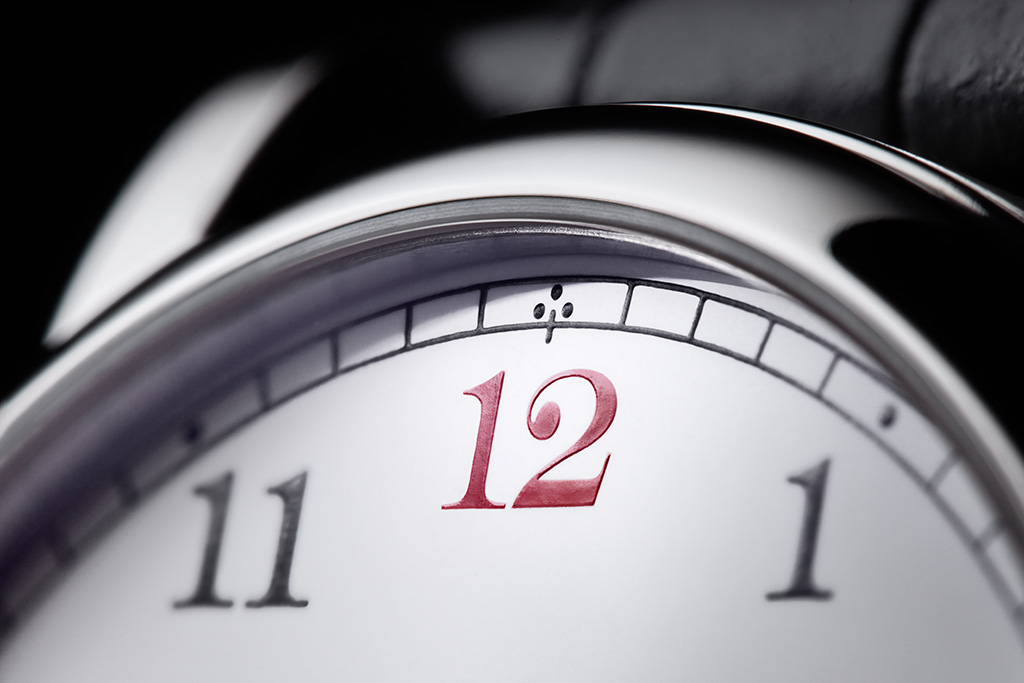 This time, the dial is fired in white grand feu enamel with the classical 1815 markings – Arabic numerals, and a railway track for the minutes. As with the Lange 1815 Anniversary of 1999, the 12 is in red. As noted here in our detailed article on how grand feu enamel dials are made, the process used in Lange is largely similar and equally painstaking. The opening for the tourbillon is opened up after the completion of the white layers, usually up to 7 or 8 separate firings to achieve the thickness needed. And then each colour is transfer printed with enamel paint separately, each fired individually. At any one firing, the enamel can develop cracks, irregularities and other abnormalities, and have to be rejected.

What remains the same? The movement: Lange L102.1 Same immaculate finishing. Same aesthetically pleasing movement design. Same beautiful tourbillon bridge and carriage. The case dimension is the same, but the height is raised 0.2mm from the standard model’s 11.1mm to accomodate the enamel dial. The dial substrate is also in brass instead of solid silver in the standard model.