The Lange booth at the SIHH on the morning of January 17, was very sober and the usual festival mood was largely missing. That morning, the co-founder of the Lange Uhren GmbH who owns the trade name of A. Lange & Söhne has passed away peacefully after a short illness. 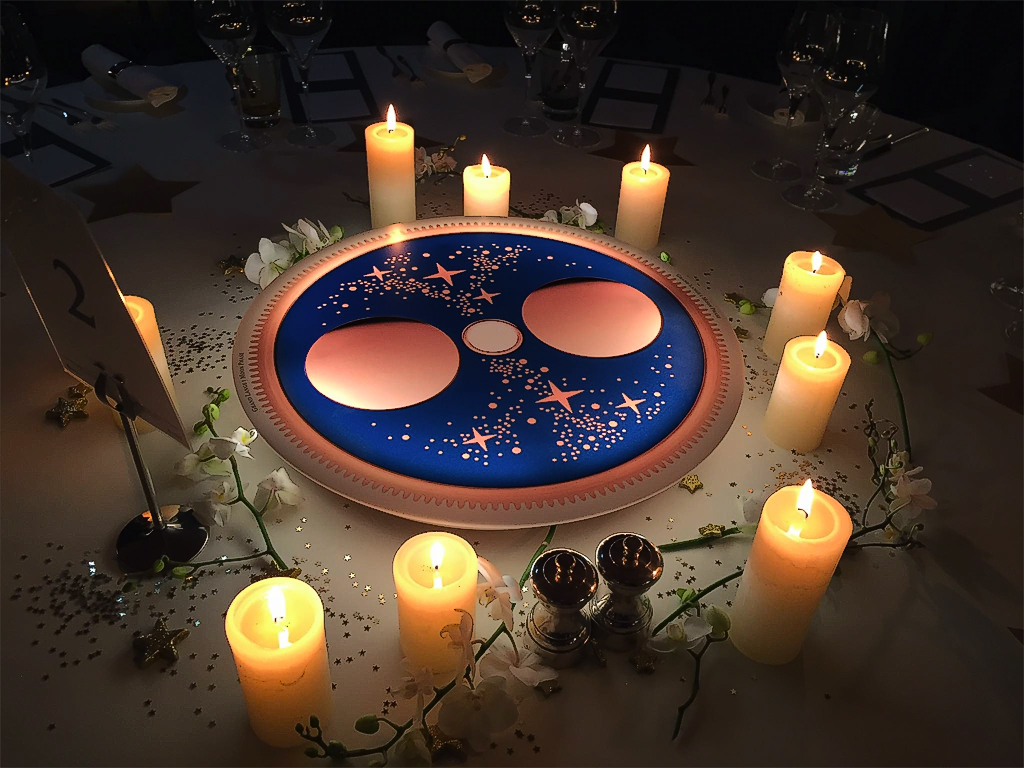 The candles lit, in his memory on the tables of the Lange Friends’ Dinner on January 17, 2017. The dinner was a tradition started by the author with Lange Uhren in 1999, and continued till this day. Walter Lange always attended, and last evening, we marked his passing with a toast, as he would have wanted us to.

The show had just opened to fanfare and much jubilation the day before, and as I approached the booth, I had noticed Walter Lange was not at his usual place, beaming and greeting one and all. I spoke to the one of the staff, and was told that he will not be attending the show this year, because he had a fall in Glashütte before Christmas, and was hospitalised. He had made a recovery, and was recuperating in Munich, where his son Benjamin Lange lived. Even though he was 92, he still lived on his own home near Pforzheim, but for his recovery he had temporarily moved to Munich. Before his fall, he driven himself to Glashütte as usual. Walter Lange, photographed at his office in Glashutte, in May 2010.

He is a tough man, and he will pull through, we concluded then.

However, on the morning of January 17, 2017, I received a message while I was at attending a Press Conference elsewhere that he had passed on in the early morning due to some complications. I shed a tear, and immediately went to the booth to offer my condolences, and write in the book that the staff had put up.

Walter Lange had not been taking an active role in firm’s day to day affairs, but he continues to keep track of the development of “his” manufactory as an expert adviser.  “The bridge to history”, as he calls himself. At trade fairs and important events, he still puts in an appearance as the brand’s representative, esteemed by all.

With the original timing sheets, handwritten by Walter himself.

Trained as a watchmaker, (we documented his journeyman watch in this article linked here), he was set to take over the family business when World War II came, and he was enlisted to fight in the Eastern Front. Severely injured, he returned home, and when the war ended in 1945, the German Democratic Republic (East Germany) set about with the Communist Regime. All commercial interests were absorbed into the state, and the watchmaking companies into a company called VEB Glashütter Uhrenbetriebe (GUB). While production continued for robust mechanical clocks and watches, activities for luxury timepieces ceased. 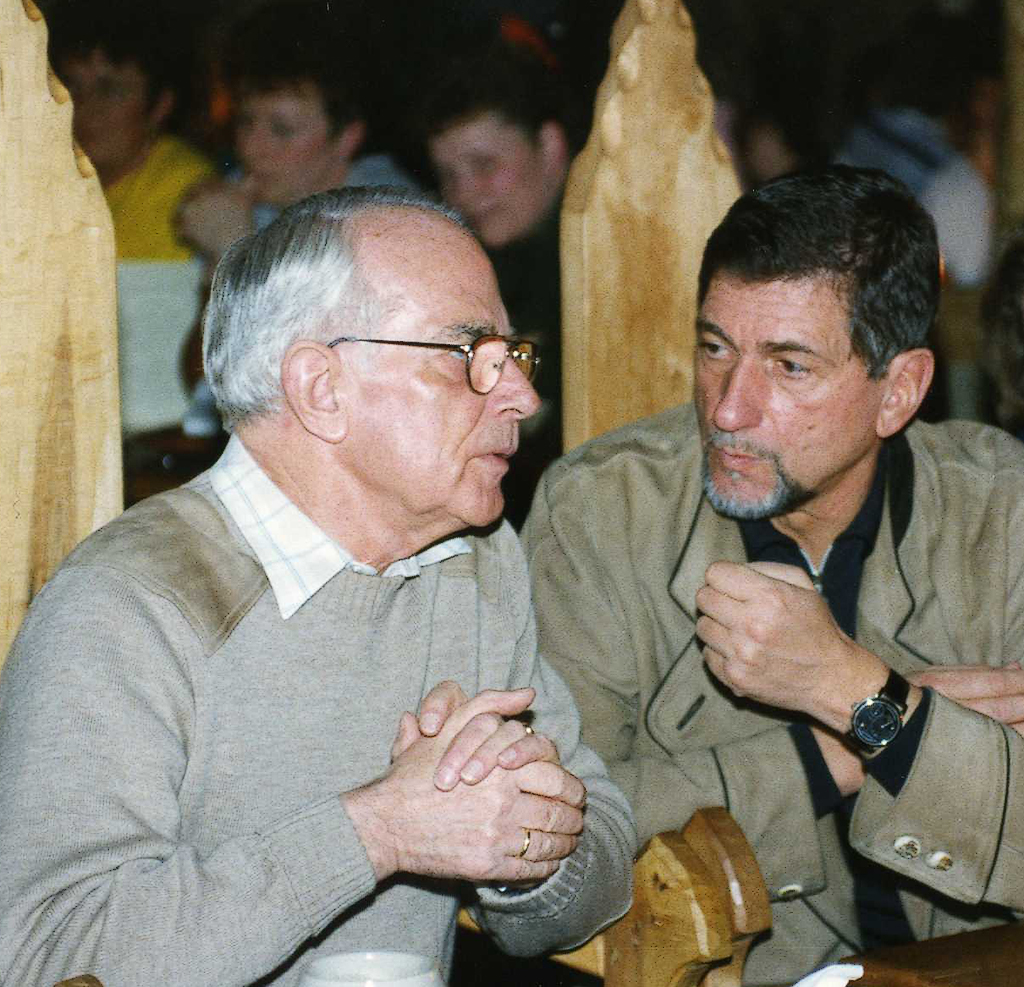 And early photograph of Walter Lange and Gunter Blumlein at a dinner after discussions on the founding of Lange Uhren.

The GDR government had issued orders forcing him to work at a uranium labour camp, he fled to Pforzheim. He had all but retired in 1990, when Günter Blümlein called to discuss the revival of the family firm. The rest was history, as the call led to the re-establishment of A. Lange & Söhne in December 7, 1990.

Walter assumed the role as co-Managing Director with Günter Blümlein, and were jointly responsible for setting up the company and products. The initial launch in December 1994 met with huge success.

He was a man of action. He hated being still, and was always out and about. I recall a trip we made together to San Francisco in 2003. As we walked up one of the many hills in the city after dinner, I remember that Walter was spirited and walked up the slope faster than than the rest of us, many half his age, were huffing and puffing up.

There’s something one should expect not only of a watch, but also of oneself: never stand still.

He was always full of vigour. In the many trips I made to Dresden, often leading collector groups to visit the manufacture, he would be present to greet the guests. In the earlier days, he would often stay back after dinner for drinks with the guests, and he would almost always the last to call it a day.

On several occasions, when he was asked how he lived such a long and healthy life, he remarked, “I never smoked, and I never ate fish”. Indeed it was well known among the inner circle that he did not eat fish, but on almost every dinner, he would check with the staff, “Do you remember I don’t eat fish?”, being fearful that for some reason they would forget, though they never did.

He was well loved by all who knew him. For collectors, who often regarded him as the superstar, which he was in the revival of the company whose watches we so loved, he acted the supreme statesman. Always regal, always appropriately dressed. And always willing to hand over his Tourbillon Pour le Mérite No 1/150 in yellow gold to anyone who fancies to take a closer look.

He spoke no English, and I spoke no German, but somehow, we managed to communicate and understand each other, often with one of the staff acting as translator, but many times without. We shared a kind of a special bond. He will be remembered for all that he was to the Lange Family, as he loved to call us. May he rest in peace with his beloved wife Jutta.