Come with us on the journey to experience The Vacheron Constantin Overseas Tour and the spirit of travel embodied in the Overseas collection. We take you with us to Kyoto and Tokyo, get a taste of Japan and attend the launch event of the Overseas Worldtime. We flew in directly from Singapore on SQ 318 into Kansai International Airport and was transported by private limo to our abode for the first two evenings. The beautiful Ritz Carlton.

The Ritz Carlton is centrally located, and within walking distance to Gion and some interesting markets and temples. The hotel is set along the banks of the Kamo River, with rooms overlooking. 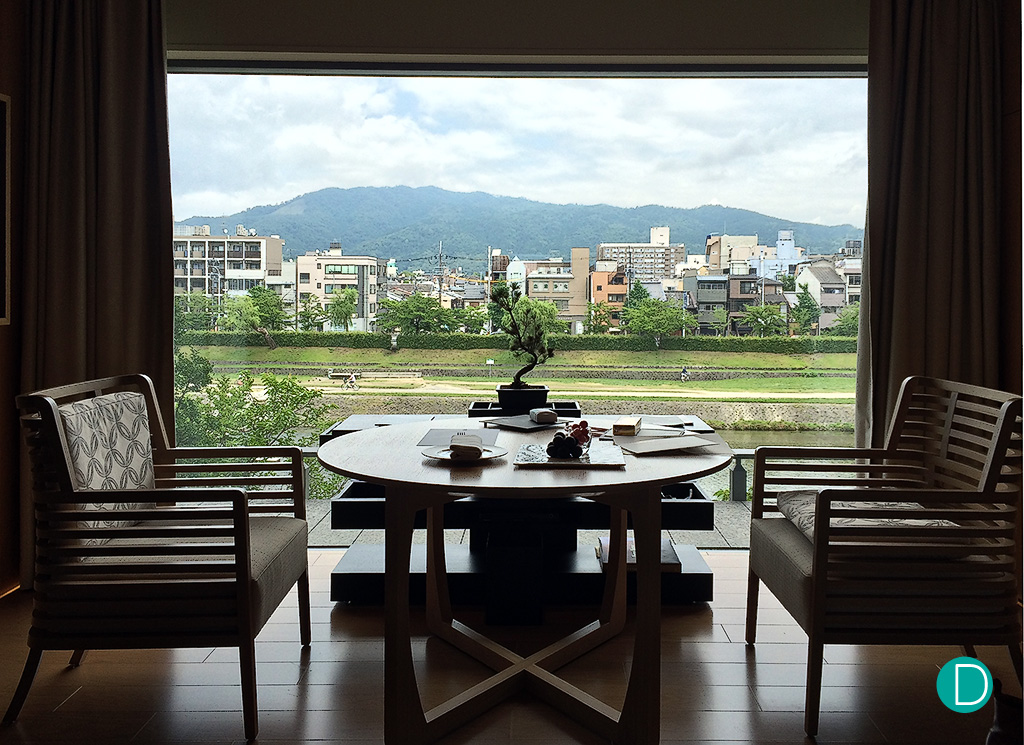 Room from Room 334 at the Ritz Carlton Kyoto overlooking the Kamo River.

The hotel offers a variety of programs, and the Singapore contingent comprising of VC management and journalists went for a leisurely bicycle ride along the Kamo River and visited the Shimogawa Shrine. The Kamo River, by the side of the Ritz Carlton Kyoto, and the cycling path. The Singapore VC Contingent to the Overseas Tour, on our bikes.

Shimogawa Shrine, one of the oldest in Japan, and listed as a World Heritage Site.

The evening’s dinner was a short walk from the hotel at Fortune Garden which served a French-Japanese fusion style cuisine. But of course the highlight of the evening for us were the watches. Vacheron Constantin 222, the predecessor to the Overseas collection. Photographed with a glass of Yamazaki 12 Japanese whisky on the rocks. The 222 is a vintage, two tone version, drawn from the VC museum for the trip.

The next day, we were totally immersed in Japanese and VC tradition. We began with a visit to the largest Zen Buddhist Temple in Japan, the Taizo-In Temple and its sprawling grounds. The temple complex dates back some 600 years, and we had our Cultural Immersion Workshops within. The Ikebana was held in one of the rooms at Taizo-in. The Japanese screens separating the rooms were made some 500 years ago, and still functional today. These kimono clad ladies were our tutors. The class was taught by a 4th generation Ikebana master. Master Horotsugu Ogawa, from a famous Kyoto family was our Tea Master. He is also an accomplished ceramic artist and the tea bowls we used were his handwork. Tea is served. Traditional Japanese style. Note that during the ceremony, it is common for one to remove one’s watch to denote that one is not encumbered by the burdens of life, and ready to partake of the spiritual experience. Tea is served with a small sweet cake.

During the Overseas Design session, we were given a glimpse of the process that resulted in the magnificent Overseas collection. VC’s Artistic Director, Christian Selmoni shared with us the fascinating process.

VC dials, and the design iterations. Subtle, small changes make big differences to the final look of the watch.

This was the highlight of the trip. These days, booking a Geisha is not as easy as it used to be. “One needs connections to connections” to secure an evening of culture with these famous ladies. The setting was the magnificent Kiyomizu Temple. During dinner the Geisha and Maikos (trainee Geisha) mingled with us, serving sake and beer.

Tradition dictates that one never pours one’s own alcohol. And when a Maiko is in attendance, she does the needful.

Geisha is a cultural experience, and she spends all her day training. In dance, in music, in song, and in the art conversation. Normally Geishas converse in Japanese, of course, but the four in attendance were also selected because they could speak English. Traditional dance by a Geisha. More dancing. This time a Maiko and a Geisha entertains to the music of flute played by another Maiko. We were transferred by Japanese technology, on board the Nozomi Express, the fastest of the famous Shinkansen (Bullet Train). Took a total of 2 hours 30 minutes from Kyoto to Shinagawa Station in Tokyo. Interestingly, the train was Nozumi Express 222, a nice nod to the Vacheron Constantin 222 which started the Overseas Collection. Lunch on board the Nozomi Express, a fast Shinakshen train from Kyoto to Tokoy Shinagawa.

We were booked in at Andaz Toranomon Hills, a magnificent hotel nestled between Shibuya and Ginza. Room 4717, on level 47 had a magnificent view of Tokyo Tower which was built as a tribute to the Eiffel Tower in Paris, but trumps the Parisian tower by being taller by 3m.

Photo session with Steve McCurry at the Andaz Toranomon Hills At the rooftop of the Andaz Toronomon Hills, where Steve McCurry did his photography session.

With us on the Overseas Trip was world famous photographer Steve McCurry. He asked us to submit one photograph each from our walkabout in Kyoto the day before, and he reviewed it on his way to Tokyo. We had a photo review session with him, where he gave tips and views on our photographs. My submission. A lady in her wedding kimono in Gion, Kyoto.

The trip ended all too soon, and peaked at the launch of the VC Overseas Worldtime. We had a lengthy hands-on session on the watch earlier, and published our review of the Overseas Worldtime here. With Steve McCurry in partnership with VC and travelling the world to share his unique viewpoint on interesting man-made structures around the world. A photo exhibition was held at the event site at Terrada. 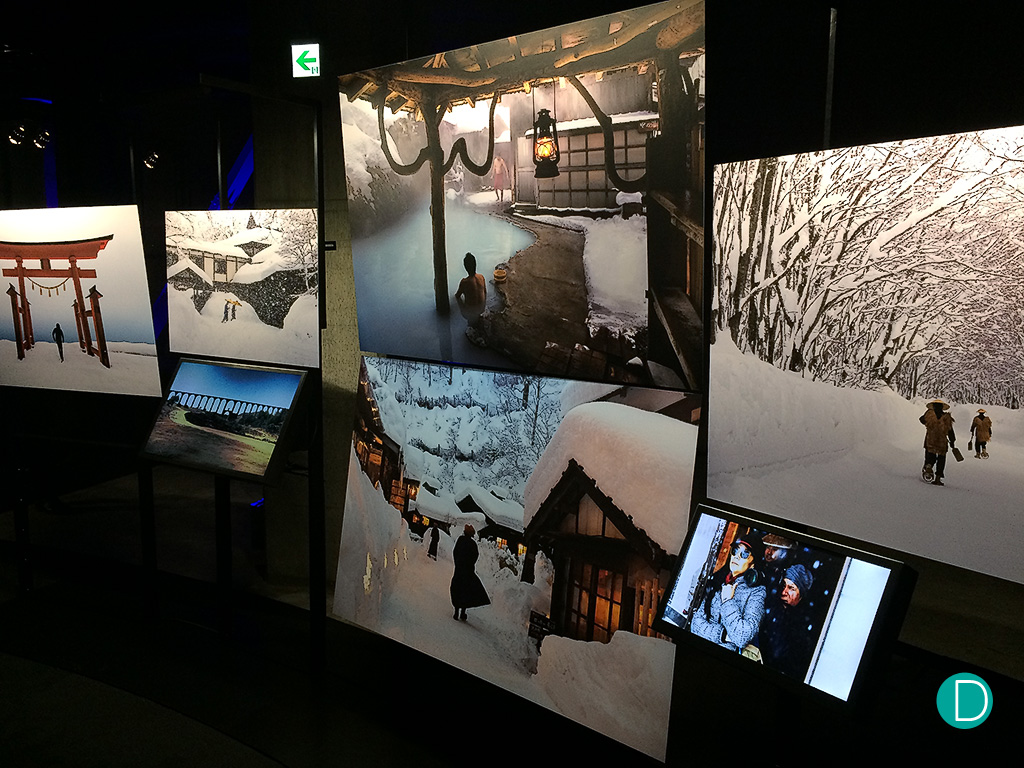 Steve McCurry exhibition on the photographs he created on his Overseas trips.

And the watch was launched. The VC Overseas Worldtime, part of the new travel inspired Overseas collection.

Vacheron Constantin Overseas World Time, shown here in a brown dial. The brown dial is part of the new dial colors which VC has just announced for the entire Overseas collection.