HYT is no stranger to the subject of cool. The very existence of a watch company which utilizes two great taboos of the industry, liquids and a mechanical movement is itself a thought provoking and rather cool idea.

The HYT Skull Maori is not an entirely new watch. it is based on the HYT Skull which we reviewed here. As a special genre, it is already tres cool. No minute hand, just a wild colored liquid showing the hours displayed as a progress line, and retrograde. The eyes of the skull communicate the power reserve, and the running seconds. HYT Skull which we reviewed earlier.

To put it to practice, the cool idea is complicated…like most things. The concept involves two immiscible liquids viz colored water and oil are pumped around a capillary tube by two miniature pumps measuring the elapsed time kept by the mechanical movement. The surface tension of the two liquids are not the same, but yet the capillary has to be coated with a treatment so that it responds to both in the same manner. Otherwise one of the liquids would stick to the insides of the tube. But the HYT team solved this. 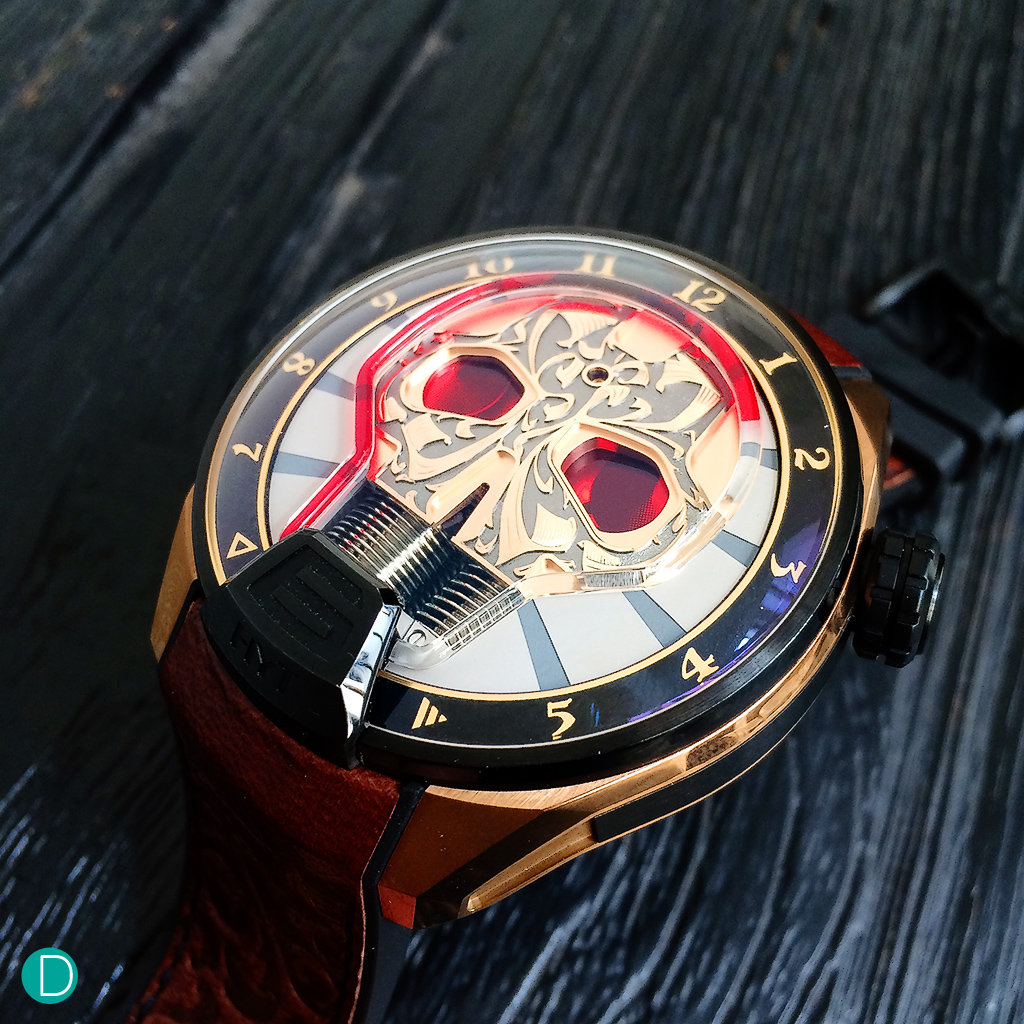 HYT Skull Maori, based on the skull, but with the engravings on the dial inspired by the Maori warrior tatoo.

The next challenge was to be able to arrange the tube into a shape defined by design, in this case the stylized shape of a skull. The tube is made to describe angles, and bends. Seems easy, but not quite. The capillary’s four angles, two of which are almost 90° at the base are the issue. These curves meant that bending the glass was a particularly delicate task as the tube’s internal diameter is less than a millimeter . And each bend increases the resistance that the liquids need to overcome. Increasing pure power of the bellows does not completely solve the problem, but the power needs to be increased in the exact amount so that it overcomes the resistance caused by the bends in such a way that the meniscus of the liquids still is able to track the progress of time.

The HYT team also solved this problem. And are now ready to start being creative. And cool.

Tā moko, or the Maori Tattoo is becoming an art form which is increasing in popularity. And frankly quite fascinating. Traditionally, these markings are made on Maori as rites of passage, signifying the coming of age or a significant event. Technically the moko is not strictly a tattoo, as skin is carved by a chisel known as the uhi rather than punctured. This leaves the skin with grooves, rather than a smooth surface.

The tattoos embellish the torsos of many of the players of the New Zealand All Blacks, a wildly popular rugby team. And their recent win (third in a row) at the Rugby World Championships probably provide fuel to the increased popularity of the signature tattoos. The photograph below shows at least three of the All blacks players with the moko. Using the design language of the Tā moko, HYT Art Director Xavier Casals created motifs which is designed into the watch to give it the characteristic Maori imagery. The skull is a common motif in the Maori art form, and with this engraving becomes HYT’s Metier d’Art object. The Maori motif engravings on the Skull of the HYT Skull Maori.

The theme is carried over to the laser-engraved strap: with the Maori symbols continued on the tan-leather band. The look and feel is much like that of a moko being made on the strap. 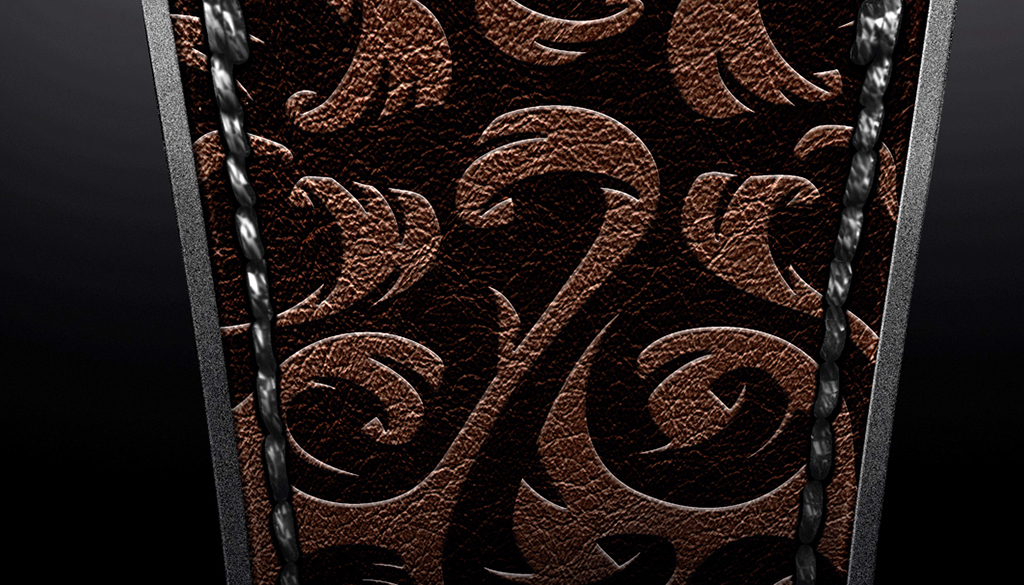 Detail on the laser engraved Maori inspired design on the strap.

Makes a very interesting conversation piece. We can only agree with Vincent Perriard, CEO of HYT , who is fond of saying, “Très cool”.  In pre-European Maori, only high ranking persons would receive the moko and the markings are considered a status symbol.We think this is also symbolic for the Skull Maori, we can perhaps say, HYT has come of age and achieved a high status symbol. On the wrist, it is rather large…well, its 50mm case diameter, but every inch up to the task under the shirtsleeve of a suited gentleman.