Well folks, we are back to this again. After every major watch event, the people at Deployant will pick their favorite few timepieces from the exhibition and talk about it. Just like every event, there are bound to be hits and misses. Here, I will be sharing the few watches that have caught my eye during this year’s Baselworld. One of my favorite pieces from this year’s Baselworld: the new Omega Globemaster.

As I mentioned on my article about the Omega Globemaster previously, I have a soft spot for classic Omega timepieces. The Globemaster, although it is not a classic timepiece, possesses design cues that bring us back to the 50s/60s.

I particularly love the pie-pan dial, as well as the well-executed fluted bezel on this timepiece. In my humble opinion, I think the blue dial on the stainless steel version looks exceptional. In terms of appearance, this is certainly one of the most beautiful pieces that I have seen in this year’s Baselworld. Would I want to have one? Oh yes, in a heartbeat! 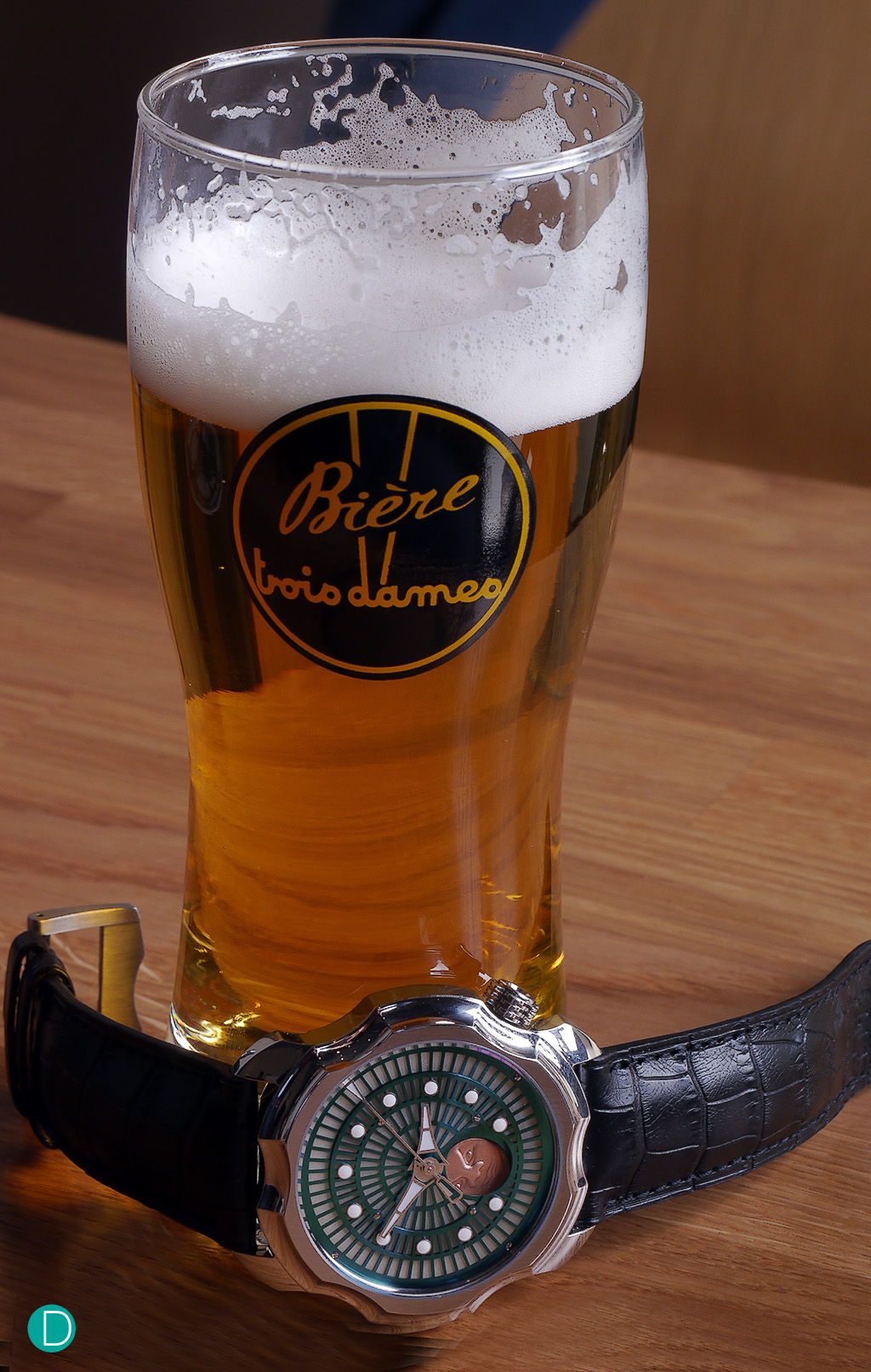 The Sarpaneva Korona K0 Northern Lights is one of the more interesting pieces from this year’s Baselworld. The Northern Light features the usual Sarpaneva DNAs (the unique moonphase, and the Korona case design), and it literally comes to live in the dark.

Due to the fact that the background of the watch is “lumed”, the entire dial glows in the dark after it is exposed to any prior light source. This gives the watch a rather vibrant and cool feel, and it certainly creates a “wow” impact. It will definitely be an interesting watch to bring to any party, or any nightclub! The Sarpaneva K0 Korona Northern Lights is certainly one of the most conversational pieces in this year’s Baselworld. 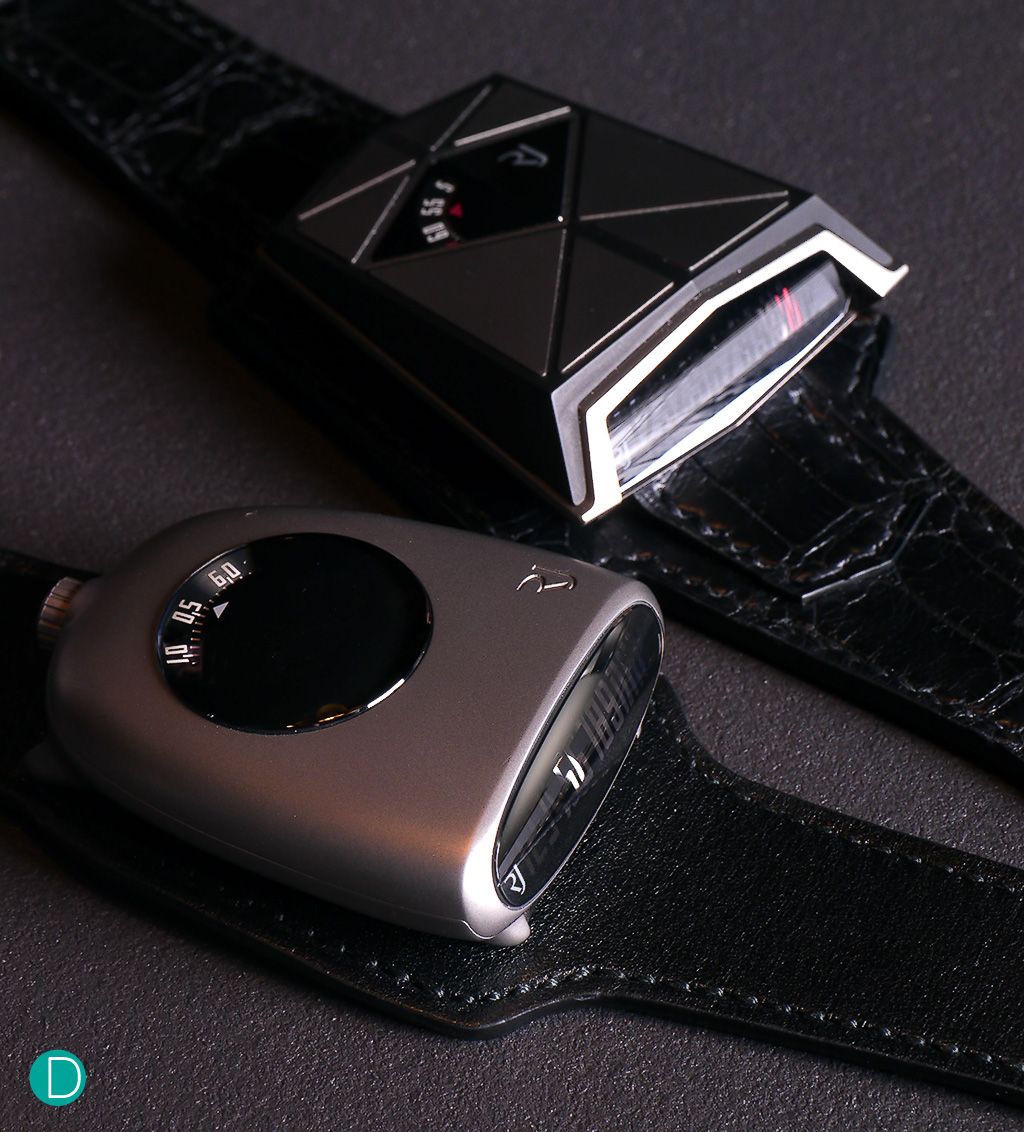 I am a fan of the Romain Jerome Spacecraft when I first saw it on a magazine years back. The Spacecraft is a unique timepiece, with a rather interesting way of telling time. I also like the unorthodox case shape, as well as the matching bund-inspired strap that came along with it. The De Bethune Quetzalcoatal is an alluring timepiece, with unique design cues from the myths and folklore.

The De Bethune DB25 is a mysterious and alluring timepiece, thanks to the design and the inspirations behind the watch. The theme behind this staggering timepiece is derived from the  Mesoamerican culture and civilization, in which it can be seen from the serpent and temple motifs that were featured on this timepiece itself.

What I particularly like about this timepiece is the attention to detail. The dial is beautifully designed, with different layers and finishing featured. I also like how it has a depth, or rather, the 3-D effect to it. I especially like the temple motifs that were used to tell time. The serpent motif was outstanding as well. The finishing of the motif was excellent, and I am intrigued by how the serpent’s changes its shape when it moves into different positions to tell time. This is one very special watch indeed. The Ulysse Nardin Freaklab, a watch that is constantly outdoing its predecessors.

The Ulysse Nardin Freak has been one of the more important timepieces in the world of horology, especially in terms of technical prowess and progression. The Freak was one of the first watch that uses silicon for its escapement wheels, and it is also one of the few watches that totally devoid the use of a crown to wind the watch or to set the time.

The new Freaklab uses silicium in the construction of the oscillating wheel. The oscillating unit has been equipped with UlyChoc shock absorbers, entirely designed, developed and produced in-house. A classical system comprises five micro-elements: the block, the setting, the jewel, the counterpivot and the spring. With simplification in mind and special focus on efficiency, Ulysse Nardin replaced three of these functions with a single one-piece component made of silicium, a genuine world first which is the subject of a patent application. This solution avoids forces of play and friction, enabling the balance staff to be perfectly recentered in the event of an impact. Other improvements include the date indicator, and a redesigned gear train.

The Freak has been an interesting watch, and it manages to impress us once again. Well done!

I thought there were a few other outstanding pieces that were showcased during this year’s Baselworld. The new HYT H3 is certainly one intriguing timepiece, and the blue Tudor Pelagos is definitely one very good alternative to the ridiculously expensive Rolex Submariner “Smurf”. The Seikos were no slouches either, especially with the new Grand Seiko and the Marinemaster.

My choices are mainly based on the aesthetics and impressions of the timepieces this time round. It is a situation where the heart rules more than the head, and it may not be rational at times. But then again, this is why it makes the hobby so interesting after all!