Throwback Sundays: Six Watch Recommendations to Elevate A Collection to the Next Level, from Our Archives
Previous
RANDOM
New Release: MB&F HM8 with pics and full specs.
Next

To win a Watch Collector’s Heart, Smartwatch designers need to get Smart “The Swiss watch industry is in trouble.”

They were fairly ill considered words coming from gifted designer and smartwatch creator, Sir Jonathan Ive of Apple. Is he not aware that all watch idiot savants experience a love for mechanical movements and an almost irrepressible disdain for quartz/microchip powered watches?

The launch has come and gone and two editions in, the Apple Watch has made nary a blimp on mechanical watch market share primarily because when it comes to levers, gears and pinions, the artistic and poetic elements outweigh the functionality and precision of “smart” timepieces since the Casio Calculator. That is not to say that collectors don’t appreciate watches like Casio, the truth is for many watch collecting is tied to a force akin to gravity – emotional resonance. Simply put, the sum total of passion or desire for a watch can be boiled down to a handful of factors: nostalgia, mechanical inventiveness and finally, head-turning design. Though it’s not absolutely vital for one to hit the trifecta, it’s often useful. Most of today’s watch grails tend to be a combination of one or more points – the Royal Oak possessed a never before seen shape and a cool Jaeger-LeCoultre movement. Urwerk is mechanically inventive and head-turning. A Patek Philippe minute repeater invokes a bygone era of the mechanical inventiveness and nostalgia of returning to an era of elegance and refinement. The Omega Speedmaster Moonwatch, though not the most “peacock” of chronographs like the Daytona – occupies a slot in the watch box as a “must have” because it is one of the rare watches which does achieve the complete trilogy. Thus, for a digital watch, the barrier to clear becomes rather high – a calculator watch fits the bill – that cool “spy-like” computer watch from your childhood or a Seiko Japan Star Wars R2-D2 watch manages to overcome initial resistance by appealing to a watch collector’s childhood nostalgia. For us, the Apple Watch fails on many points save one – the crown but it simply doesn’t go far enough. Swiping, pinching and tapping simply doesn’t do it. For every digital watch which captures the heart of an watch idiot savant, there’s an innately physical property or tactile sensation which accompanies its use. A Devon Tread has moving belts and a very audible “whrr” for every motion. Even the Seiko Japan Star Wars limited edition watch has physical buttons to push. Let us put it this way, would you prefer to pull up on the joystick of an X-wing or fly the Starship Enterprise by tapping on a touchscreen?

More importantly, replication of “old school” details and aesthetics follows a little known design philosophy known as ‘skeuomorphism’. One’s first encounters with skeuomorphic principles tends to be almost always visual – your iPhone clock still looks like an analogue clock rather than a digital readout. Your iOS calendar or day planner looks like a leather bound folio circa 1990s. Sometimes, it’s auditory, the familiar “camera shutter sound” to denote when a picture has been successfully take. It’s a mimetic device – that is to say, it mimics real life objects to convey a sense of familiarity. An analogous example would be to compare and contrast bridge controls from Star Trek The Original Series from the 70s and Star Trek The Next Generation in the 90s – the NCC-1701D pioneers the futuristic “flat design” while Kirk’s NCC-1701 still required button switches and toggles. In smart devices following skeuomorphic principles, the toggles and buttons of Kirk’s Enterprise would be faithfully replicated to mimic the look and feel of the controls.

Ironically championed by Steve Jobs, skeuomorphism comes from the greek, skéuos for tool and morphḗ for shape. This type of design is the reason why your smartphone’s digital keyboard looks like a physical keyboard complete with drop shadows and the reason why despite the high-information capabilities of all smartwatches, the most downloaded app tends to be a variety of watch faces replicating the dials and subdials of beloved mechanical watches. But it is still not enough.

Smartwatch designers would be wise to use Skeuomorphic design principles

The best exemplar of skeuomorphic design comes from 2002’s TAG Heuer Kirium Formula 1. Designed by Jorg Hysek, it was the perfect combination of analogue and digital timekeeping. Beneath the surface of the black dial were computing innards which not only provided chronograph functions but also a perpetual calendar programmed for accuracy till 2099. Primitive by modern standards, a blasphemy to some horological purists (quartz movement) but still it was a much beloved and missed timepiece sought after by collectors today. For many, it was THE watch that got them started. For others, watching as I did, on the wrist of Colin Farrell as a spy in training in The Recruit, it was a vision of the future. Grounded yet elegant, the Kirium was a timepiece which covert operatives could realistically wear without the cheese of printer tape messaging ala James Bond’s Seiko 0674.

The only way a smartwatch would ever threaten the mechanical watch industry was if designers practiced the same bold attitudes towards avant-garde designer as Hysek. Your regular smartwatch has little or no water resistance, whereas something designed similar to the Kirium Formula 1 could hit at least 100m easily. More importantly, given that Hysek already produced a working concept in the 90s, you could do away with the touchscreen, irrelevant on that sort of digital real estate anyway and go with something more primal – keep all smartwatch selection and actuation functions on a turning bezel ala the original iPod’s clickwheel. Incorporated with traditional chronograph pushers, there would be more than enough avenues for user input than a postage stamp-sized touchscreen anyway- let’s face it, no one is going to be using on-screen keyboards to type emails for something that size. But more importantly, it would add a very emotive and mechanical touch to something overtly high tech. This would be the best use of skeumorphism.

Analog physical three-hands would keep such a smartwatch firmly rooted in mechanical traditions with sweeping seconds right till the moment of activation. The ultra thin calibre with exhibition caseback ticks quietly until a button tap “wakes” the timepiece into a ringed dial of icons. Rotate your bezel to the desired app, push down and have your email text scroll through like the news ticker of CNN. How a smartwatch faithful to skeuomorphic design principles might look.

The only thing smartwatch makers like Samsung, LG and Apple have gotten right so far is the decision to make watches in metal cases but given how quickly electronics become outdated and obsolete, even TAG Heuer acknowledges this shortcoming with an attractive trade-in policy where owners of the TAG Heuer smartwatch can “upgrade to a mechanical” edition.

More importantly, CEO Jean-Claude Biver is cognizant of skeuomorphic principles by developing three specific digital watch dials replete with iconic design codes of their Carrera collection watch faces: the chronograph dial, the 3-hand and GMT in a series of three colours (black, deep blue or pearl white), each faithfully reproducing the appearance and functionality of a real dial from hands, index, counters, date window, minute track, right down to the shadows under the hands. While the TAG Heuer smartwatch follows through with many traditional watchmaking details like solid satin and brush finished metal case construction (in TAG’s case grade 2 titanium) with raised bezel numerals and the addition of a crown – it doesn’t go all the way. LG’s Urbane watch and Huawei follow in the same vein sans bezel (to maximise screen real estate).

There’s no denying that the 2nd and 3rd iteration of smartwatches that have come from the likes of Huawei, LG and Samsung all come packing scratch-resistant sapphire crystal glass, a forged 316L stainless steel or precious metal unibody design, sometimes even in DLC treatment. It’s a far cry from the moulded plastic but painted to look like metal consumer wearable that was first launched late 2010. But still no cigar. 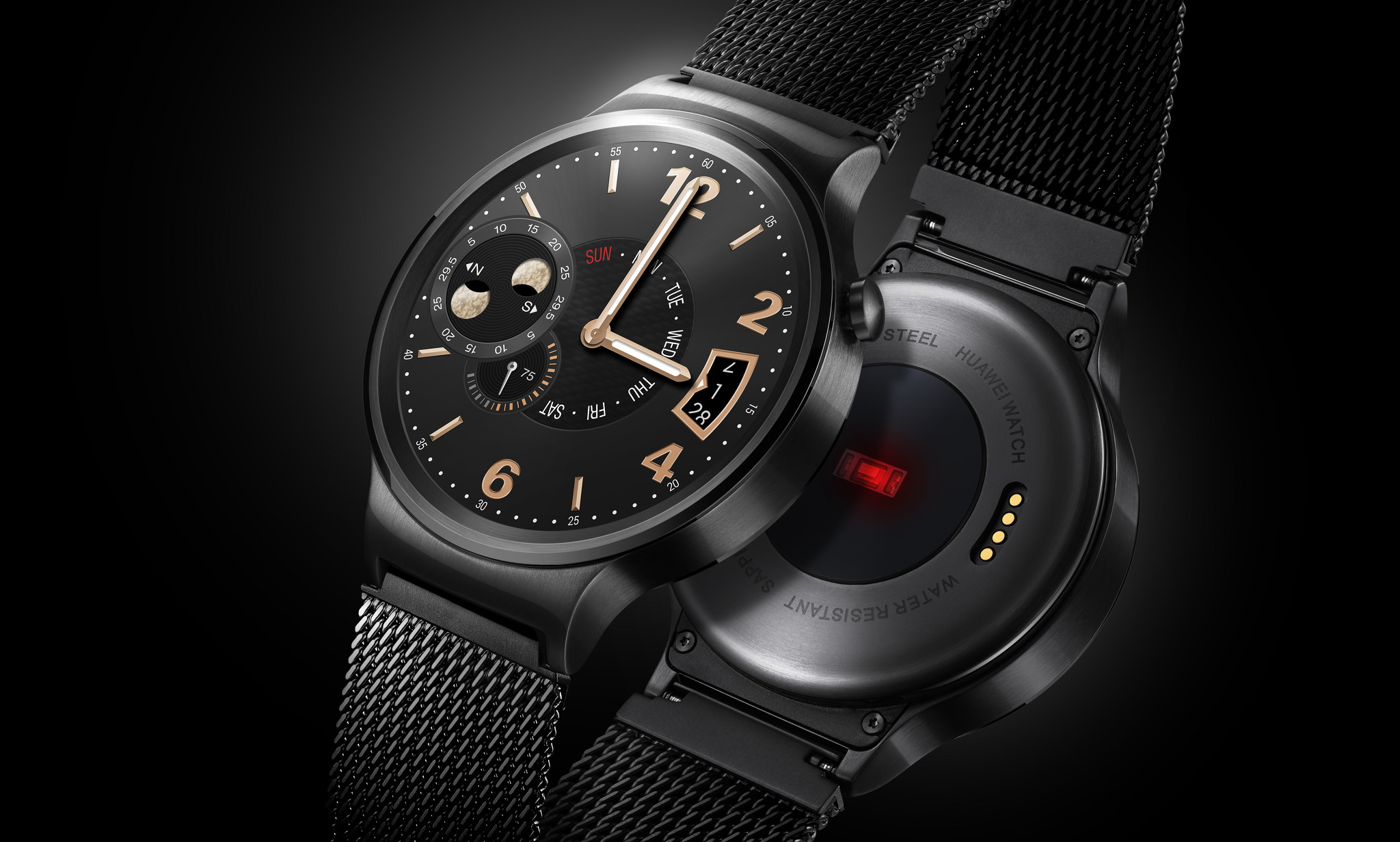 Huawei smartwatch is typical of many 2nd generation smartwatches, taking great effort to include physical elements like crown, sapphire crystal, stainless steel construction and milanese bracelets but again, it misses the point. Kairos: So close. Yet so far.

Stepping in the right (if in reverse) direction is Kairos. Dubbed “mechanical smart watch hybrid”, Kairos MSW115 and the Kairos SSW158 watches offer two post-modern takes on what it means to be a mechanical watch of the future. Two faces/dials, one driven by Japanese Miyota caliber 82S7 like those found in the P-series SevenFriday watches and the latter, Swiss Soprod A-10. ABlogtoWatch goes into great detail but again, we feel that by putting its LCD touchscreen on top with mechanical features obscured below, it betrays the collector’s sentiments – a mechanical watch should always put its best gears forward.

The best contender so far, comes from Arny Kapshitzer’s Hyetis Alpha. Launched in 2013 and then re-named in 2014, it’s a smartwatch project with a mechanical soul that has been plagued with design and production issues since its inception. On paper, the Hyetis Alpha has automatic mechanical movement (Swiss Sellita SW300) with a 48-hour power reserve following many of the features that we feel would entice a collector to take another look.

The use of ceramic or compressed carbon case, with AR coated sapphire crystal and polished rhodium hands and applied indexes follow a faithful list of high horology features while sitting on top of twin OLED displays. By putting the mechanical components at the fore, it’s no longer just a smartwatch but a mechanical watch with smartwatch features. Instead of pawing at the glass, Arny Kapshitzer’s Hyetis Alpha invites you to gesture at the device assisted by motion detection. While we are not completely sold on the idea (again, who doesn’t prefer the feel of gears-on-gears as we wind our watches or adjust the time), it does avoid the usual smartphone pitfall of smudged glass. Unfortunately, it’s still vaporware at this point.

At the end of the day, a “Jesus mechanical watch” would be a timepiece with the nigh omnipotence of computer microtechnology and the soul of a Swiss mechanical movement. Most importantly, it would be the timepiece which makes people go, “Jesus! Check that out!”. And we are still waiting for it. 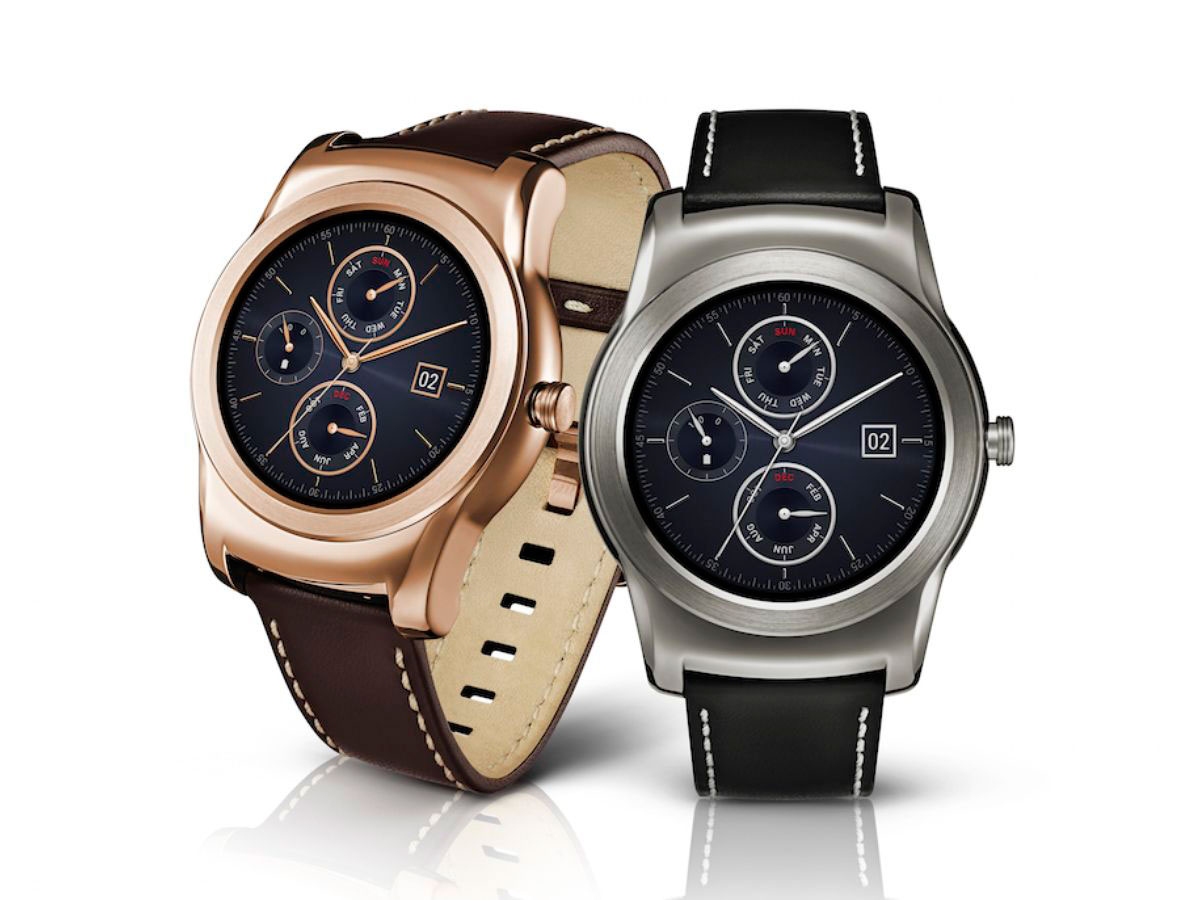 The LG Urbane tries. But fails.