Throwback Sundays: Six Recommendations for a Mother’s Day Gift from Our Archives 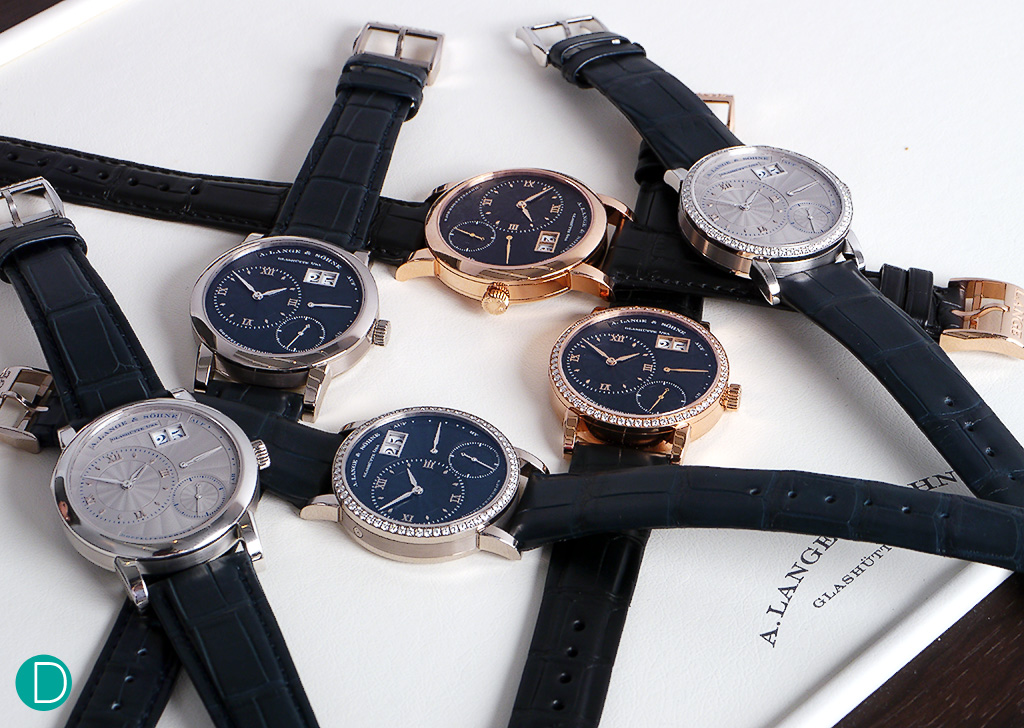 This week’s Throwback Sunday is a little special, as we are going to feature six timepieces from our collection that we think will be fitting for an important lady in our life. Our mothers. So here are our recommendations for a Mother’s Day Gift.

Mother’s Day is a day in which we celebrate and commemorate mothers. Our own mothers, or the mothers of our children. True its a Hallmark-type day, but it gives us reason to pause and appreciate mothers. We think that it is a wonderful occasion to buya nice timepiece to show your appreciation and gratitude. Not sure which timepiece to select? Well, fret not as the we are recommending six timepieces that we think will be excellent will fit the bill! The Jaeger LeCoultre Ivy Minute Repeater, on a bed of flowers.

The first watch that we are featuring is the Jaeger LeCoultre Rendez-Vouz Ivy Minute Repeater. This one is a tad different, and perhaps even a extraordinary. Many brands just focus only on the aesthetics for their lady wristwatches. Jaeger LeCoultre, on the other hand, have incorporated traditional horology complications. This particular watch, for example, is fitted with a minute repeater. Other variants include one that is fitted with a moonphase display, and another with a sky chart. The Miss Golden Bridge by Corum, for the lack of a better word, is elegant. It simply exudes class and taste, thanks to its iconic design and its simple, feminine looks. If fact, we think it will look really classy when it is paired with a beautiful ball gown.

The Miss Golden Bridge is based on the famous Golden Bridge. The case is reduced in width, which has a slimming effect, and look rather more feminine than the original male intended version. The photograph above shows this to good effect. The movement is the same as the original, and designed by the illustrious Vincent Calabrese. Encrusted with diamonds on the bezel, a girl’s best friend, what more can we ask for? We think that this is worth a consideration as a Mother’s Day gift. Our deployant friend shares her wonderful experience of owning the Miss Golden Bridge in this article. What we like about this is that the Little Lange 1 is that it is done tastefully. First, the size of the watch is reduced to fit a smaller wrist. Next, the bezel is substituted with a diamond studded one. The bezel consists of 64 brilliant cut diamonds, and we thought that it adds a nice feminine touch to watch. All the while, the same L901 movement adorns the watch.

The one that we have featured here is cased in white gold, and it features a blue guilloched gold dial. Click here to find out more about the other variants of the 20th Anniversary set. The Blancpain Nuit et Jour available in 18k red or white gold case features some interesting techniques in the dial.

The Nuit et Jour is a joy to behold. It features a very pleasant mother of pearl dial, as well as an enchanting “day and night” indicator. Aside from aesthetics, the watch features some interesting horology. As mentioned, it has a “day and night” indicator. The retrograde hour hands is also an interesting complication for a feminine timepiece. On the softer side, it shows off some intricate detail using artistic techniques like la décalque (depositing material), le champlevé (contour forms in relief), and le marquetage (integration of superimposed motifs in mother of pearl).

The Blancpain Nuit et Jours is really extraordinary, and we waxed lyrical on the watch here. Now, we have something that has roots in royalty. The Reine de Naples is a collection of watches that were inspired by A. L. Breguet’s commissioned by the Queen of Naples. Indeed, not only it was commissioned by royalty, it was originally one of the very first watches intended for ladies. Our recommendation is the modern day incarnation of that magnificent piece unique made for the Queen.

This timepiece features an egg-shaped case, in which it is encrusted with 139 diamonds weighing 1.32 carats. It also features a beautiful mother of pearl dial, elevating and heightening the sense of elegance in this timepiece. It draws the “oohs” and “ahhs” from many a feminine admirer.

We have a short write-up on the Reine de Naples here, where we delve into its history, its creation and more on the watch. Definitely an interesting piece for a Mother’s Day gift! 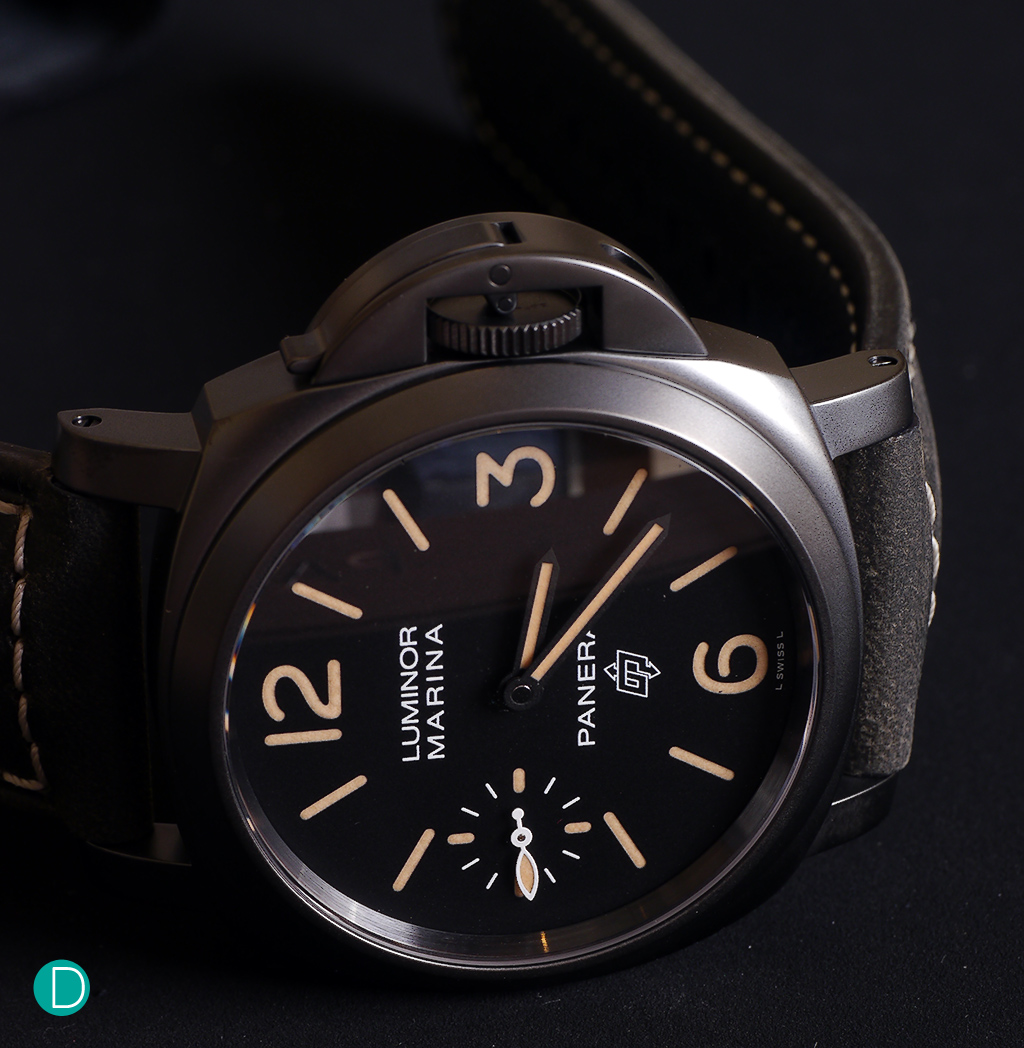 The last piece in our write-up is a little intriguing, as it is not a ladies’ wristwatch per se. What we have here is a Panerai Luminor Marina, or more specifically, the PAM559. This particular Panerai timepiece is commissioned as a limited edition piece, made specially for Revolution Magazine’s 10th Anniversary. More information on this particular wristwatch can be found here.

We included a somewhat male military styled watch in this recommendation because there seems to be a trend for ladies to wear men’s timepieces on their wrists. How wonderful we thought! Panerai watches seem to have attracted the ladies, and we thought that it would be an interesting purchase as a Mother’s Day gift. Now, are we seeing a revolution of some sort here?

It is more interesting to see manufacturers placing more focus on ladies timepieces, instead of the usual quartz alternatives that used to flood the market in the past. Ladies are definitely spoilt for choice now, especially for those who prefer their watches to come with complications.

Another interesting trend that we have seen (actually not a recent trend, but one which we have observed for a whlie now) would be ladies wearing men’s timepieces. In fact, many ladies are seen wearing men’s Rolex and Panerai wristwatches. Instead of the watches looking oversized and all, it actually looks rather nice on their wrists.

Returning to our theme, we think these selection are good ideas for a Mother’s Day gift. No matter which path one take (be it buying Mom an elegant ladies’ timepiece, or a more masculine one), it is the thought that counts. And that, my friends, would suffice. Happy Mother’s Day!