Seiko launches three popular diver’s timepieces from their collection, but in an all black case. The three watches are namely the SRPC49K1, a three hands automatic diver with the iconic ‘turtle’ case shape, and two solar quartz watches, the SSC673P1 chronograph and the SNE493P1, a time-only diver. 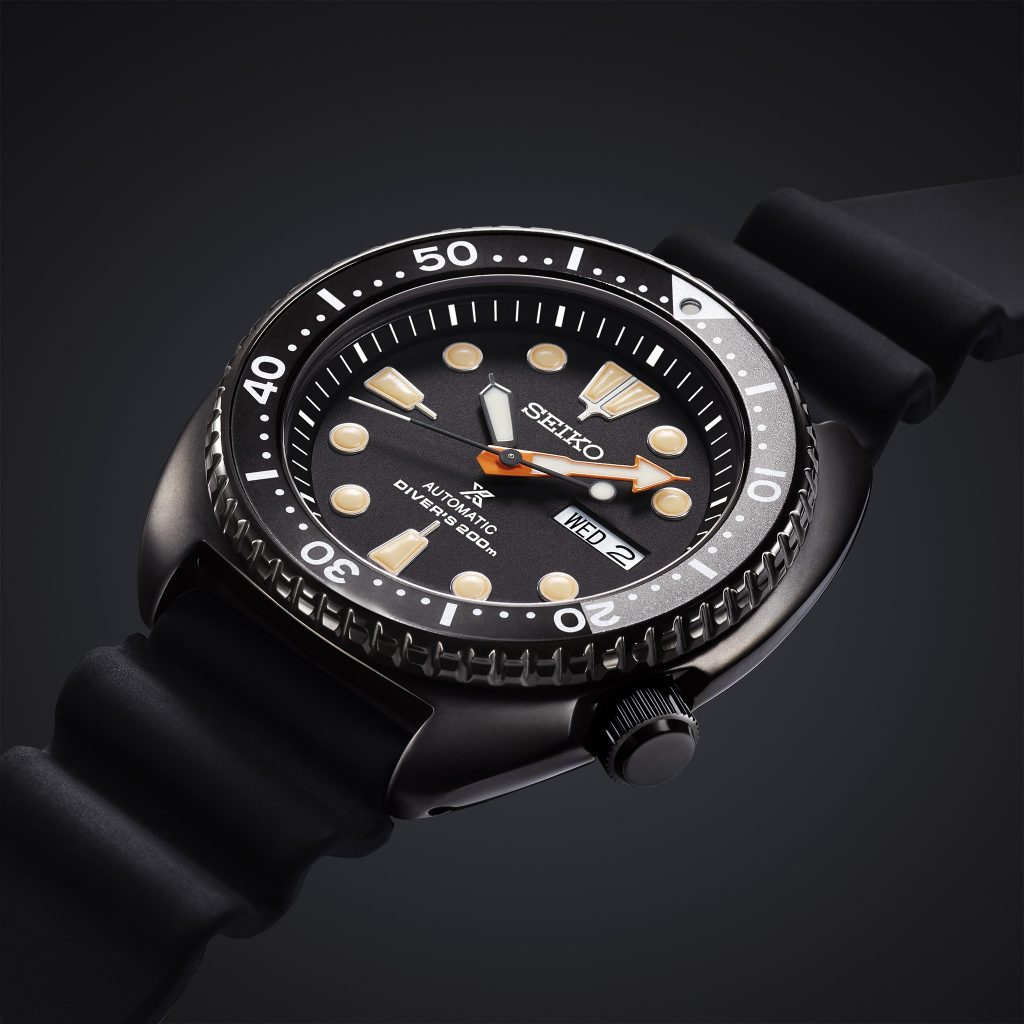 Among the three watches, the SRPC49K1 which uses an automatic 4R36 movement is easily the most desirable for many collectors. Although Seiko can be seen as spinning off multiple editions to essentially the same watch, this variant in a ‘black coating’ case could still be a fun addition for those who already have a regular steel turtle. 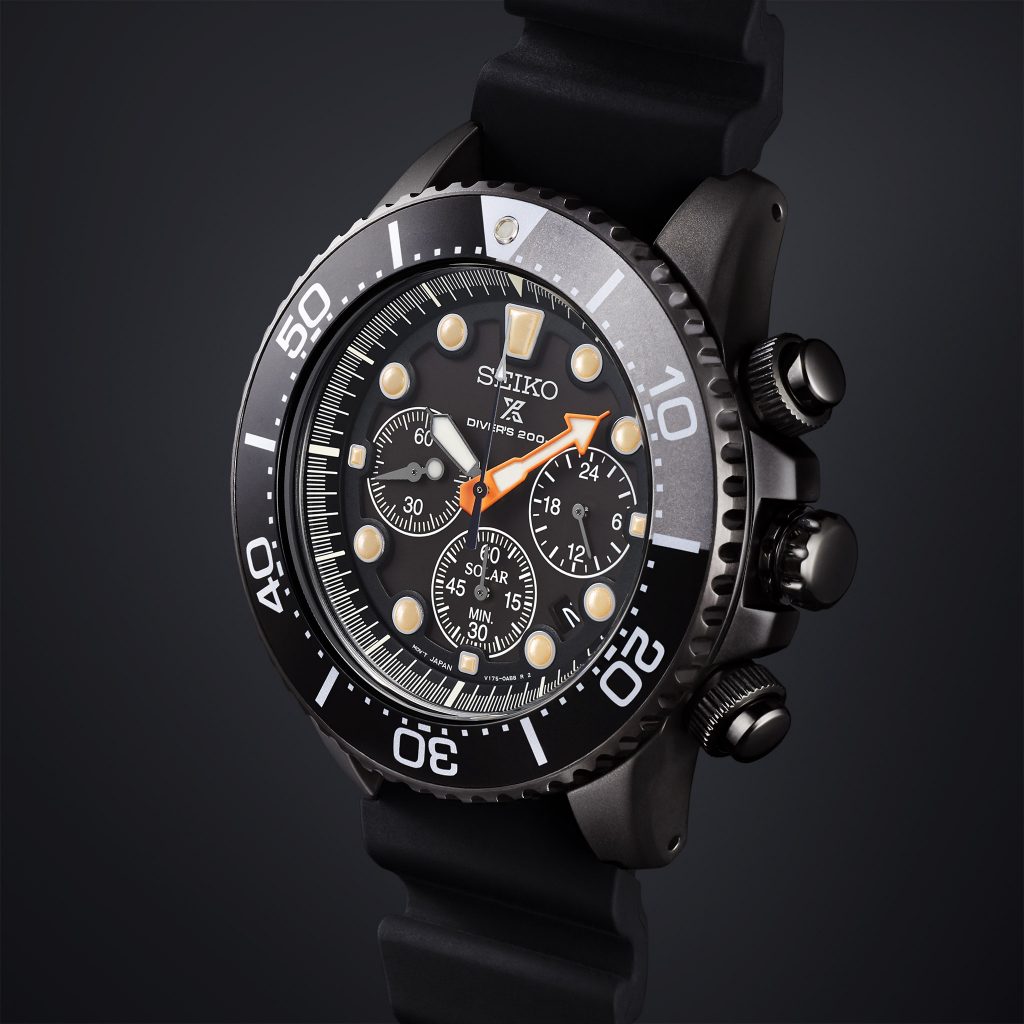 Unlike the more traditional automatic SRPC49K1, the solar powered timepieces uses Seiko’s solar technology that is able to convert all types of light into energy to power the watch. While the automatic 4R36 movement beats at 21,600 vph and has 41 hours power reserve, the solar powered SSC673P1 and SNE493P1 have 6 and 10 months of power reserve respectively. That said, it is not the most sensible to draw a mechanical or a quartz movement into comparison, since both function for different needs.