The Chief Editor's Note: I remember Günter Blümlein
Previous
RANDOM
Throwback Sundays: Six Watch Recommendations for a Boys Night Out, from Our Archives
Next Aqua Lung is the name that first introduced the world to modern underwater diving more than 60 years ago when Jacques-Yves Cousteau, French naval officer, author, photographer, researcher and explorer developed the very first “Aqua-Lung”, now known as the world’s best professional and recreational scuba diving equipment. He had pioneered the creation of modern diving equipment in 1943, making underwater exploration possible since then. Today, Aqua Lung has revolutionized the scuba diving experience by setting industry standards for scuba equipment in technology, comfort, safety and design.

The DOXA SUB is now in its third generation of collaboration with the Cousteau family, including partnerships with Jean-Michel Cousteau and his Ocean Futures Society, and more recently as the timekeeper of choice worn by Fabien Cousteau in his record-breaking Mission 31 undersea expedition. The modern DOXA SUB still shares many of the distinctive details established by the original purpose-built SUB, including the, patented “No-Decompression” rotating bezel, and the signature bright orange dial. 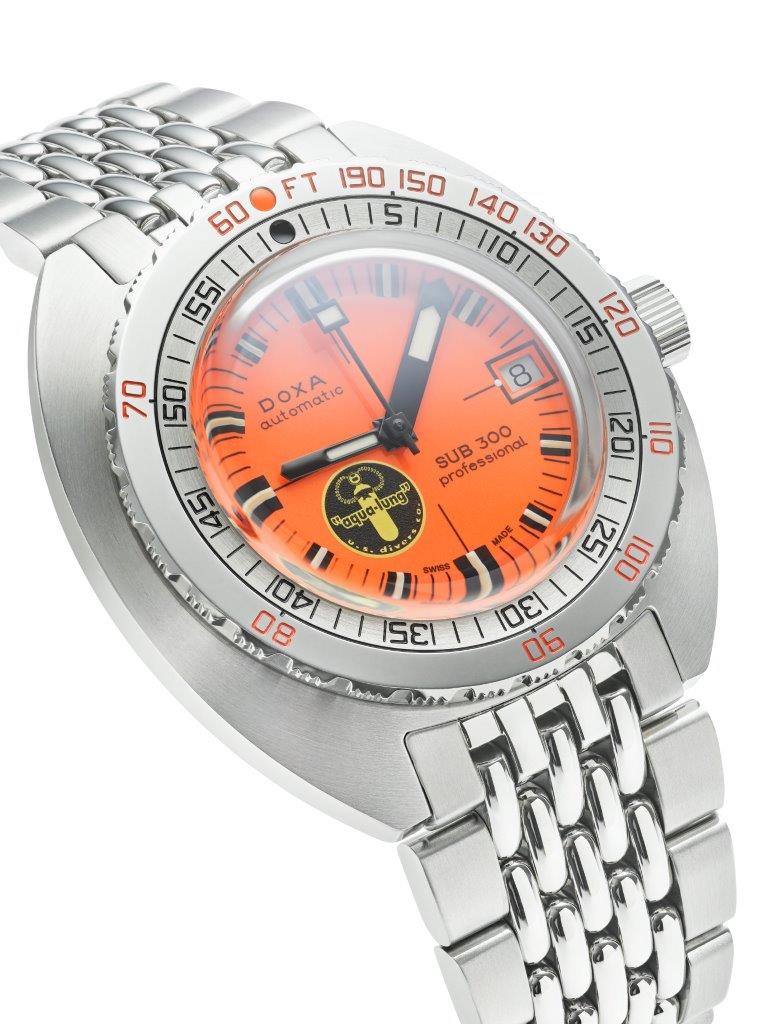 This special SUB 300 dive watch pays homage to its 1967 counterpart: a prototype SUB produced in extremely limited numbers, nicknamed “Black Lung” by collectors for its yellow-on-black US Divers logo, and featuring the “aqua-lung” logo at 8:00.

Lauded for its professional-grade quality and bright orange dial, the SUB ultimately won the approval of the pioneer of modern diving himself. US Divers distributed the watches, and in 1998, US Divers and Aqua Lung consolidated brands under the Aqua Lung name. As a dependable, colorful departure from anything of its time, the SUB quickly became the benchmark against which all other dive watches were measured. 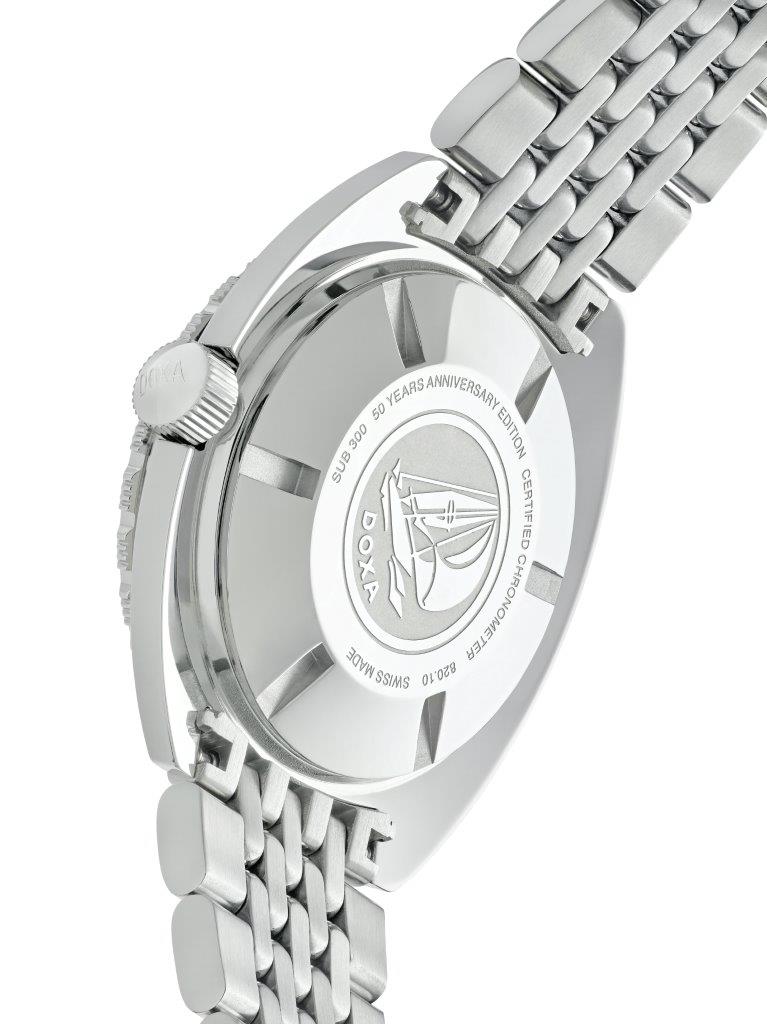 Like the original SUB 300, the case of the modern special edition is machined from a solid block of stainless steel, measuring 42.5 mm in diameter, and 13.4 mm thick. It is powered by the robust ETA 2824-2 automatic caliber, and finished with a generously domed bubble sapphire crystal and DOXA’s signature stainless steel “beads of rice” bracelet which tapers to an integrated wetsuit extension. The serrated, unidirectional timing bezel also displays a patented DOXA innovation: an integrated “no deco” scale, engraved in orange, per the US Navy’s maximum no-decompression limits for safe recreational diving.

The DOXA SUB 300 Black Lung is anticipated to ship in December 2017, and will have a price of US$2,590. It will be limited to 300 pieces, which will be presented in a single dial option only: DOXA’s signature ‘Professional’ orange. Purchase can be done directly via the DOXA watches website.