Jacob and Co partners with Bugatti to celebrate their 110th Anniversary (Bugatti).

Two pieces are new in this series. With the French Flag on the dial to match Bugatti’s Chiron 110th Anniversary Piece. 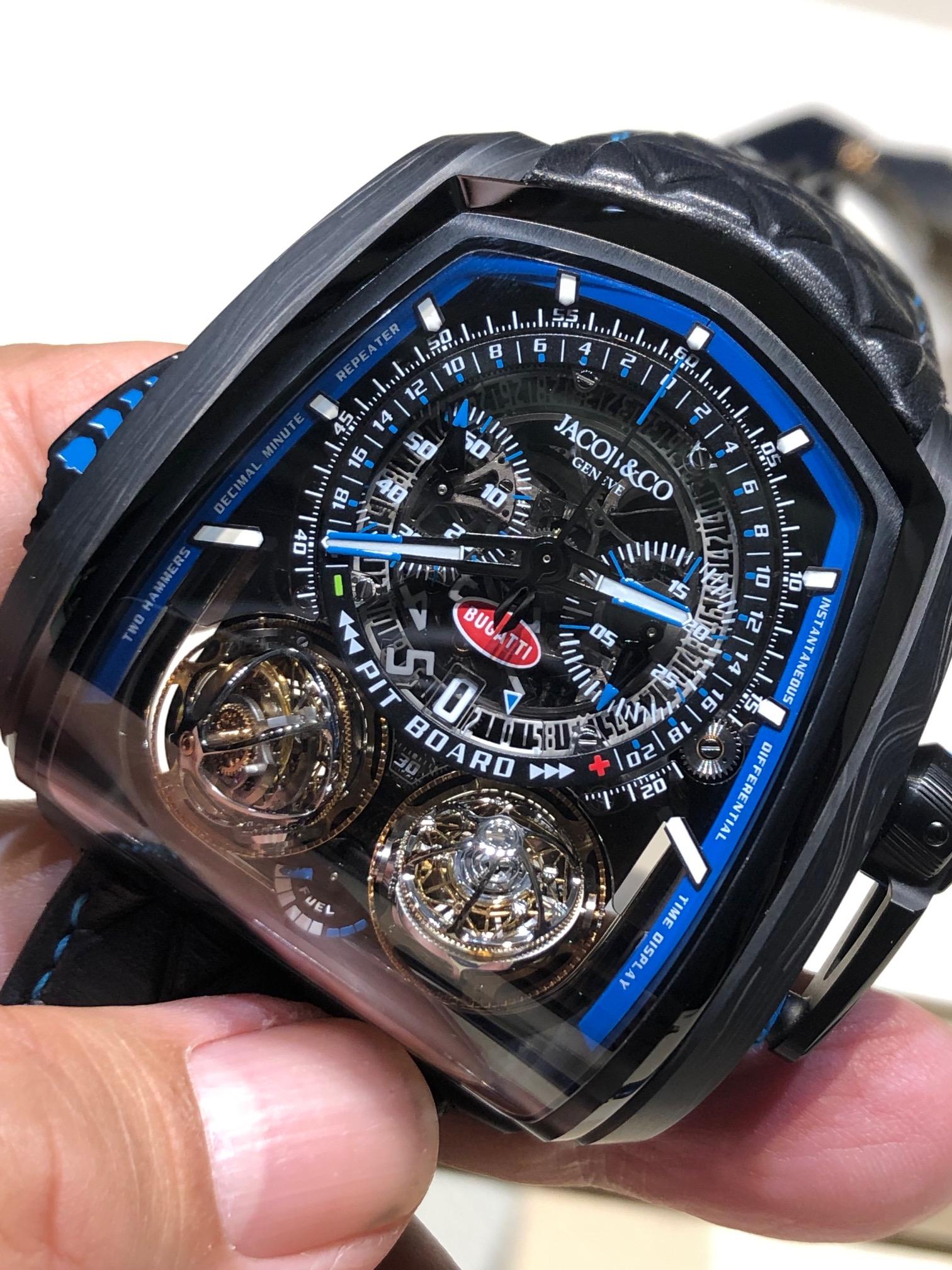 Also new is the Astronomia Maestro. Triple axis tourbillon now flying with a new cage design. Minute Repeater carillon with spiral gongs. It is also equipped with moon phase and date. An astronaut theme with a man in a space suit over the background of the space. LE 18. CHF 780,000. And a classical Astronomia with mechanical roulette. A 8 launches a ceramic ball across the roulette tracks. Every activation of the ball also winds the watch. The movement is automatic winding. LE 18 at CHF 620,000.