The curtains have fallen on Baselworld 2017 but the show goes on here at Deployant. It almost felt like it was only yesterday that we presented our Top 5 SIHH picks. Time definitely flies, especially during this period of the year with back to back major watch exhibitions. From what we gauged, Baselworld this year had left the watch community feeling a little underwhelmed, a mood somewhat reflective of the state of the market. That said, there were still numerous novelties that stood out as clear winners during the show. Now that the dust has finally settled, we are here to shine the limelight on these gems. Without further ado, here is my personal top 5: This year Breguet introduced a new Classique 7147 to replace the old. While its predecessor came with the iconic Clous de Paris guilloché dial and Roman numerals, the new Classique 7147 is adorned with a luscious grand feu enamel dial (dimpled at 5 o’clock to form the seconds sub-dial) with Breguet numerals. It is foolish to say that one decorative art is superior to another, but I must confess that I prefer the look of the new Classique, for it is the perfect embodiment of purity and elegance. The Classique 7147 is available in rose gold and white gold and comes with matching alligator leather straps and gold pin buckles. The prices for the rose gold and white gold variants are USD21,500 and USD21,000, respectively. 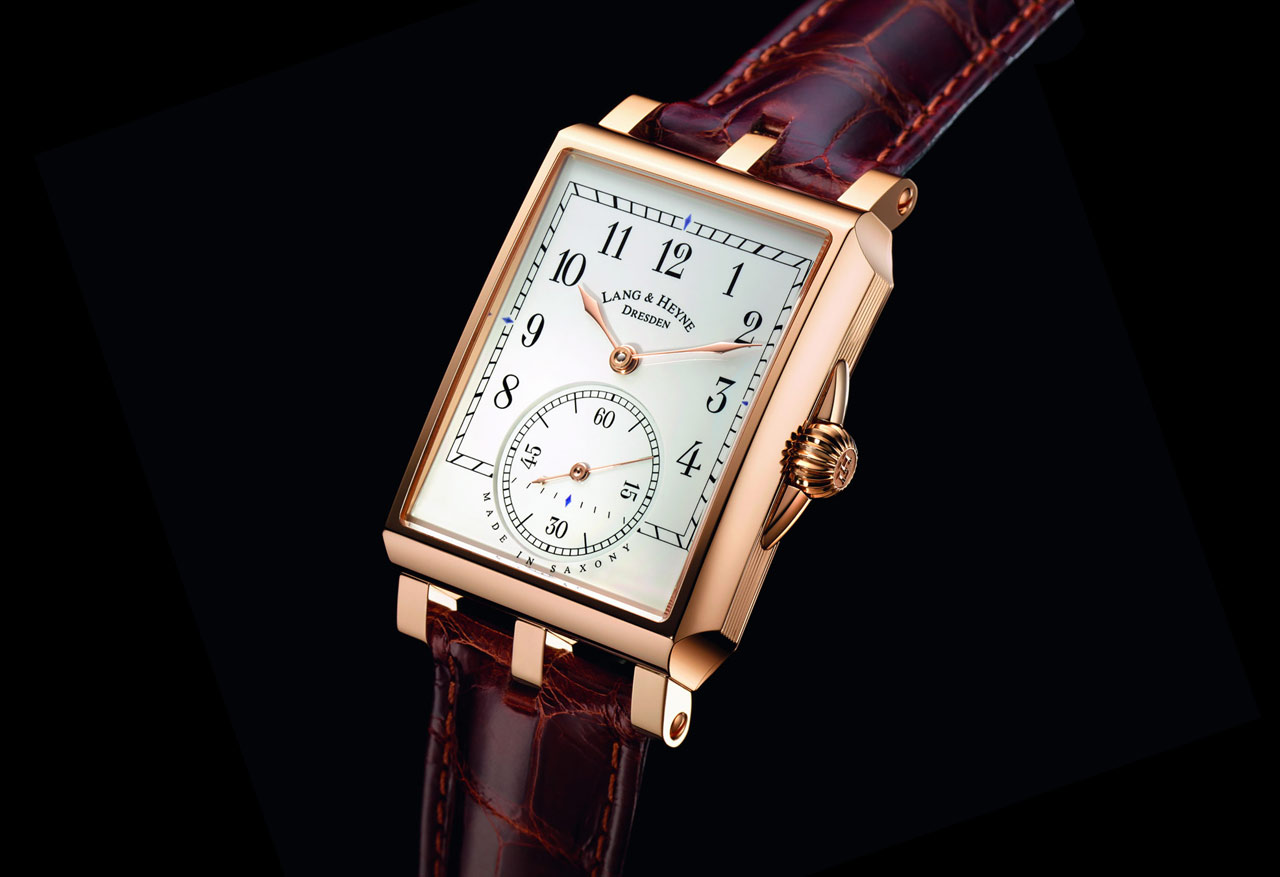 The Lang & Heyne Georg is perhaps my favourite novelty out of Baselworld 2017. Those who are acquainted with me know that I adore watches of German aesthetics and design. A rectangular watch is a difficult beast to tame but hats off to Lang & Heyne for pulling it off splendidly. Every element on the dial appears to be well-thought-out, from the pristine white enamel, to the off-centred railroad track minute scale and oversized seconds sub-dial. The view of the Calibre VIII from the case back arguably trumps the front, which says plenty about how gorgeous this movement is. The entire movement is revealed save for the mainspring which remains in barrel and the gear train is exquisitely exposed because the traditional bridges have been supplanted by black polished steel cocks. The already-picturesque movement is then topped off with a diamond endstone for the balance, the proverbial cherry on top of the cake. The Georg is priced at €26,410 for the rose gold model, €27,830 in white gold, and €33,490 in platinum. Being a complications and dress watch person, I never would’ve thought I’d pick the Aquanaut, out of all the new releases from Patek and the rest of Baselworld. This means that I genuinely feel Patek have got the aesthetics right for its 20th anniversary Aquanaut, the Ref. 5168G. The most noticeable differences on the new Aquanaut are aesthetic, namely the blue gradient dial and strap (its predecessor, the Ref. 5167, has a black dial and strap). To me, the blue of the new Aquanaut suits its aquatic predisposition and is striking enough to distinguish itself as the anniversary model. While I normally dislike the use of precious metal on sports watch cases, I feel that the use of white gold here is justified – it is the Aquanaut’s 20th birthday after all and something statelier than stainless steel is called for. Overall, Patek handled this anniversary piece with dignity and class. The Patek Philippe Aquanaut Ref. 5168G is priced at USD38,557. Rarely do Rolexes appeal to me, to be Frank. The Rolex Cellini Moonphase came to me as a surprise – a pleasant surprise. Revived in 2014, the Cellini collection now welcomes the moon phase complication into its stable. In fact, there has not been a Rolex timepiece with the moon phase indicator since the 1950s. The moon phase indicator on the Cellini Moonphase is not merely for show as it is accurate to a deviation of one day every 122 years. The reason why the new Cellini has tugged on my heartstrings so forcibly is probably because of my admiration for the old Rolex triple calendar moon phase watches, the Ref. 6062 and Ref. 8171. While the Cellini is far from being a doppelgänger of those exalted references, its radial date and moon phase display are strong reminders of the past greats. Crafted in Everose gold, the Rolex Cellini Moonphase is priced at USD26,750. The final (and most expensive) novelty that I’ve selected for this list is the delightfully sophisticated Breguet Marine Équation Marchante 5887. Apart from a tourbillon and a perpetual calendar, the new 43.9 mm Marine also features a “running equation” (équation marchante) function. The Marine Équation Marchante 5887 supersedes conventional equation of time watches; it simultaneously indicates civil time and true time by means of two separate minutes hands. The running solar hand, adorned with a faceted golden sun, provides a direct reading of solar time minutes that is both quicker and more user-friendly. While not quite the most complicated Breguet ever made, the Marine Équation Marchante 5887 will still whet the appetites of connoisseurs who appreciate ingenious mechanics and the poetry of astronomical complications. The price for the platinum edition of the watch is USD230,400 while the rose gold edition is priced at USD215,000.