Baselworld 2017 may have come and gone but some of the watches which caught our eye continue to remain on the top of our minds – a testament to the attraction and potential lasting power of a combination of eye-catching design, awe inspiring mechanisms or simply celebration of a brand’s heritage and history. Either way, here are some of the Executive Editor’s Armchair Picks for Baselworld 2017.

Two years ago, Christie’s New York held an auction for a lot of 50 Omega Speedmaster moonwatches. By the time the final hammer dropped, the undisputed leader of them all was unsurprisingly lot number 3 – an Omega Speedmaster reference 2915-1. A full specced ref. 2915-1 with production broad arrow hands, transparent caseback and its steel bezel intact. For Baselworld 2017, the legendary vintage chronograph returns in the Omega Speedmaster 60th Anniversary Limited Edition. More than just another limited edition, Omega used high tech digital mapping to replicate the original “Broad Arrow”. For those of you familiar, the “Broad Arrow” was not only the first Speedmaster, it was also the first chronograph wristwatch in the world with its tachymeter scale on the bezel as opposed to printed on the dial, setting the benchmarks for all modern chronographs. When the 3.12mm thin Finissimo Tourbillon was first introduced in 2014, it beat the ultra-thin tourbillon record previously held by Arnold & Son; in 2016, the Maison once again set a record for an ultra-thin Minute Repeater with thickness of only 5.15mm. Today, the new Bulgari Octo Finissimo Automatic is only 2.23mm thin for 40mm watch as compared to Piaget Altiplano’s 2.35mm. In short, Baselworld 2017 was another consecutive watch fair where Bulgari has demonstrated serious watchmaking kung-fu – Proving that Fine Swiss watchmaking and chic Italian swagger are a great combination.

For Baselworld 2017, the Longines Flagship Heritage 60th Anniversary hits all the right notes. Longines sold its first Flagship in 1957, and at the time it was a big success and a true classic gent’s watch. From the silvery opaline dial, thin almost non-existent bezel and fine lugs, driven with hand-wound caliber 30L, the original Longines Flagship was a blend of technical and artistic refinement. The St. Imier watchmaker celebrates 60 years of this iconic collection (from 1957 to 2017) at Baselworld 2017 with a heritage re-issue of the Longines Flagship in numbered and limited edition models available in steel, yellow gold and rose gold. Not plated, actual yellow gold and actual rose gold – a rare departure for the watchmaker and when combined with such gorgeous dimensions and detail (sans date no less), it’s a surefire winner with me.

The new Patek Philippe Ref. 5320G Perpetual Calendar is thoroughly inspired by a myriad of elements from vintage Patek Perpetual Calendars from the 1940s and 50s, the sort sought after by collectors’ watches that rarely show up at auctions even. It’s also a welcome reprieve from the many heritage inspired pieces because while this particular model is also heritage inspired, it’s more of a cocktail of many past models rather than a direct re-issue. The cream-colored (a detail which makes the Ref. 5320G Perpetual Calendar look vintage)  dial of the new Ref. 5320G adopts the same layout with some slight improvements by way of  small round day/night aperture and a round aperture for the leap year cycle with Arabic numerals flanking the 6 o’clock subdial. At the end of the day, it’s a Patek Philippe, even their models which evoke mixed feelings have a waitlist.

Ignoring 1:1 comparisons of technical specs for a minute, the Grand Seiko Diver Hi-Beat 36000 Professional 600m and the Tudor Heritage Black Bay Steel are dollar for dollar, spec for spec, some of the best value diver’s watches from the whole of Baselworld 2017. True, there’s the Rado Hyperchrome Captain Cook and while it’s pretty kick-ass, the brand didn’t take a risk and go out on a limb there. Both Grand Seiko (newly independent) and Tudor, really went in an unexpected direction here with their two professional diver’s watches. 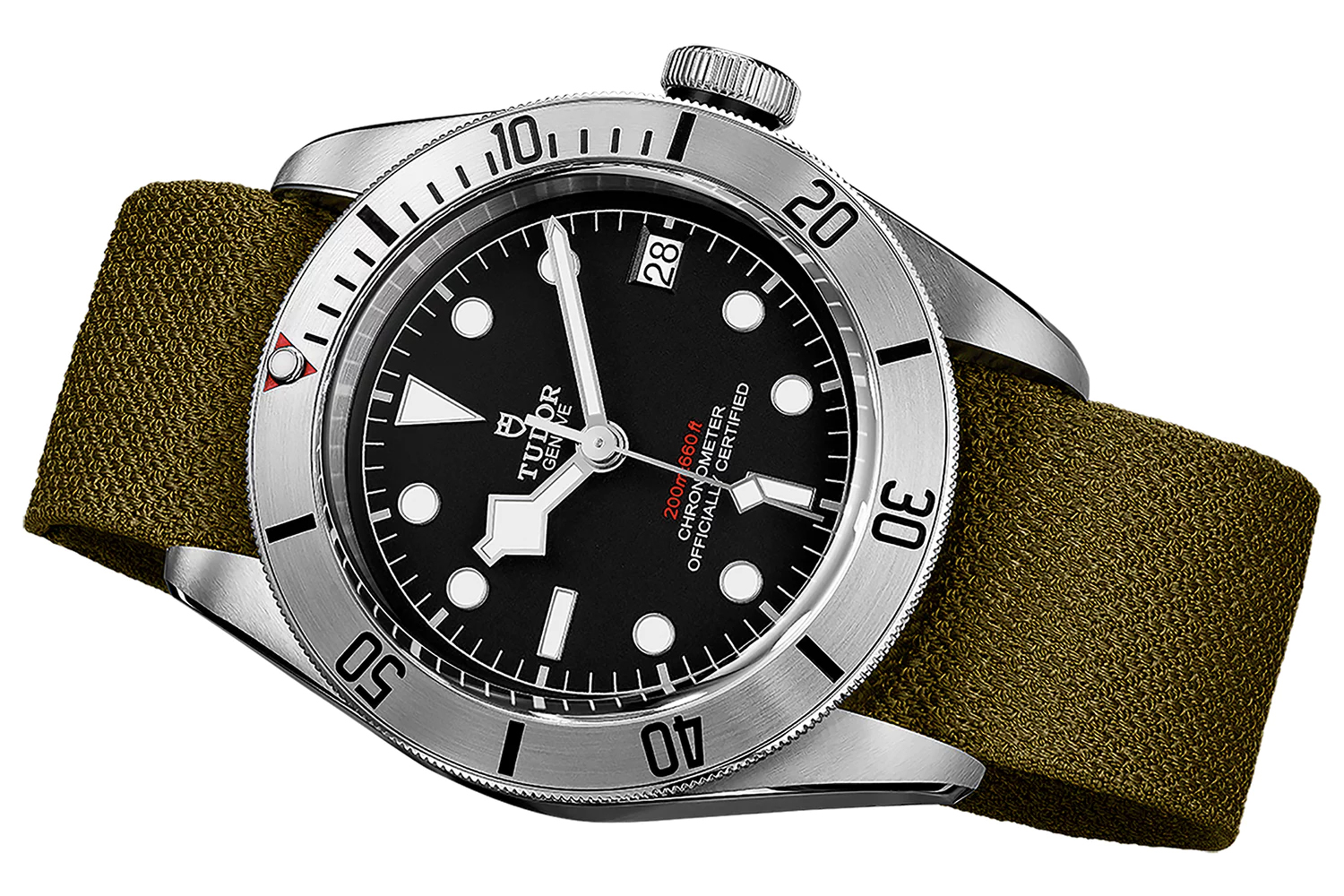 With the Grand Seiko Diver Hi-Beat 36000, you get all the tasty details like chronometric precision kept to -3 to +5 seconds a day and anti-magnetism with titanium case and bracelet and the distinctive clean edges that only Zaratsu polishing can achieve. With the Tudor Heritage Black Bay Steel, you also get a manufacture movement and the cool monotone-steel aesthetic with that ever-popular “single red” text which drives collectors crazy. It’s also probably the first diver’s watch you could dress up with without committing a fashion faux pas like James Bond.