Jeanrichard, formerly Daniel JeanRichard has long been awaiting in the shadows of her more illustrious stable-mate: Girard Perregaux. But the brand deserves more.

Daniel JeanRichard was responsible for the Swiss Jura region’s rise as a force to be reckoned with in the world of horology. He was born in the mid 17th century in Les Bressels, a small hamlet midway betweel La Chaux du Fonds and Le Loche. JeanRichard was a major force in the development of watchmaking in the region, and was not only involved in the production of watches, but also in the tools and machinery required.

In 1986, Gino Macaluso, purchased the name Daniel JeanRichard from Lemania. Those were the days before the heydays of mechanical watchmaking after the disastrous quartz years, and JeanRichard was then not a brand or did it make watches. Macaluso had just purchased the rights to the name. Eventually, Macaluso also bought the rights and the manufacture of Girard Perregaux, and decided to launch Daniel JeanRichard as a brand. As history would have it, the Sowind Group, which was holding vehicle for GP and DJR was purchased by PPR (Gucci) after the death of Gino. PPR became Kering as part of a re-branding exercise, and the group has gone from strength to strength, with two full manufactures under its belt with the recent acquisition of Ulysse Nardin. The Jeanrichard Terrascope with a bronze dial. One of the novelties from Jeanrichard this Baselworld2014.

Daniel JeanRichard itself underwent a rebranding exercise, to shed its image as the “cheap” Girard Perreguax. In the process, it undertook to shorten the name to just Jeanrichard, and embarked on making their own in-house movements. The JR66 and the JR1000 are examples of these efforts. The JR60 and JR66 powers the series of watches under review in this article. 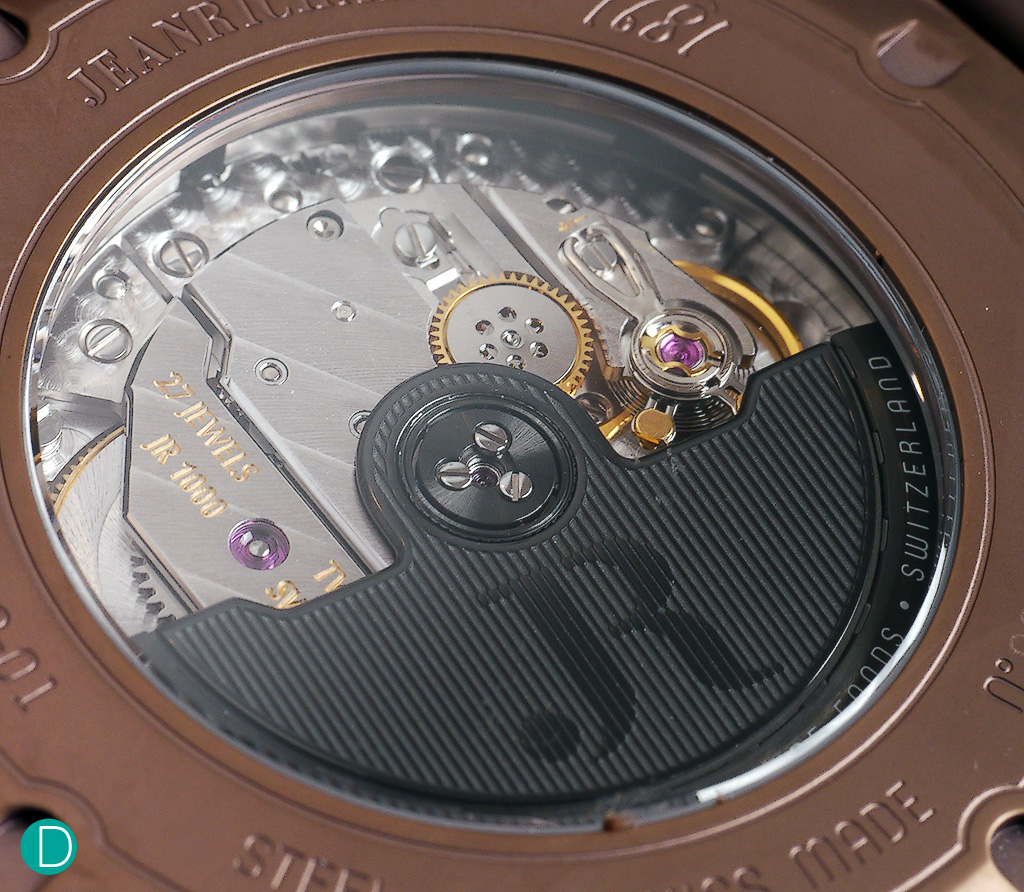 The JR1000 in-house movement. This movement powers the 1861 Heritage series.

The Terrascope comes in various case metal and dial combinations. One of the more interesting ones is the one pictured below: the raw bronze dial. 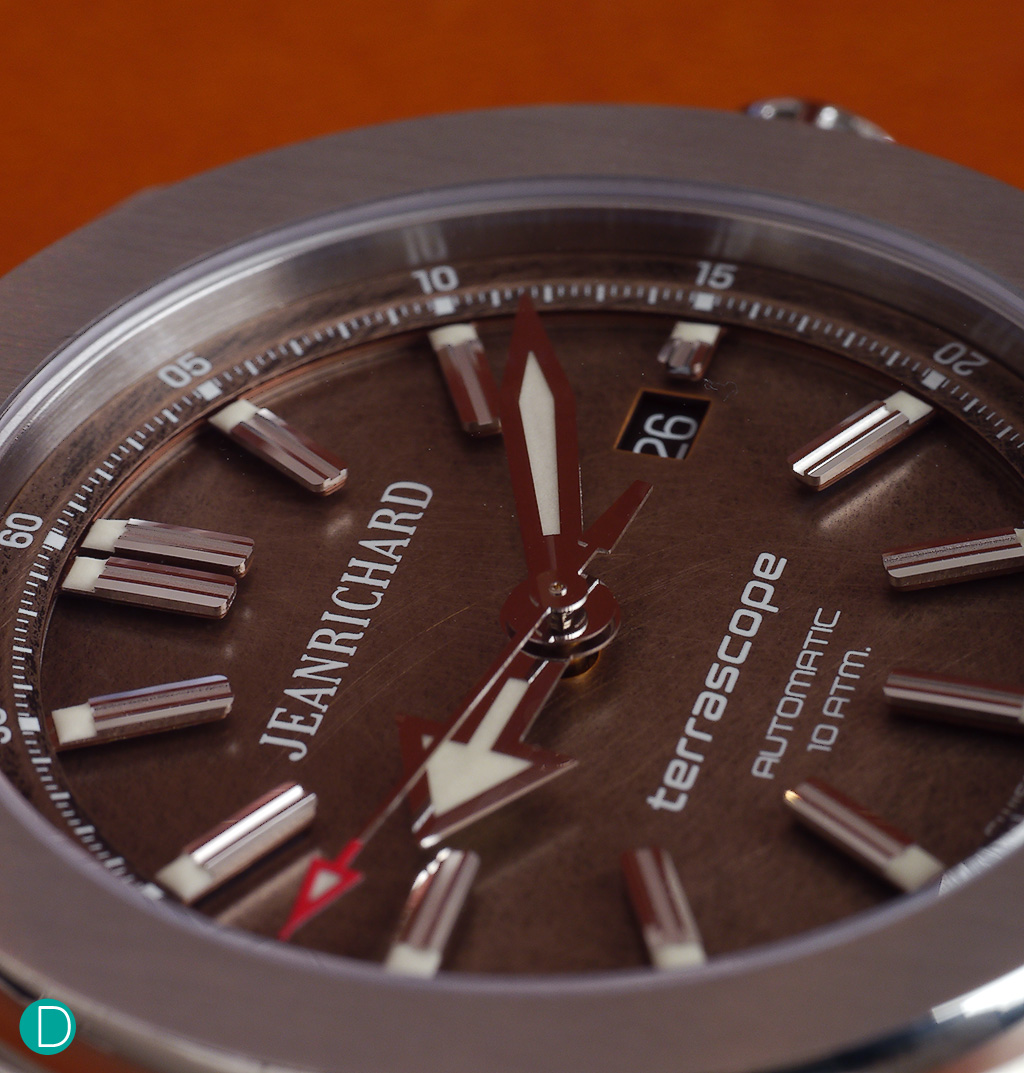 Jeanrichard Terrascope with bronze dial. The hue of the dial, and the unique texture catches light beautifully. The patina will no doubt develop over time, making each watch unique on its own.

Designed for diving, this series sports the same strong, bold cases, and are water resistant to 300m. Again, numerous case metals and dial designs are available. Jeanrichard Aquascope. As a diving watch, it comes with the requisite uni-directional bezel, with the first 15 minutes marked out. The watch measures some 44mm in diameter and is 13.5mm thick, quite a large heavy watch. This particular model is with the Hokusai dial, inspired by the famous woodcut Japanese artist Katsushika Hokusai known as “The Great Wave Off Kanagawa”. The Hokusai dial is available in black, blue and grey.